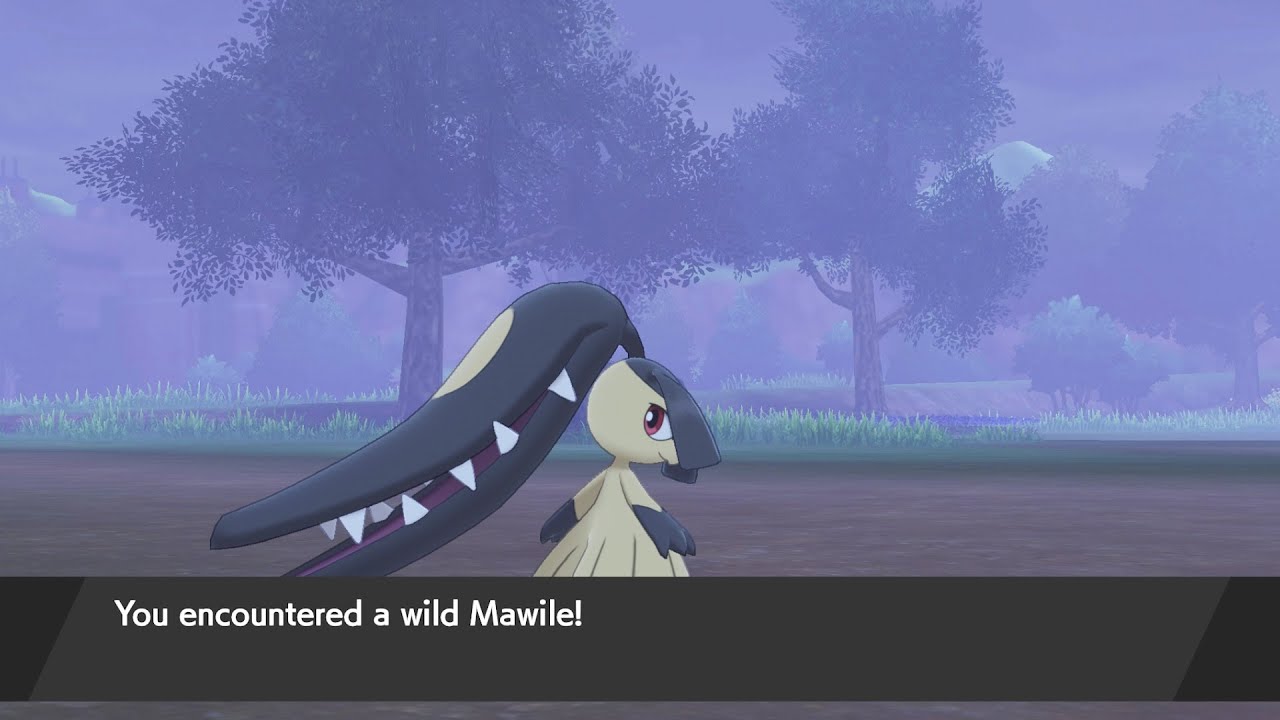 Mega Evolution might not be a feature in Pokémon Sword and Shield, but both Mawile and Sableye made it into the Galar Pokédex and are available to catch in the wild, with a few stipulations.

The main condition is that each Pokémon is exclusive to one of the games unless you find it as a raid boss in a Max Raid Battle. Mawile can only be found in Sword while Sableye is available to players using Shield—although you probably won’t be adding Sableye to your team until pretty late into the game.

Both share at least one of the same areas in the overworld and several potential raid locations, so finding one means you won’t have a hard time finding one once you have located the other.

Mawile appears rather early in the game as a random encounter in the grass when you reach Bridge Field, but it has only a 10-percent encounter rate during a Snowstorm. It will appear between levels 26 and 28 so you can grab it after you beat a few gyms.

The Fairy and Steel-type will also appear in the overworld of Dusty Bowl, but it will be at least level 42, so it is more of a late-game encounter in that area.

As for Sabeleye, it will only spawn in Dusty Bowl between level 42 and 47, which limits it to being a post-fifth gym catch at the very least. There are also better options for Ghost-types that you can obtain earlier in the game, so you might just leave this as a Pokédex filler.

Neither Pokémon is particularly hard to catch, just make sure you have a few extras of your version exclusive so you can trade it for whichever one you don’t have.