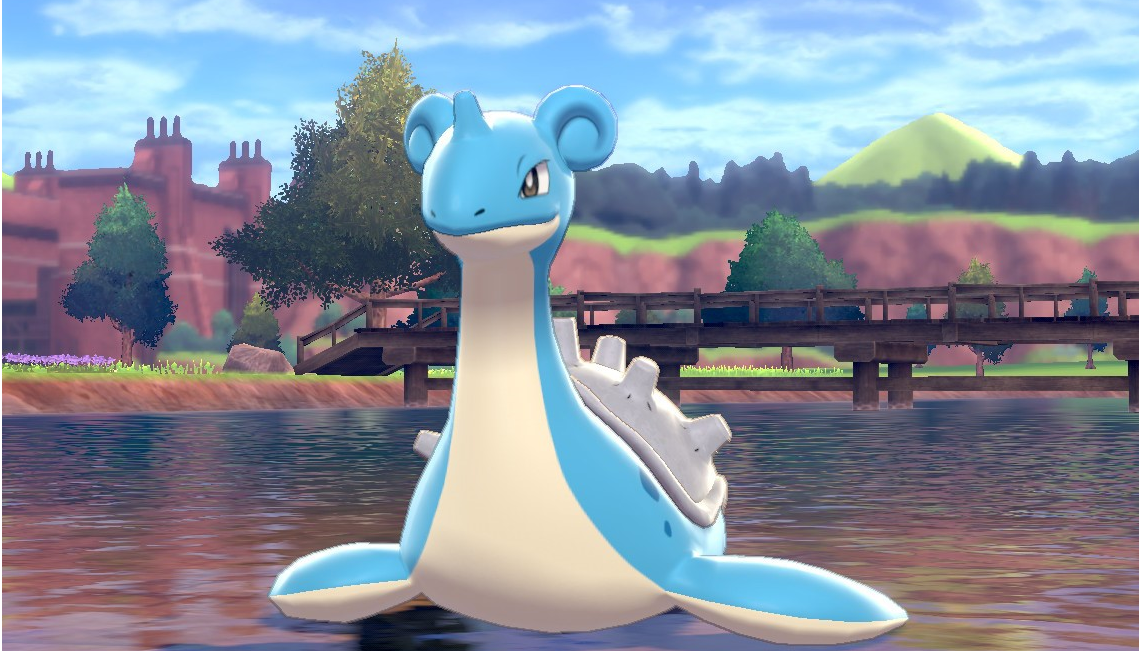 Pokémon fans can catch a wide variety of Pokémon in Sword and Shield. Many of the creatures found in the franchise’s first region, Kanto, have made their return to the series in the newest title, including Lapras.

Lapras is a Water and Ice-type Pokémon known for its elegant look. Although Lapras did not receive a Galarian form or evolution like many of its generation one brethren, the creature got a new Gigantamax form, which causes Lapras to grow a horn and a much larger shell.

Those who are looking to add Lapras to their team will have to wait until later stages of the game, unless they receive one from trade earlier in their playthrough. Otherwise, the Water and Ice-type can only be obtained once players have unlocked the upgraded Rotom Bike, which allows them to travel across water.

Players will receive the bike from an NPC once they have earned the sixth gym badge from either Gordie or Melony in Circhester, depending on their version of the game. When players advance through Route 9, they’ll be prompted in battling Team Yell members who are harassing the NPC that gave the player the bike back on Route 5. Once they’ve defeated the unruly hooligans, they’ll be awarded with the upgraded Rotom Bike.

Where to find Lapras

After receiving the upgraded Rotom Bike, players can then return to certain areas of Galar to look for Lapras. The Pokémon appears on Route 2 as an overworld encounter on the middle island of the lake next to Professor Magnolia’s house and research lab. If encountered here, Lapras will be level 55 and players will need to have the seventh gym badge before they can catch the Water and Ice-type.

Related: How to evolve Feebas in Pokémon Sword and Shield

Lapras can also be caught on Route 9 through fishing. While biking down the watery route, players will occasionally come across fishing pools. Lapras will be between levels 39 and 43 at this location and can be caught without having to obtain an additional gym badge. The Kanto Pokémon is rare to come by, however, so it may take players several attempts before they find a Lapras.

Similarly, Lapras can also be found in the Wild Area. Players will once again need their upgraded Rotom Bikes for this method. Lapras can be found in both the Lake of Outrage and North Lake Miloch sections of the map and will be either levels 56 or 60, depending on players’ progression in the game.