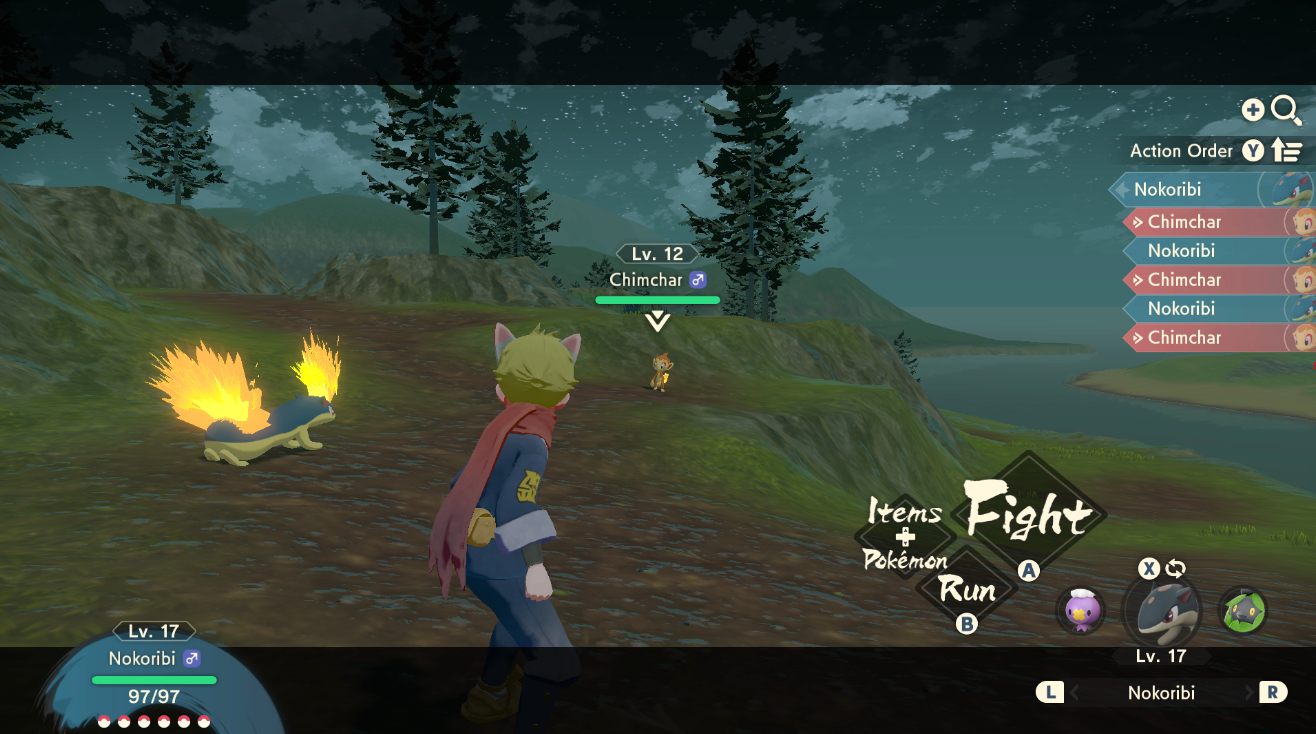 Players’ introduction to the Hisui region in Pokémon Legends: Arceus includes multiple changes to the landscapes and ecosystems that will come to be known as Sinnoh. Among these many changes are increased varieties of Pokémon obtainable within the region, including those that are given as starter Pokémon to new trainers.

Unlike in Pokémon Diamond, Pearl, and Platinum, players won’t be given the option of selecting Turtwig, Chimchar, or Piplup as their starter Pokémon in their adventures through Hisui. Instead, Professor Laventon will greet players with the option of Rowlet, Cyndaquil, or Oshawott, three Pokémon not native to the Hisui region—two of which did not even appear in the original games.

To find Chimchar, the Chimp Pokémon, players will need to venture to access Request 20 “The Mysterious Will-o’-the-Wisp” via a man in Jubilife Villiage after defeating Kleavor. The request will have players venture to the mountains left of Nature’s Pantry, where they’ll then encounter Chimchar.

It can also be found later on an island to the south of the Windswept Run. Like other Pokémon that roam the Hisui region, players can either throw a Poké Ball immediately at Chimchar in an attempt to catch it or throw one of their own Pokémon out to battle it.

Once players get their hands on their own Chimchar, they can evolve it into Monferno at level 14, then Infernape at level 36. In Legends: Arceus, once a Pokémon meets the criteria to evolve, players will have to manually access the Pokémon’s summary page and choose the “evolve” option, which will then prompt the Pokémon to evolve into its next form. Upon evolving into Monferno, the Fighting-type will be added to the Fire-type line, giving players easier access to defeating Rock, Steel, Normal, and Dark-type Pokémon.

Chimchar is only one of the many Pokémon that players can encounter on their journeys through the Hisui region in Pokémon Legends: Arceus, which is now available on the Nintendo Switch.