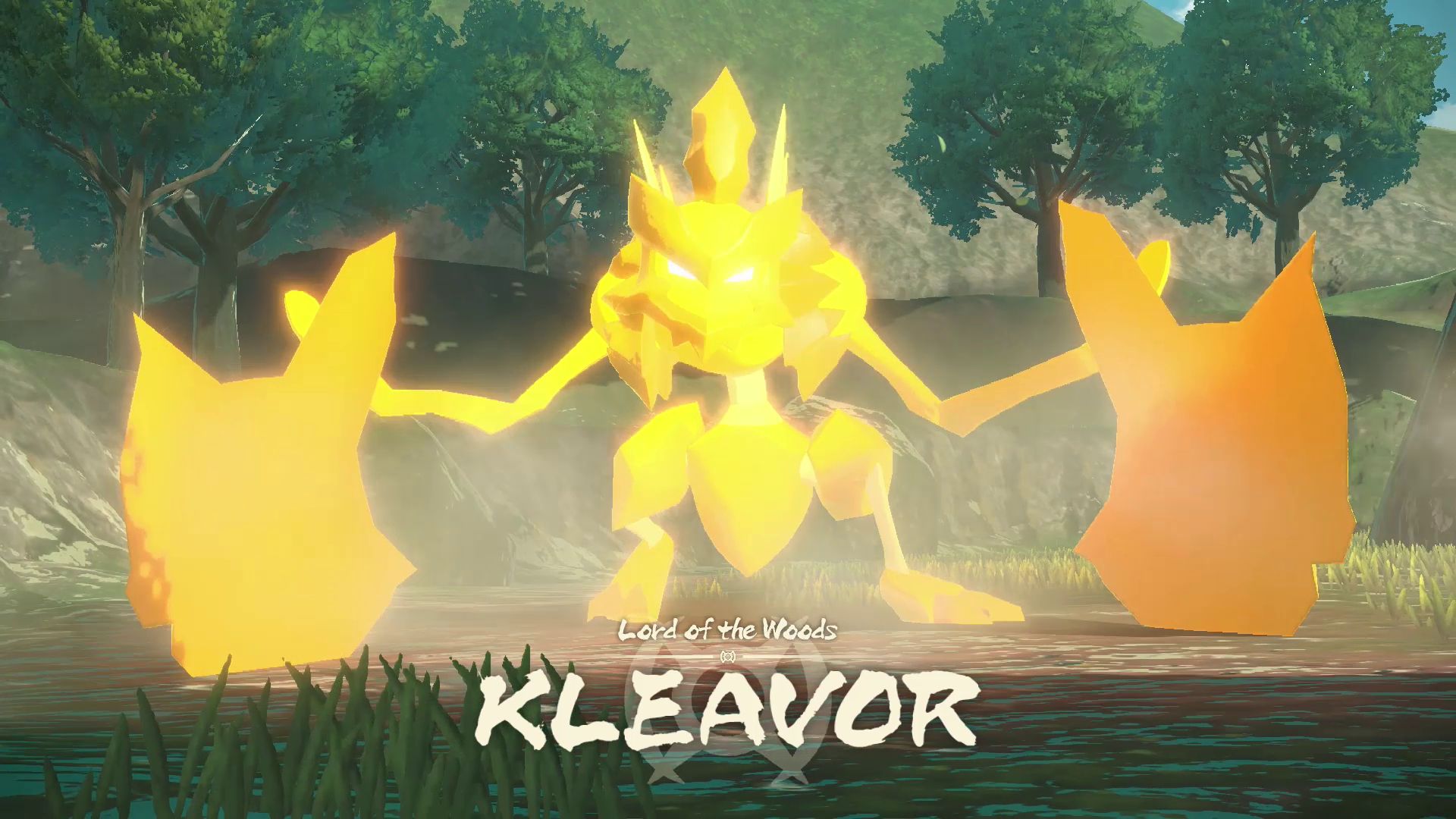 Pokémon Legends: Arceus added in several new regional variants and evolutions for older Pokémon, giving each of them a reason to be present in the ancient region of Hisui.

Most of these Pokémon play a role in the game’s story, whether they appear as a Nobel Pokémon or simply act as an obstacle to finishing the region’s first Pokédex. For example, Scyther now evolves into the Bug/Rock-type Kleavor, but only once you use a special item.

Held Items have been entirely removed from Legends: Arceus, which means players don’t have to trade Pokémon to get them to evolve if it involves the use of an item. Those special items have now become consumables that will trigger the evolution instantly once used from the satchel, similar to how Evolution Stones worked in previous games.

For Kleavor, you will need to use a new item called the Black Augurite, which can be found by using the ridable Ursaluna as a replacement for the Itemfinder. All you need to do is ride around on Ursaluna after defeating the Noble Kleavor, and you should eventually find one.

As of now, it is confirmed that you can dig up Black Augurite in the Crimson Mirelands. There are likely several other locations you can find it, but Ursaluna’s Itemfinder capabilities appear to be more randomized than the Stoutland equivalent from Sun and Moon.