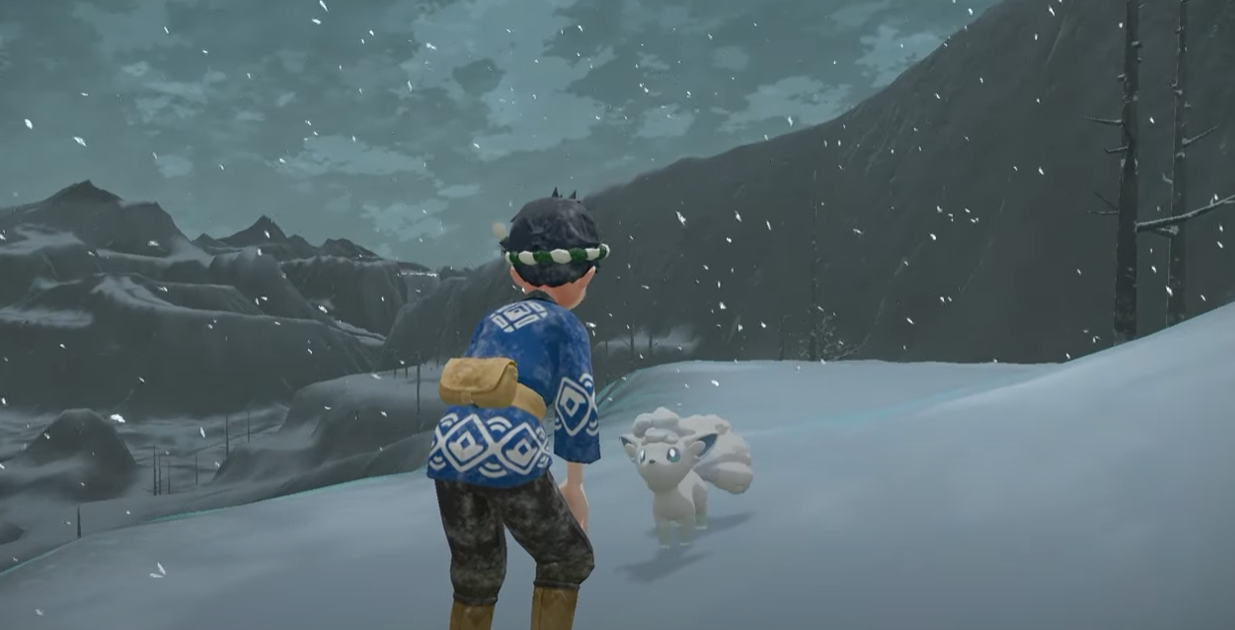 Most of the Pokémon available in Pokémon Legends: Arceus are considered native to the region, so that means the number of non-Hisuian Regional Forms found throughout the game is fairly low.

That doesn’t mean you can’t find some of the more popular variants of Pokémon from other regions, as the Snow-White Vulpix in the Snow request you obtain in the late-game shows.

If they have access to the Alabaster Icelands, players can start a new request after encountering a Vulpix, which can be found near Veilstone Cape in the Cobalt Coastlands. The request will task players with traveling to the snowy area’s Base Camp and speaking to Keaka.

Keaka is a Security Corps member originally from the Alola region, who brought a handful of his homelands variant of Vulpix along with him to Hisui. However, five of them have suddenly gone missing in the area and he asks you to help bring them back safely.

All five of the Alolan Vulpix can be found within Avalanche Slopes, to the West of Icebound Falls. Just explore around that part of the map and you should find all five fairly easily since you have narrowed down your search area significantly.

All you need to do is find and interact with each of the Ice-type Fox Pokémon in the area and they will return to the Snowfields Camp.

After you find all five, head back and speak to Keaka again. He will thank you for the help and ask you to take the Alolan Vulpix that was with him and bring it along on your journey, since it has become quite fond of the player character.