This is going to change some things. 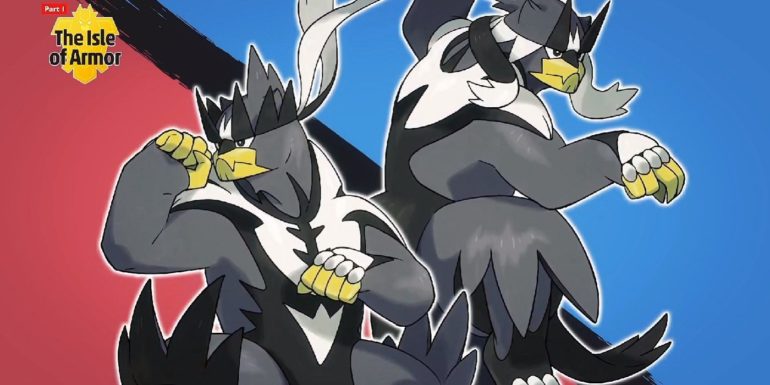 With the announcement of the two-part Expansion Pass bringing back more than 200 Pokémon to Sword and Shield, there’s likely a lot of confusion on how this will affect both the Smogon and VGC metagames, which are only using the 400 Pokémon in the Galar Pokédex right now.

The simple answer is that it won’t affect VGC at all for the entirety of 2020, but it will heavily impact the Smogon meta if nothing changes before The Isle of Armor expansion drops in June.

Since the VGC 2020 rules state the Galar Pokédex will be the only one used for competitions, we know nothing will change until The Isle of Armor and The Crown Tundra, which will have separate Pokédexes, meaning the new and returning Pokémon will not be legal for 2020 format.

Here is a list of VGC 2020 rules in regards to Sword and Shield that remove the possibility of the expansion Pokémon being added to the format.

The Galar symbol check will keep Pokémon from Pokémon Home that were transferred in with moves or an ability that can’t be obtained legally in Sword and Shield from being used, while the Galar Regional dex will completely limit that number. Removing Legendary and Mythical Pokémon from the list, that means 397 total Pokémon are legal with their Galarian abilities and move pools.

This is, of course, subject to change as the release date gets closer. But for now, it is expected that the VGC meta will remain unaffected and evolve naturally as the year goes on and more players become experienced with the available Pokémon selection. That means Garchomp, Incineroar, and the returning meta champions from generation seven won’t just storm into the game and flip it on its head.

Or at least that is the case in VGC and official Pokémon Company-sanctioned events. Smogon and Pokémon Showdown are a completely different beast entirely.

Just from the images provided on the official Pokémon website, June is going to bring some major shifts to the Smogon meta. Kingdra, Volcarona, Magnezone, Blissey, Talonflame, Azumarill—those are just a few of the Pokémon that are making a return with the release of The Isle of Armor.

There are many other Pokémon that weren’t shown in that video that will also be coming back during that period, so it could get even crazier if other high usage mons of years past become available. That provided list will already completely shake up the OverUsed and UnderUsed tiers, which means everything below it will also change.

Currently, you can use pretty much any fully evolved Pokémon available in Sword and Shield on any competitive team and make it work with the right sets and enough practice. That is a testament to how open the tiers have become because of the Dex cuts, which allow previously unused Pokémon to shine in higher tiers.

With the supposed addition of 100 Pokémon through The Isle of Armor Pokédex, which is just being called the Armor Dex by fans, that opportunity will slowly start to slip away. Pyukumuku, Runerigus, and Quagsire, who are all currently listed in the RarelyUsed tier, will be left to gather while Kingdra, Lycanroc, and Blissey show up to do their jobs better.

Even current UU mons, such as Sirfetch’d, will likely see a drop in usage because other options will appear and synergize with better cores more frequently. And once The Crown Tundra Pokédex drops, it will be curtains for most low-tier strategies. Garchomp, Metagross, Nidoking, Crobat, and so many others will return to claim their spots in OU, and will end up taking a large portion of the usage statistics with them along the way.

Additionally, every Legendary Pokémon is also coming back, which will, while making Ubers a lot more fun, end up having a trickle-down effect when some of those legends don’t stay in that tier because of low usage. We might end up seeing the likes of Kyruem, all of the Tapus, and any other Mythical that is also added drop into the lower tiers again and cause complete discourse.

The meta that is alive and thriving today will be completely unrecognizable within a matter of weeks after the Expansion Pass is fully released. And may Masuda help us if Landerous-Therian returns for another meta.

Smogon will also likely allow all of the additions Pokémon Home will bring, so Pokémon will be able to learn more moves that they can get from older games, have previously unavailable abilities, and more. That alone would shake things up even without the 200-plus Pokémon also being added.

So to put it into perspective, the metas will essentially be divided up into several parts based on the timeframe in which you are playing the games. We’re in what is considered the Galar meta, while each release of the Expansion Pass will bring the Armor meta and Tundra meta, respectively. And there could be a Pokémon Home meta if the old abilities and moves are allowed right away.

We won’t really know exactly how the new additions and returning Pokémon will really affect the game until they actually release, but you can expect massive changes in Smogon, with VGC being mostly, if not completely unaffected, barring a rule change.