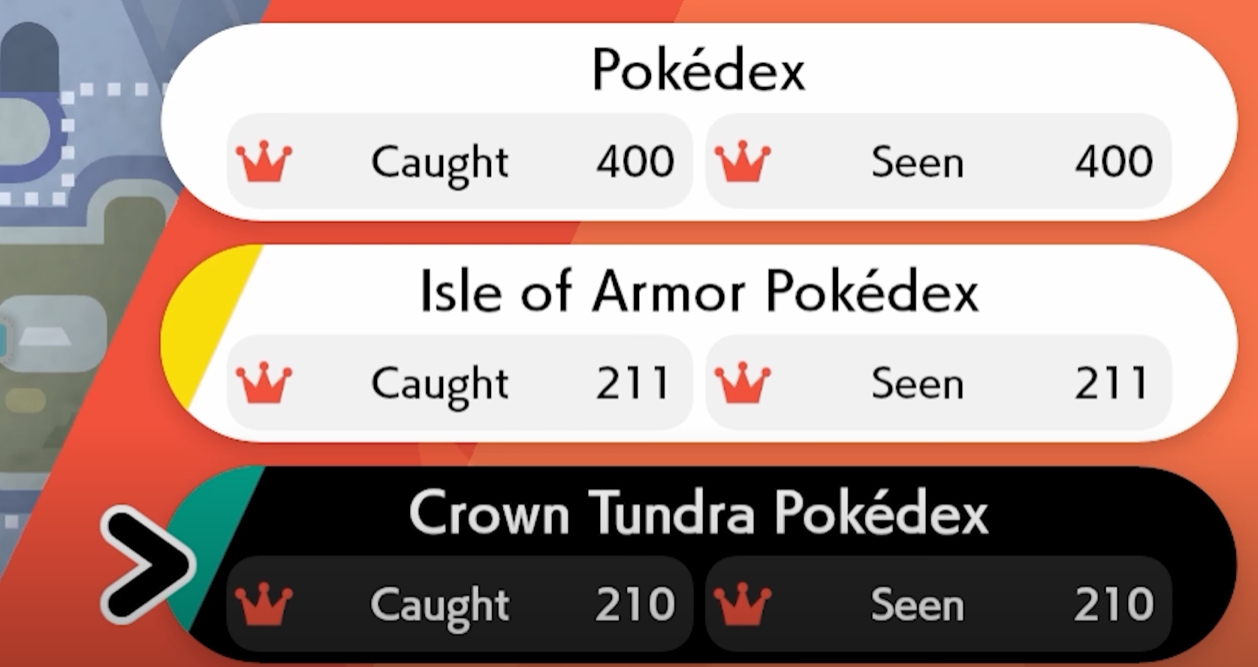 Just like with the base game of Pokémon Sword and Shield and its first expansion, the Isle of Armor, The Crown Tundra DLC adds its own unique Pokédex into the game for players to complete.

The Crown Tundra Pokédex features a total of 210 Pokémon, just one fewer than the Isle of Armor’s and just over half of the base game’s dex.

Of those 210 Pokémon, only around 120 are considered new for Sword and Shield since they are being added in for the first time from older games. The remaining spots are all reserved for Pokémon that you can encounter in the icy area but are also available to capture elsewhere in either the base game or the Isle of Armor.

And while pretty much every Legendary Pokémon from previous games is obtainable through completing Dynamax Adventures, it appears that only legendaries that you will encounter during the course of The Crown Tundra’s story count towards the Pokédex. This means you will need all five of the Regis, Galarian Articuno, Zapdos, and Moltres (though the Kantonian forms also count,) and the three new legends, Calyrex, Glastrier, and Spectrier.

The Hoeen starters and their evolutions also don’t count towards the Pokédex total.

Once you complete the Pokédex and show it to the NPC who originally upgraded it with The Crown Tundra information at the train station, you will receive the following.

As a bonus, if you show the NPC a Meltan that you have transferred over from either Pokémon Go or one of the Let’s Go! titles, you will also get a Hex Nut Sport Cap.