Pokémon Go looks like a simple mobile game to play—and it is. But if you want to be the very best, like no one ever was, technology is there to help you.

Nintendo and Niantic developed three devices to transform how you play the game. Aside from them, there are other simple accessories that can give you the most efficient experience.

They can change how you play the game now, make it more comfortable, or take your current gameplay to the next level. Take your budget, how you like to play the game, and your objectives into consideration, though.

Pokémon Go plus / Poké Ball Plus 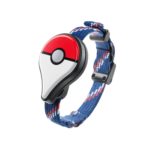 Pokéball Plus is the successor to the Pokémon Go Plus. It looks like a real Poké Ball and is a lot larger than the Pokémon Go plus. They both have the same purpose: you can play Pokémon Go without checking your smartphone screen.

When a Pokémon appears nearby, they’ll light up and vibrate and you just press a button. It’ll count your steps to hatch Eggs and get Candy for your Buddy Pokémon, too.

But the Poké Ball Plus has some improvements. The major one is the rechargeable battery. The Pokémon Go Plus device has a single CR2032 battery and you have to buy a new one when it runs out of power.

The Poké Ball Plus also works like a Joy-Con for the Pokémon: Let’s Go, Pikachu! and Let’s Go, Eevee! games for Nintendo Switch. It even comes with a Mew inside, a mythical Pokémon that can’t be captured in normal gameplay in any of the main Pokémon series games.

You can also play like a “real” Pokémon trainer because of this item’s motion control capability. So when a wild Pokémon appears, ready a Poké Ball and try to catch it by moving your Poké Ball Plus like you’re throwing it.

But it’s a large Poké Ball and you might not want to carry it everywhere. The Pokémon Go Plus can stay on your wrist in a band, clipped to your clothes, or simply in your pocket.

The price of this item, however, might be a decisive point. The Poké Ball Plus is around $50 and the Pokémon Go Plus is near $35. If you just want to play Pokémon Go a little easier, the Pokémon Go Plus could be a better investment. But you won’t have a connection with your Switch or the roleplay experience.

Many Pokémon Go Plus users have complained online about the support system and connectivity issues. Some also noticed the lack of restocks of the device. Even though it’s unconfirmed, the little accessory might be discontinued and prices may go up.

This is an alternative to the Poké Ball Plus and Pokémon Go Plus. The Go-tcha connects to your phone just like the other accessories and is even recognized by the game as a Pokémon Go Plus. But the biggest difference is that you don’t have to do anything. The Go-Tcha does everything automatically for you. So you can just walk around with the wristband, catch Pokémon, and spin PokéStops without worrying.

It has a rechargeable battery and its price is close to the Pokémon Go Plus, around $36. This is a better investment if you’re looking for a quicker way to grind stardust and items. You can even wear it to work without anyone noticing you’re playing Pokémon Go.

Since it’s automatic, it’ll feel like you’re not even playing the game, which may take the fun out of it. But maybe you want to play even when you aren’t—and that’s what this device does.

If you have an iPhone, Pokémon Go offers a companion app for the Apple Watch Series 7. You can’t play directly in the Apple Watch, though. It only alerts you when you’re near Pokémon and PokéStops, but that’s pretty cool in itself.

The Apple Watch Series 7 makes Pokémon Go more of a workout app oriented for outdoor walking and running. It switches Pokémon Go from tracking raw distance to tracking how steps you take instead. It also increases the speed at which you can hatch an Egg or receive a Buddy candy.

Since it isn’t directly made to play Pokémon Go, you’ll have to take your phone out to do everything in the game like you normally would—the Apple app will only send alerts to you. You won’t have a much different game experience than playing without it, but it’ll expand your gameplay during the day. This is perfect for people searching to track steps while also playing Pokémon Go.

You can take that into account if you’re considering buying an Apple Watch or if you already have one. But it’s not worth it to buy one only for Pokémon Go because of its high price. 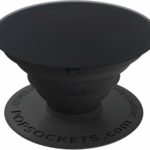 Pop Sockets and Style Rings are general cellphone accessories, but they’ll make your phone a lot safer from falling accidents. While playing Pokémon Go, you’ll walk a lot with your phone in hand and will probably walk while looking at it as well.

Doing both can cause an accident if you’re concentrated on the game. What if you stumble and your phone slips from your hand and breaks?

These accessories are simple but can make a great difference while playing. You won’t have to worry about dropping your phone. Instead, you can think about whether you have enough Poké Balls.

Between the Pop Socket or the Style Ring, it depends on your style preference. They both do the same job and support your phone in a horizontal position.

A graphics-heavy app like Pokémon Go can drain your cell phone battery fast— just think of how it keeps the screen lit, the constant GPS pinging, and data transferring for minutes or even hours. One alternative to avoid losing a gym battle because your battery died is with a magnetic wireless battery pack like this one from Benks.

Its small and slim design makes it simple to snap right onto the back of your phone or phone case. You’ll still be able to use your phone while it is attached. It can actually make for a more comfortable grip, and it doesn’t add much to the cellphone’s weight. It’s such an eye-pleasing design that it won’t look odd attached to your phone.

Most importantly, you can use it to recharge your phone to keep playing a little longer. It can save you from losing something important. Best of all, it means that you can move around while playing and won’t have to sit and wait for your phone to charage using your old wall charger. If you prefer a faster charge, bring along your USB-C cable, and you’ll be able to plug it right into the Benks wireless battery pack and your phone.

If you plan on playing for the entire day with the game always open, you’ll need something with more power than a battery case. A battery pack will let you play longer. Some even have multiple charging ports you can share with friends.

But it’ll also take up more carrying space and weight. You’ll have to hold the pack with your phone, too. So if you’re already packing a lot of stuff and don’t like to hold too many things, it’s something to consider.

The iMuto 20,000mAh power bank is a great option. It has two charging ports, a screen that shows how much energy it has left, and you can charge your phone over four times.

Don’t play Pokémon Go while driving. You don’t want to cause an accident. But you can play while you’re parked. Players can drive from gym to gym to battle and earn some coins or go on raids with a group.

The iOttie makes putting your phone on display in your car easy. All you have to do is set your phone between the arms and the trigger button will be activated in one simple touch. The arms lock around your phone and keep it from slipping, so you can rest easy knowing your phone won’t fall on the floor while you’re driving to your next gym battle.

If you want to be healthier, you can ride your bike while playing Pokémon Go. This phone mount is perfectly suited for your motocyle or pedal powered bike. It can grip your phone securely to your handlebars just like in a car. You can use the game as a map and stop when you find a PokéStop or a Pokémon you don’t have.

Don’t play while you’re riding a a bike or motocycle, though. Just ride to the raids or where a new Pokémon pops up. Incorporate the game into your exercise, but don’t put yourself or others at risk.

The Lamicall phone mount is wonderful because it requires just one hand to secure your phone into it. There is no need to struggle with tools to get it set up, either. Their design is easy to use, and your phone will feel safe while riding around town on the hunt for more Pokémon.

You can use wired headphones if you want. It won’t affect your gameplay at all. But wires can limit your phone movement while playing Pokémon Go.

If you want to listen to music while playing or add some kilometers to get Candy for your Pokémon Buddy while exercising, for example, Bluetooth headphones like the JBL Tune headphones will make your experience more comfortable.

Another reason you might purchase the JBL Tune Bluetooth earbuds is you can listen to the Pokémon spawning instead of just looking at the screen for more efficiency. JBL offers superior sound quality, so you’ll be able to pick up on any in-game sound quickly with this pair of in-ear headphones.

Always use sunscreen and carry a water bottle with you when going outside to play Pokémon Go. These are essential items, especially in the summer, and can often be forgotten.

You need to be prepared if you’re planning to play for long periods of time outside. These items can make your life much easier and healthier after you stop playing. On top of protecting your phone, remember to protect yourself first.

You can use a hat as well for more protection and style. There are many Pokémon-styled clothing pieces you can incorporate into your outfit, like shirts, belts with Poké Balls, Pikachu socks, and even Pokédex phone cases.