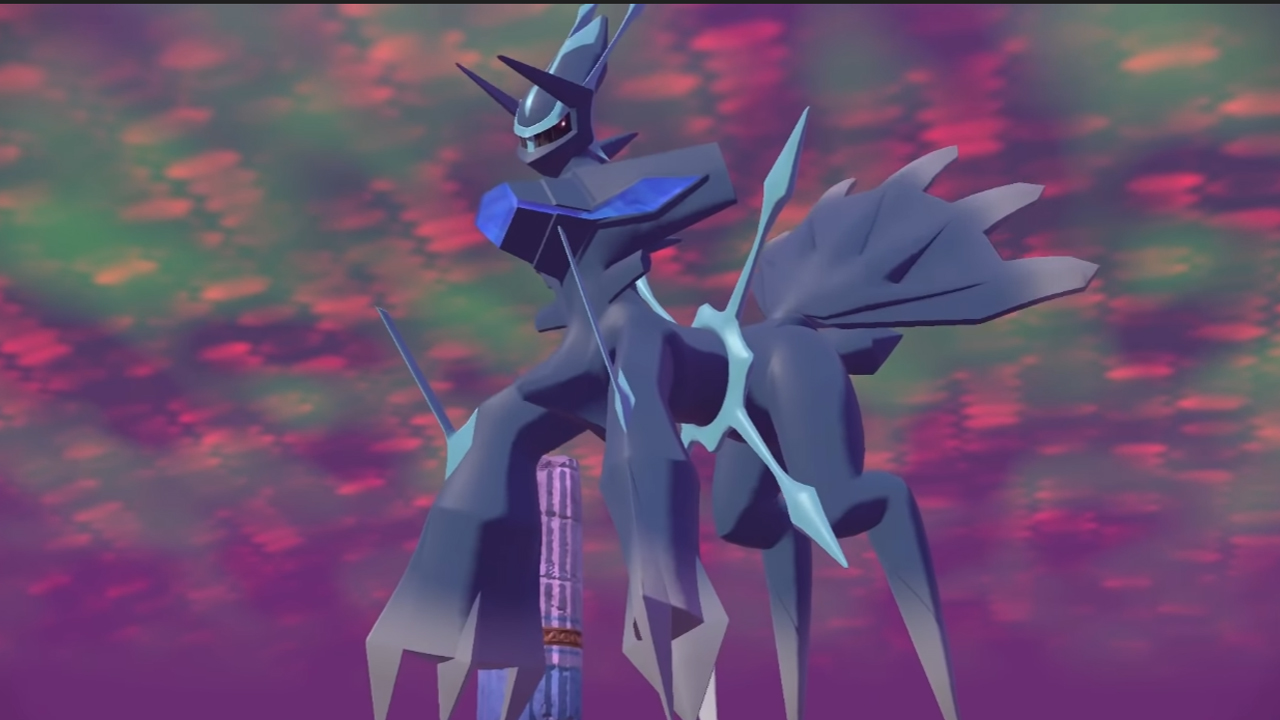 Steel-type Pokémon have a reputation for often being difficult to take down, and the best Steel types usually have another typing that can make facing them a real headache. But they also carry some of the most interesting and unique designs of any Pokémon. They can be both invaluable to a Pokémon party, and useful to any story with how imposing they often are.

With all of those things in mind, here are the best Steel-type Pokémon to ever come to the franchise, ranked from 10th all the way up to the best Steel type ever.

The best Steel-type Pokémon of all time

It’s a giant statue with a mustache. We don’t know what else you were expecting from this list, but it’s not complete without Probopass. Introduced in the fourth generation as an evolution for Nosepass, Probopass increases the nose considerably, adds the Steel typing to the Rock type, and gets rid of Nosepass’ weaknesses to Grass and Steel-type moves, while the Rock typing means Steel’s traditional weakness to Fire isn’t an issue for Probopass. Sure, players have to worry about possible 4x damage from Fighting and Ground types, but base stats of 145 for defense and 150 for special defense take care of that.

Introduced in Pokémon Black and White, Bisharp and its pre-evolution, Pawniard, were great options for players looking for a Pokémon to round out their squad with towards the end of the game. With a 125 base attack stat and the benefit of the resistances and immunities of the Steel type, Bisharp added a Dark typing. The ninja-meets-knight design also helps Bisharp here, as the Sword Blade Pokémon looks awesome going into any battle.

You’d be forgiven for getting distracted by Copperajah’s design. The signature Pokémon of Chairman Rose, Copperajah’s distinctive dark green and bright orange colors make it stand out, and it is far more imposing than other Pokémon based on elements in past versions. Copperajah is more than just cool-looking, however. It also happens to be very strong, with a base attack of 130 that can easily handle all-comers. It’s slow, but if you’re facing one and don’t knock it out in one shot, look out.

Escavalier, the fifth-generation insect that was probably knighted at some point in a past life, is a funny Pokémon. It evolves from Karrablast, and not Shelmet, the two Pokémon seemingly swapping designs when they evolve. It’s also an odd, yet powerful Bug and Steel-type Pokémon, which is incredibly useful when it comes to resistances: Escavalier is only weak to Fire. It’s very weak to Fire, yes, but only having one weakness is a huge boon to any Pokémon. Escavalier also has a great combination of stats, combining very good defense and special defense with an excellent base attack of 135. All of this made Escavlier a good Pokémon for almost any situation and a great opener for most battles.

Another unique dual type, Aegislash combines the Ghost and Steel types, as well as some interesting battle mechanics that influence how the character plays. In its base Shield Forme, Aegislash has a weak attack, but some of the best defense in the entire series, with 140 base stats in both defense and special defense. Once you use an attacking move with Aegislash, however, it will transform to its Blade Forme, which swaps those defensive stats to attack and special attack. It’s an undeniably cool and interesting battle mechanic that makes Aegislash one of the best Steel types ever made.

Anyone who ran into Raihan’s Duralodon can attest to what a strong and imposing Pokémon it is. The combination of Steel and Dragon types gives Duralodon some great defensive advantages, with weaknesses to only Fighting and Ground-type moves, and no double weaknesses to speak of. Being a Dragon type, Duralodon also enjoys solid stats across the board, with the only exception being special defense. Considering its type weaknesses are traditionally full of moves that use the attack stat and not special attack, the low special defense stat isn’t even that much of a drawback. When this thing Gigantamaxes, watch out.

Make room for the legend of yore, the Crowned Forme of Zacian is easily one of the strongest Pokémon in any of the Pokémon games. Its base attack stat of 170 gets boosted when Zacian enters a battle, and it doesn’t have many glaring weaknesses across any of its stats. It’s only weak against Steel and Poison-type moves and is incredibly fast to boot. It’s easy to see why this Pokémon is not only a favorite in the Pokémon series of games but also to use in competitive play.

Originally a gift from Stephen in the third generation of games, Metagross and its pre-evolutions helped Steel-type Pokémon begin to branch out from their early strengths and dual typings. Where most early Steel-types were good in defense and attack and usually were dual-typed with types like Rock and Ground, Metagross was an interesting mix of Steel and Psychic types. It combined great attack and defense stats with a very good special attack and special defense, making the Pokémon good with just about any move it could possibly learn. And, while not a Legendary, Metagross earned a reputation as a pseudo-legendary Pokémon thanks to its interesting design and just how strong it was in almost any situation.

Scizor is just one of the coolest Pokémon to ever exist. The evolution of Scyther (also one of the coolest Pokémon to ever exist) added in the second generation, Scizor lived up to its pre-evolution’s reputation as an intimidating Pokémon and then some. It increased Scyther’s already formidable attack, shored up its defenses by getting rid of weaknesses to Flying, Rock, Ice, and Electric-type moves, and could retain the Flying-type moves Scyther could learn to give it a very flexible and useful moveset. With great design and impressive strength, Scizor is easily one of the best Steel-type Pokémon of all time.

Despite not being a Legendary or pseudo-legendary, Lucario’s introduction in the Pokémon anime and games always made it feel like an equal counterpart for Mew and Mewtwo, and a fundamentally different kind of Steel-type Pokémon. It’s one of the only Pokémon that’s directly talked in human language, communicating telepathically. It’s also a Steel and Fighting-type Pokémon that can learn Psychic and Dragon moves, and it has a better special attack than its attack. Amongst Steel types, Lucario stands alone in just how interesting and flexible it can be for a party, and maintains a special aura about it despite its non-Legendary status. It’s the best Steel type ever made, both for its strength in games as well as the presence it commands in the series as a whole.