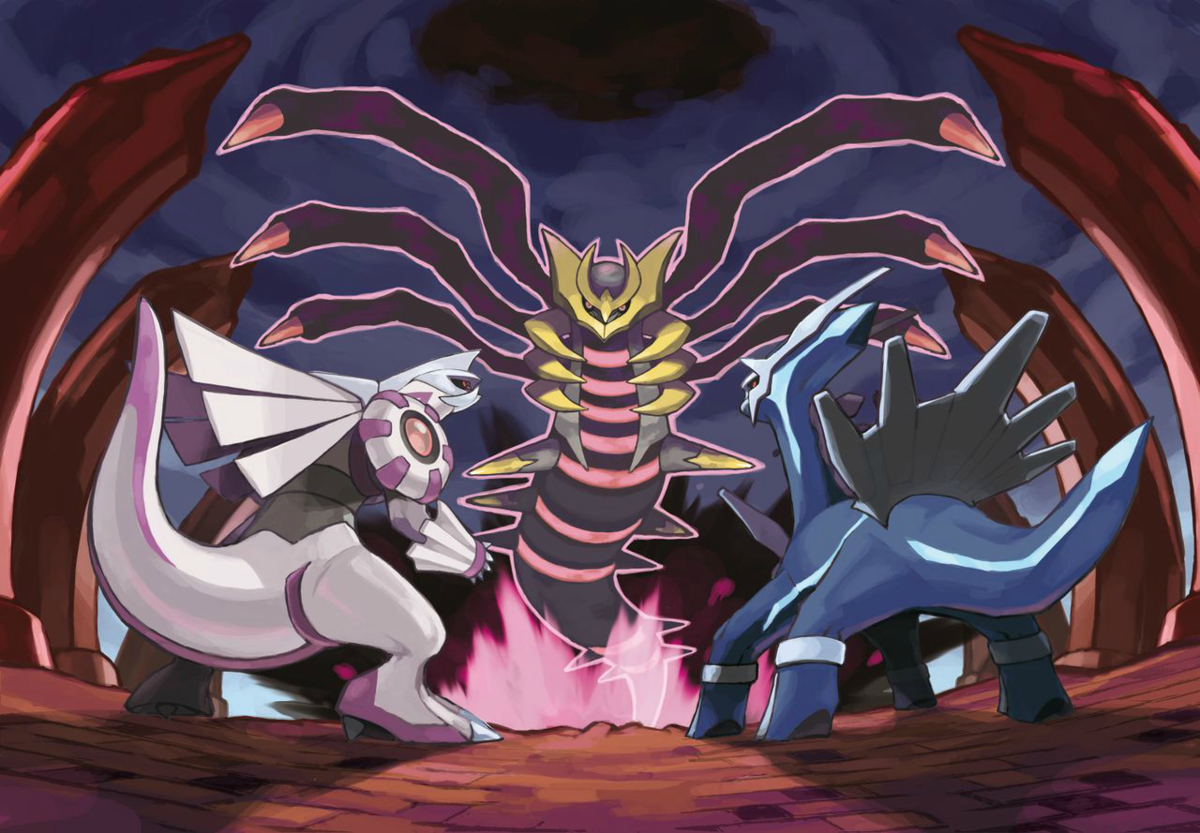 Ghost-type Pokémon are strange. Usually capable of learning oddball moves and coming with an interesting set of resistances and immunities, the Ghost typing is easily paired with others. This has made it relatively easy for Pokémon to experiment with new Ghost types in every generation.

Not all Ghost-type pairings are very useful, however, and several Ghost types throughout the series are regarded as more of a nuisance than anything else. But in the midst of all of those Ghost types, a few unique pairings, as well as some more traditional Ghosts, rise to the top.

The best Ghost-type Pokémon of all time, ranked

Golurk isn’t the strongest Ghost-type Pokémon, but its fantastic design and the variety of moves it could feasibly learn makes Golurk one of our favorite Ghost Pokémon ever. Why can a giant golem-like Ghost and Ground type learn things like Fly, Ice Beam, Grass Knot, and Lightning Bolt? No idea. But it rules.

Of course, all those TM moves have some tough competition when compared with the moves Golurk learns naturally. With its 124 base attack stat when Golurk in Pokémon Black and White, moves like Hammer Arm and Earthquake aren’t anything to sneeze at. And, thanks to some well-balanced defensive stats, Golurk can take a few hits and deal them back at opponents. Good giant ghost statue. Good boy.

The only move type that’s super effective against Spiritomb is Fairy. That’s it. And what’s more, Fairy types and moves didn’t even exist in Generation Six, meaning Spiritomb technically had no weaknesses. Given the natural defensive advantage its type combination lent it, alongside decently high base stats across the board and being one of the only Pokémon that naturally learns both a move that puts enemies to sleep and the crucial Dream Eater move, Spiritomb was a Pokémon you couldn’t wait to finish fighting and get into your party.

What’s a list of Ghost types without a haunted doll? Banette’s creepy design and small stature (not to mention its cuter pre-evolution, the classic “person under a white sheet” ghost Shuppet) belied a very strong base attack stat that could surprise even the most careful adventurers. Think you’ll just quickly dispatch a wild Banette because your Ghost or Psychic type is faster? Sucker Punch will give you a nasty surprise

A Ghost type that actually succeeds at being creepy, the Marionette Pokémon will haunt your dreams and your adventures.

Chandelure is the rare “object” Pokémon that succeeds in being cute, and its evolutionary chain actually makes sense. Evolving from a haunted candle to a lantern, and finally to a chandelier, this Ghost and Fire-type Pokémon is about as is one of the friendliest-looking Ghosts Pokémon has ever created. Just look at its pre-evolution, Lampent. It waves to you.

Don’t let the designs distract you, though. Chandelure is strong. Its 145 base special attack stat is one of the strongest in Generation Five, and it has good defense and special defense statistics to go with it. Really, from cute starting form to powerful-third stage evolution, Chandelure is like the Ghost Starter that we never got.

Many Ghost-types have pretty good defense, simply because not many types of moves are super effective against Ghost types. Dusclops has those type advantages, and it’s also got good defense. Like, really good defense. Base defense and special defense stats of 130 make it one of the best defense options in the game.

It eventually got another evolution in the form of Dusknoir, a formidable Pokémon that retains these defensive stats while also bringing its attack stat up to snuff. But the sheer defensive capabilities of Dusclops, along with its “ghoulish cyclops” design, make for one of the more interesting Ghost-type Pokémon to ever exist.

Generation Six truthers, rise up. Aegislash is the only Ghost and Steel-type Pokémon to exist in the Pokémon franchise, and that combination of types alone make it an intriguing Pokémon. It adds a weakness to Fire, sure, but it also adds the Steel typing’s impressive array of resistances and eliminates the threat that Fighting-type moves normally pose to Steel Pokémon.

Then, there’s the Stance Change ability, which really makes Aegislash shine. Its Shield Forme comes with base defense and special defense stats of 150, but if it uses an attacking move, the Pokémon will switch to its Blade Forme, which flips those 150s over onto its attack and special attack stats. Those new stats make the Pokémon more vulnerable to incoming attacks, sure. But if you can time out when the Forme change happens in battle, Aegislash becomes an option unlike any other Ghost type.

The Pokémon representing the Reverse World, anti-matter, or the upside-down, or whatever you want to call it, Giratina serves as a great “antagonist” Pokémon in the series. Of course, as with most Pokémon, Giratina seemed like less of a villain and more of a misunderstood all-powerful being. Which is still quite dangerous.

Speaking of power, Giratina has plenty of it. The rare Ghost and Dragon-dual typing gifts it a ton of resistances, and only one of its base stats is below 100 (speed, at 90). That’s tough to beat. For its mysterious and threatening nature, coupled with some truly awesome power, Giratina is clearly one of the best Ghost types ever made.

If you value aesthetics over all else, Decidueye is the Ghost type for you. Evolving from the exceptionally cute Rowlette and the “just learned to dress myself” Dartrix, Decidueye is proof that growing up is great for style. It wears some sort of owl hood or cape type of garment, complete with feathered drawstrings in the front. Want to see the entire look come together? Just use the Sinister Arrow Raid Z Move, and watch Decidueye turn into an owl Robin Hood.

While the combination of Grass and Ghost types doesn’t much for Decidueye outside of granting it immunity to Normal and Fighting-type moves, which aren’t typically too big of an issue for Grass types, Decidueye is still one of the coolest final evolutionary forms of a Starter Pokémon ever.

One of the “new” Pokémon in Pokémon Legends: Arceus, Hisuian Zoroark took the powerful Dark-type from Generation Five and transformed it into a bizarre Ghost and Normal-type Pokémon, two types that are seemingly most opposite. To go with this, Zoroark went from a black and red fox to a white and pink jackal. The Hisuian form is leaner and a bit creepier, but it retains how Zoroark’s strength of design. In both its Unovan and Hisuian forms, Zoroark just looks like a cool, powerful Pokémon.

And looks are not deceiving in this case! Hisuian Zoroark’s type combination means it’s only weak to Dark-type moves, and it comes with base attack and special attack stats over 100. No matter the game, Zoroark is a great addition to your party, but Hisuian Zoroark really packs a punch

Ghost types in the first generation of Pokémon games aren’t that good, mostly because Gastly and Haunter are also Poison types. If you had a Kadabra (which wasn’t too difficult to come by), you win those fights in the first turn.

Players used to easily dispatching its earlier forms were in for a nasty shock when they first faced Agatha’s Gengar, however. One of the fastest Pokémon in the early games and with an exceptionally high special attack, Gengar could easily derail players attempting to defeat the Elite Four with a powerful attack of its own, like Sludge Bomb. Gengar was the first Pokémon that really showed just how strong a Ghost could be, and its enduring memory and strength make it the best Ghost-type Pokémon of all time.