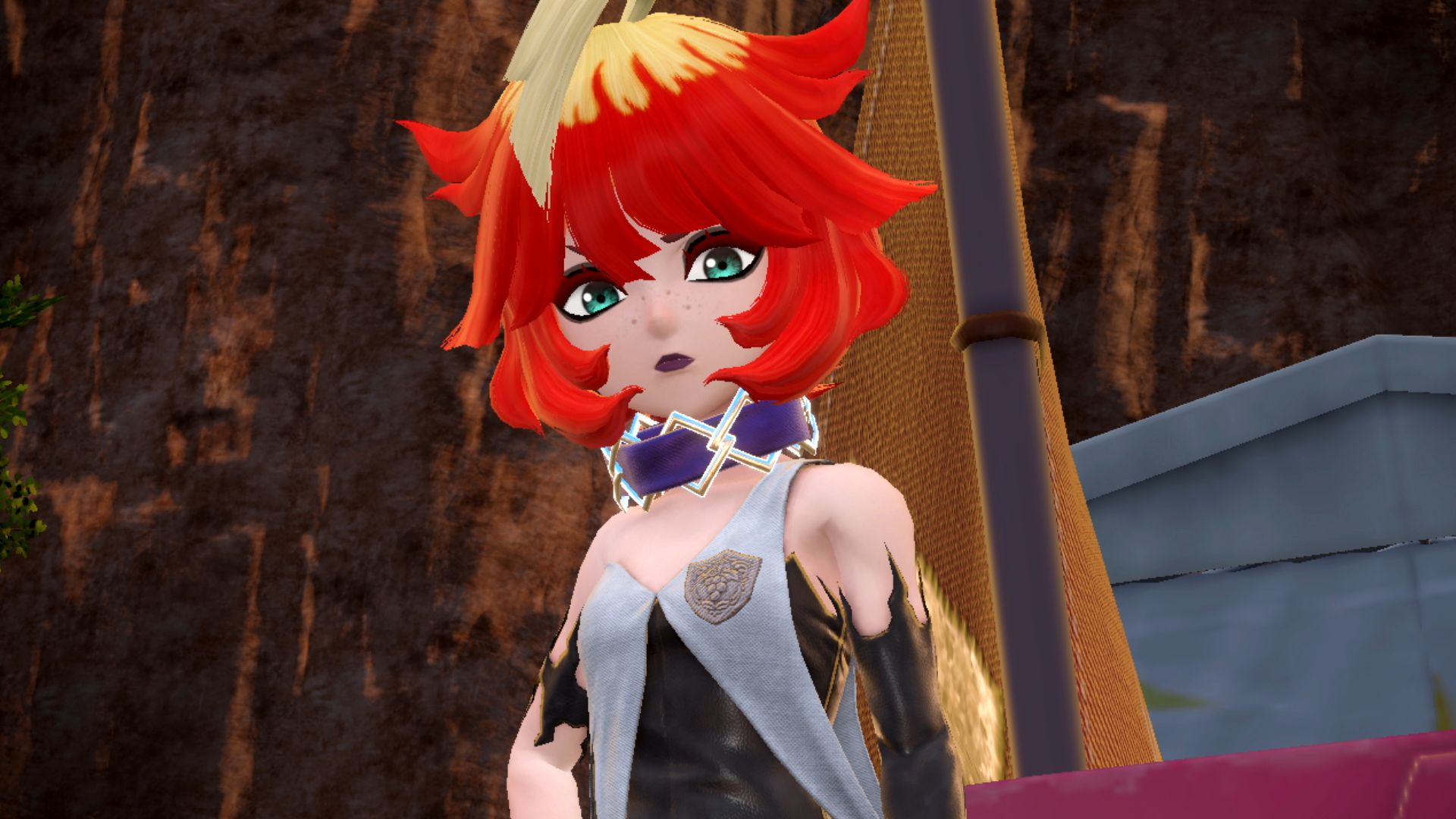 This morning’s Pokémon Scarlet and Violet trailer revealed the regional villain team that players will need to face: Team Star.

Located in Starfall Street, Team Star is a group of rebellious students who don’t follow the rules. They tend to hang out in their flame-streaked base and take on anyone who enters. Team Star’s grunts wear motorcycle helmets and star-print glasses and ties. There appear to be different crews within the organization, including the Fire Crew, which is led by new character Mela.

Mela looks like a cross between a rock star and a living flame. She drives a gigantic car that appears to have a face and that doubles as a speaker—and light-studded stage. In the trailer, she was shown fighting with Fire types, which makes sense as the leader of the Fire Crew. With her flaming boots, thick eyeliner, and dramatic outfit, Mela is certainly one of Scarlet and Violet’s most unique characters so far.

The three-and-a-half-minute trailer also revealed plenty of new details about other areas of the game. Players were treated to a look at new Pokémon Ceruledge, Armarouge, and Klawf as well as a new OLED Switch that will be released prior to the games. Scarlet and Violet will see the player character exploring the Paldea region and charting their own adventure as students in a large academy. Along the way, players can participate in a treasure hunt, take on Paldea’s gyms, and fine secrets scattered throughout the Iberian Peninsula-inspired region.