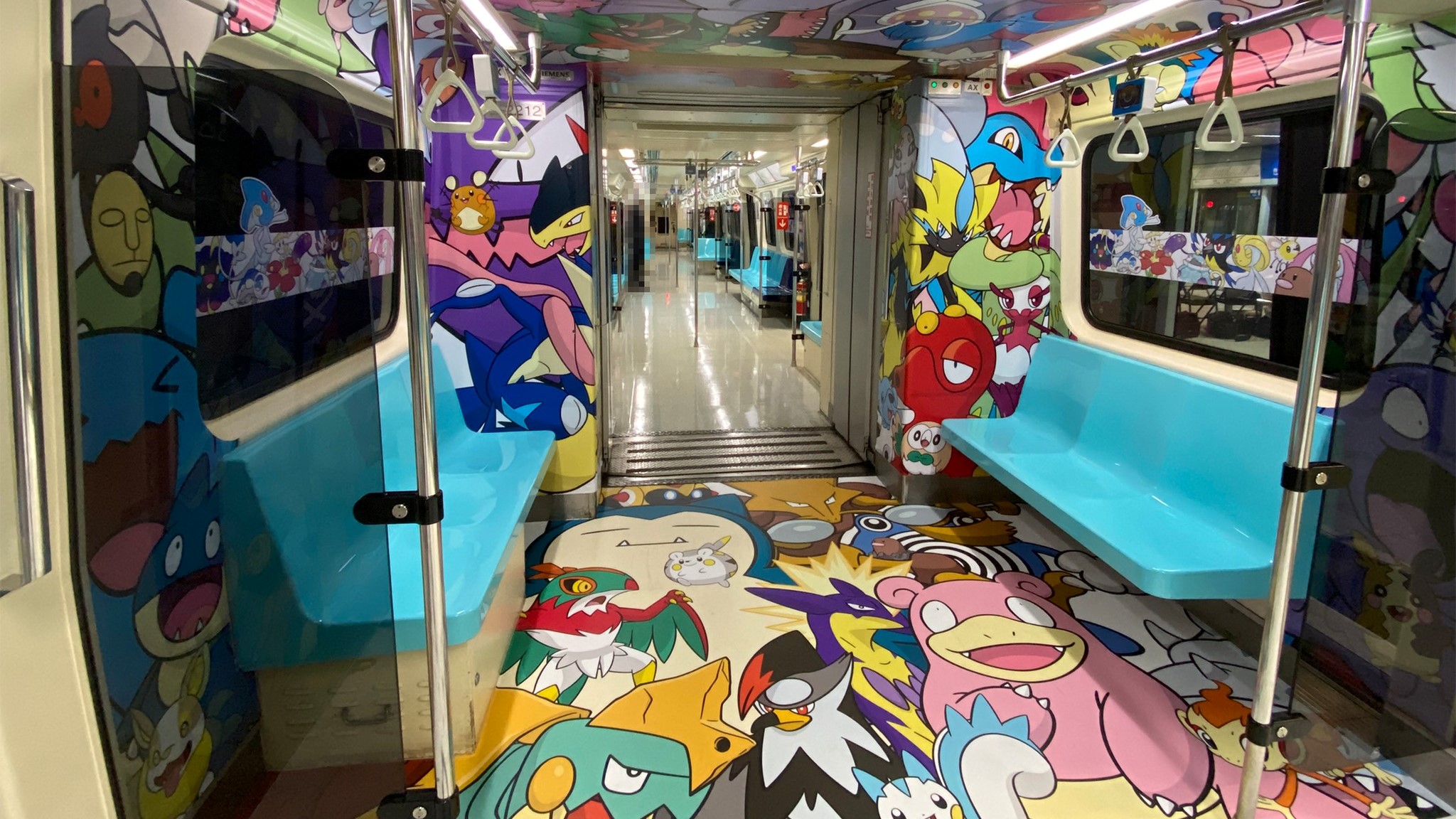 The trains of Taipei’s subway system have been splashed with Pokémon art in anticipation of the release of Pokémon Legends: Arceus.

Covering the entire interior of wagons from the ceiling to the floor, images and collages of Pokémon and advertisements for the new game have taken over a number of trains in the capital of Taiwan, reminding fans all over the city of the incoming launch of Pokémon’s latest Switch game.

Taipei’s Pokémon-themed subway wagons can be found on the Bannan line, but fans of the franchise who find themselves in the city should check them out as soon as possible, as it is unclear how long the advertisements will be up for.

Despite the game’s simplistic graphics, Legends: Arceus has been dubbed by several reviewers as “the best Pokémon game in the last 20 years,” allowing fans, for the first time, to dive into the distant past of Pokémon training in an extensive open world.

Pokémon has been one of the most successful gaming franchises for over 20 years, and the hype every new game brings to the gaming community is indisputable. This isn’t the first time Nintendo has gone all-out with marketing campaigns on international transportation systems, either. In the past, Pokémon overhauls on Japanese regional airplanes appeared, and an official Pikachu car was also released a few years back to promote the franchise.

Legends: Arceus, developed by Game Freak and published by Nintendo, is the latest installment in the Pokémon franchise. The game takes players back in time to the early days of the Sinnoh region, where Pokémon can be caught in an open world without having to engage in battle.

Pokémon Legends: Arceus will launch on January 28 2022 and will be available on Nintendo Switch.