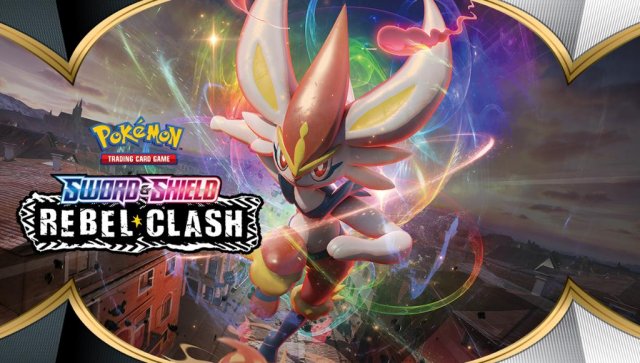 The Pokémon Company has officially revealed the second Pokémon Sword and Shield TCG expansion coming to the West. It’s called Rebel Clash and fans won’t have to wait long to get their hands on it.

The set, which combines the Japanese expansion packs VMAX Rising and Rebellious Clash, will launch on May 1 and feature hundreds of cards.

When the set launches, all cards in the expansion will automatically be added to the Pokémon Trading Card Online game. There will also be opportunities to play the set ahead of launch by attending one of the many prerelease tournaments held across the globe in April.

Two themed decks based around Zacian and Zamazenta will also come out around the same time to tie in with the launch. There will be the usual Elite Trainer Box on offer, too, for those who want to splurge a bit.