The 25th anniversary Pokémon TCG set has been officially unveiled, and like many fans expected, it will be a collection of throwback reprints mixed in with some newer takes on older themes when it launches on Oct. 8.

Celebrations will showcase many aspects of the Pokémon TCG that have been left in the past, including new cards being added to the Delta Species, Prime, Trainer Pokémon, Light Pokémon, and LV. X. 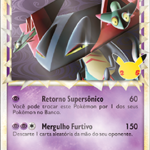 The set itself will be relatively small but is going to feature more than 45 cards, including four Pokémon V and two Pokémon VMAX. Dark Sylveon V, Lance’s Charizard V, Pikachu V Union, and more. There will also be a “special subset” of 25 cards included that are remakes of iconic cards like Base Set Charizard and Tapu Lele-GX. 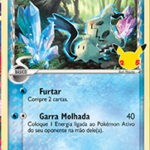 In total, the set will feature nine different products, not counting promotional material. Here are all of those products, when they will launch, and what’s included inside. 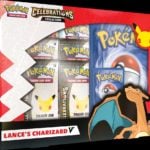