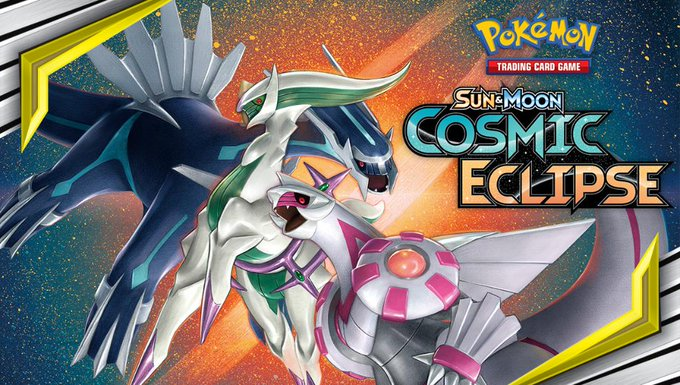 Cosmic Eclipse will be the last Sun and Moon set before the eventual release of the Sword and Shield series of trading cards next year. The new series will also introduce the mysterious V mechanic that fans don’t know much about yet.

Cosmic Eclipse will feature over 230 cards, nine of which will be brand-new TAG TEAM GX creatures. Seven Pokémon GX cards will also be available at launch. Some of the TAG TEAM cards include Charizard & Braixen-GX, Venusaur & Snivy-GX, Blastoise & Piplup-GX, and Solgaleo & Lunala-GX, along with the triple TAG TEAM of Arceus & Dialga & Palkia-GX.

Most of the cards in this expansion will be a mixture of the cards found in Japanese sets Remix Bout and Dream League, as well as other unannounced sets.

The new TAG TEAM Supporter card will also make its debut in Cosmic Eclipse. These special cards come with additional effects that can be essential in battle, but only one of them can be used per turn.