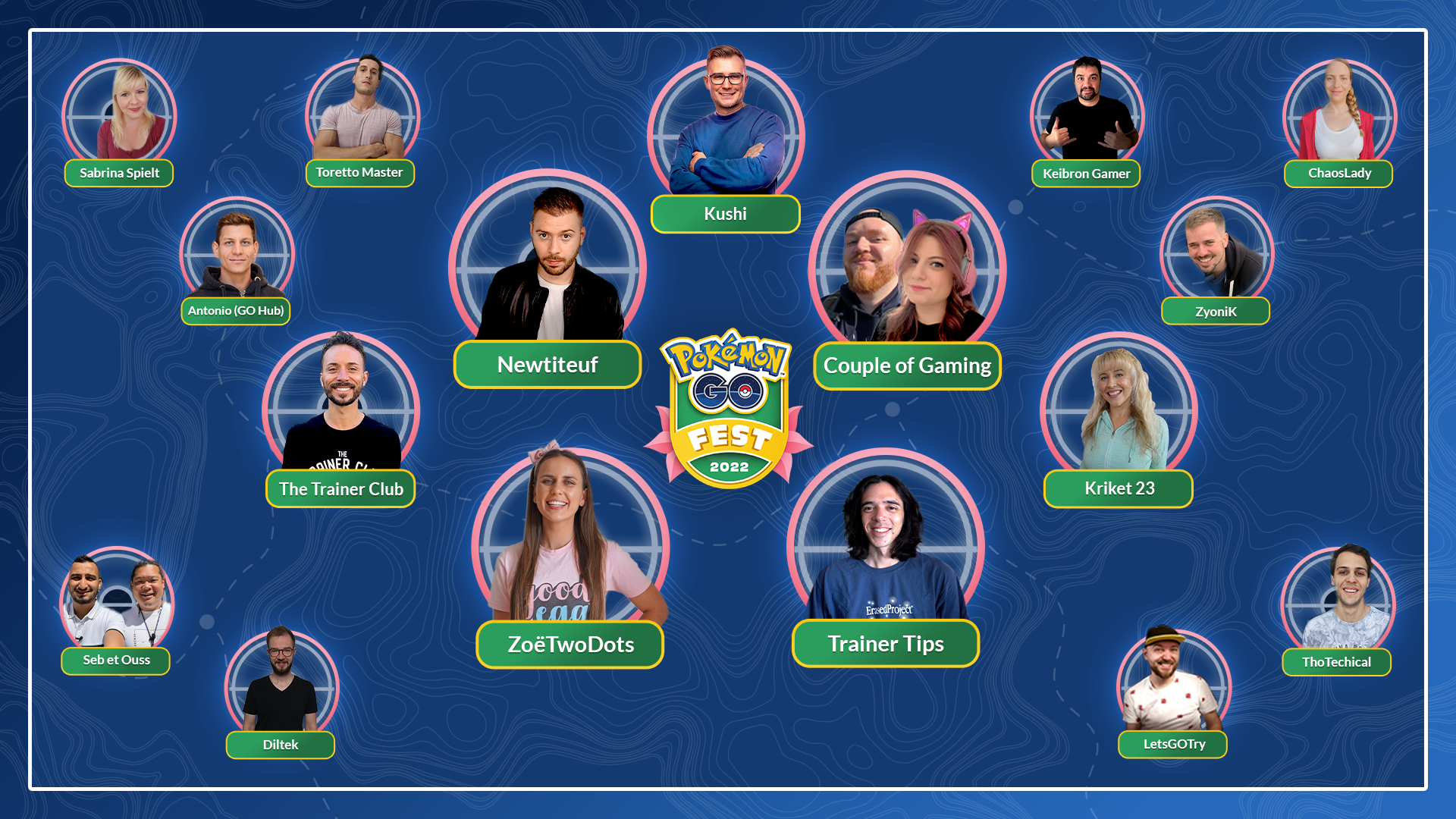 Niantic is adding another set of experiences to its upcoming in-person Pokémon Go Fest 2022 events, bringing out several special guests to the physical community meetups in Seattle and Berlin.

For Go Fest: Berlin and Go Fest: Seattle, players who purchase an event ticket can meet up with more than a dozen different notable Pokémon Go players and content creators.

The notable community members include Trainer Tips, ZoëTwoDots, Spieletrend, Newtiteuf, and Couple of Gaming, with each being available for meet-and-greets throughout the three-day events at set times. These meet-and-greets will be hosted at a “tent near the information booth in the southernmost area of the park” in Berlin and at the Mural Amphitheater in Seattle.

For Go Fest: Berlin, attendees will actually have a bonus event hosted on June 25 during the Deino Community Day, a weekend before Go Fest begins. This will feature “guided treks” with some of the notable Pokémon Go players, where everyone will join forces to explore, catch Pokémon, and battle together in raids.

That Community Day portion of the event will not require players to have a ticket and will be hosted from 2 to 4pm local time at two different locations. You can find the exact details on the official Pokémon Go blog.

Additionally, Niantic has included a full schedule for meetups at both the Go Fest: Berlin and Go Fest: Seattle in-person events, which will run from July 1 to 3 and July 22 to 24, respectively, on the blog. No similar edition has been announced for Go Fest: Sapporo in August yet.