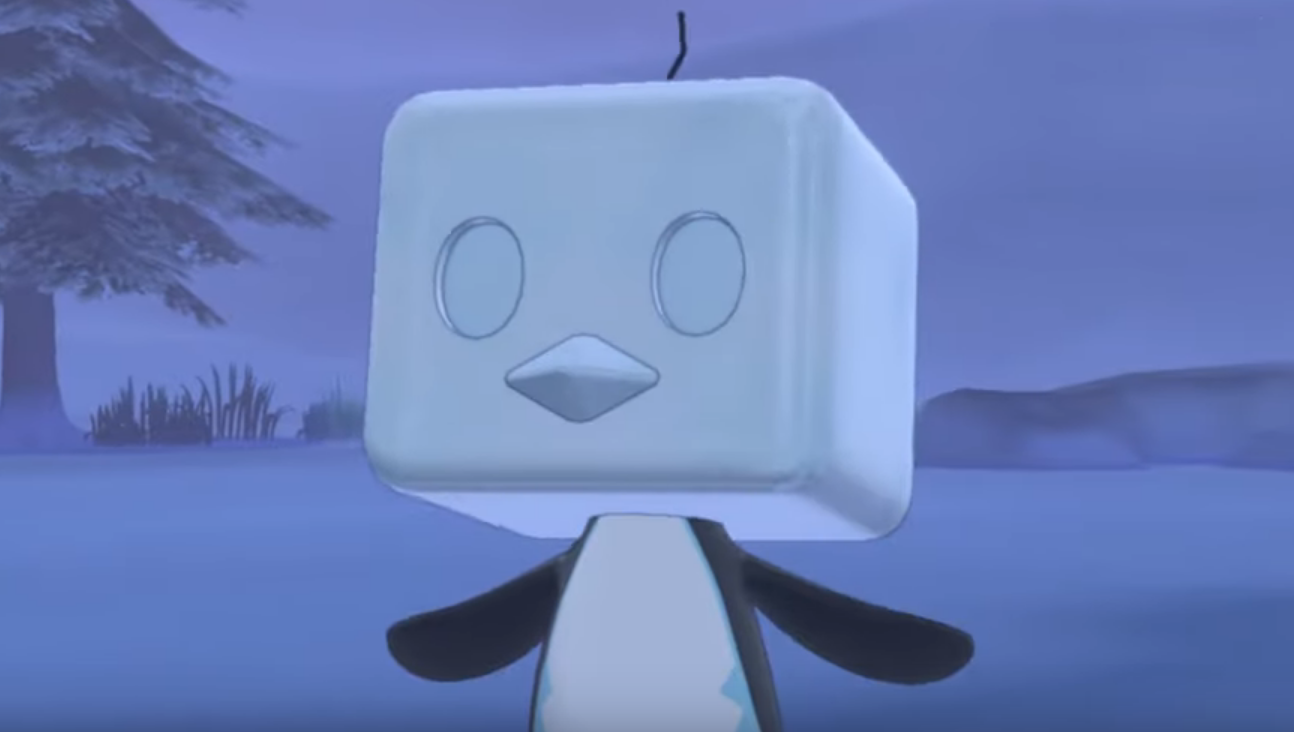 There are less than 30 of the 400 total Pokémon in Pokémon Sword and Shield that can achieve Gigantimax rather than the normal Dynamax form, but that hasn’t stopped the community from creating their own designs.

One of the highlights is the adorable Eiscue, who is having even more trouble than normal standing up with its mask made of ice once it becomes bigger than its entire body and flips him over.

This design by Viperfish plays directly into the theme of Galarian Gigantimax form, by picking one aspect of the Pokémon and expanding on it. And in this case, it just has the penguin flipped upside down because the weight of its mask is more than its body now.

Eiscue’s ability, Ice Face, has the Pokémon form a protective helmet completely made of ice around its head. It acts as a single-use protect against physical moves and will shatter upon impact, absorbing all of the damage and changing its form once its true head is revealed.

Normally, Eiscue is able to remain standing despite the top-heavy nature of its protective mask, but once it Giganti-maxes, this design has it losing that battle of balance and completely flipping over. That could lead to some incredible motions, with it flailing its body or potentially regaining its normal stature by using its G-Max move.

Unfortunately, this inspired design is not something we will see as DLC and Eiscue is not set to get any other forms based on data pulled from the games that show the remaining Gigantimax Pokémon that are in the game. This could have been one of the more interesting concepts for a Max Raid Battle and a cool addition to the roster.

But at least Eiscue fans can continue creating unique sets and making the form-changing penguin a viable option in competitive play online, with or without a Gigantimax form.