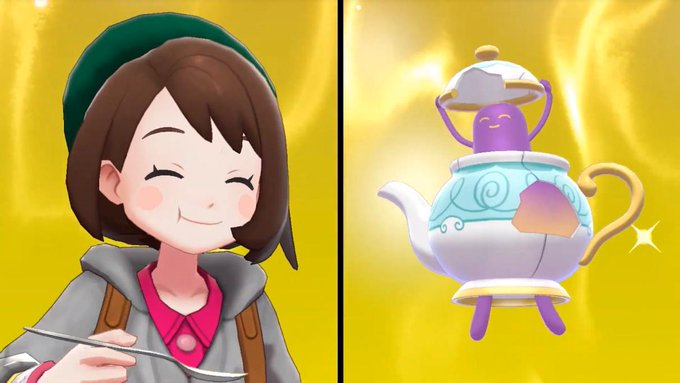 Nintendo just released a bunch of new information about Pokémon Sword and Shield and we can barely keep up.

The direct started with a showcase of some new areas in the game, as well as unknown Pokémon before Nintendo revealed the full customization options coming to the game.

The second feature to be revealed is known as Pokémon Camp, a feature all trainers can use anywhere to play with your Pokémon and improve them in battle. If the Camp is used in the Wild Area you can also visit other players Camps. The third and a bit of a weirder feature is the ability to create different types of Curry.

Lastly, we got two new Pokémon. One of these is Cormorant, a bluebird Pokémon that is a water-type gull that fights with its prey. It has the ability Gulp Missle. The other is the Tea Pokémon Polteageist, which was shown off during the Curry segment. Its a Ghost-type Pokémon with Weak Armor.

Other than that information, though, we got no more new Pokémon to look forward to like some leaks had hinted at. We also found out that you will need to have Nintendo Switch Online to play with friends online, but that was a given considering the way the Nintendo Switch works.