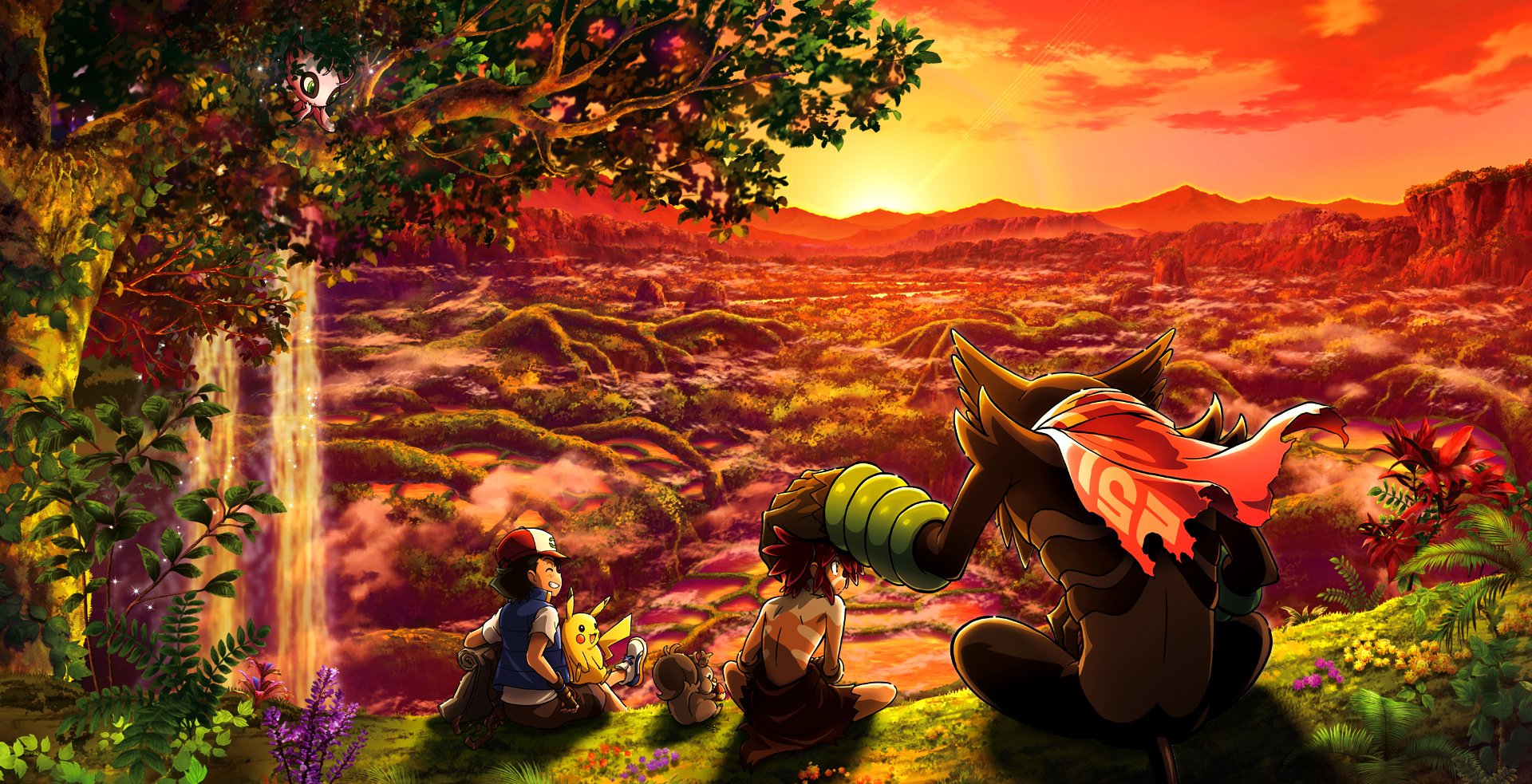 Zarude, the newest Mythical Pokémon was revealed earlier today through a short demo in Sword and Shield, but now we also got a look at it in the newest trailer for Pokémon Movie 23: Coco.

The newest Pokémon film will release on July 10 in Japan, and in the trailer that just aired on the Japanese variety show, Oha Suta shows Zarude interacting with some of the other characters, along with a Shiny Celebi that will be featured in the film.

Within the trailer, you see the new Dark/Grass-type Pokémon save the titular character Coco as from falling off of a cliff. It is then revealed that Coco was raised by Zarude in the jungle, which most people guessed just by looking at the similarities between the two in terms of design.

The main focus of the trailer is showing how Coco lives in the forest alongside all of the other Pokémon, but you do get a few good shots of the Shiny Celebi at the beginning before Ash and Pikachu meet Coco.

This partially confirms the early theory that Celebi will play a big role in this new film that was brought up due to the appearance of the Celebi shrine from Pokémon 4ever being shown in the original trailer. It is unclear how important Celebi will be, but because the inclusion of multiple Mythical Pokémon has happened before, it will probably be pretty integral to the story.

And, upon the first appearance, Zarude is wearing a pink cape. It might not seem like much other than a way to spice up the character design a bit at first, but if you look closely you can see the design on its cape actually says “No. 152.”

That is Celebi’s Pokédex number, which means there is definitely something tying the two together.

More information will be available about both Zarude and Pokémon Movie 23: Coco in the near future.