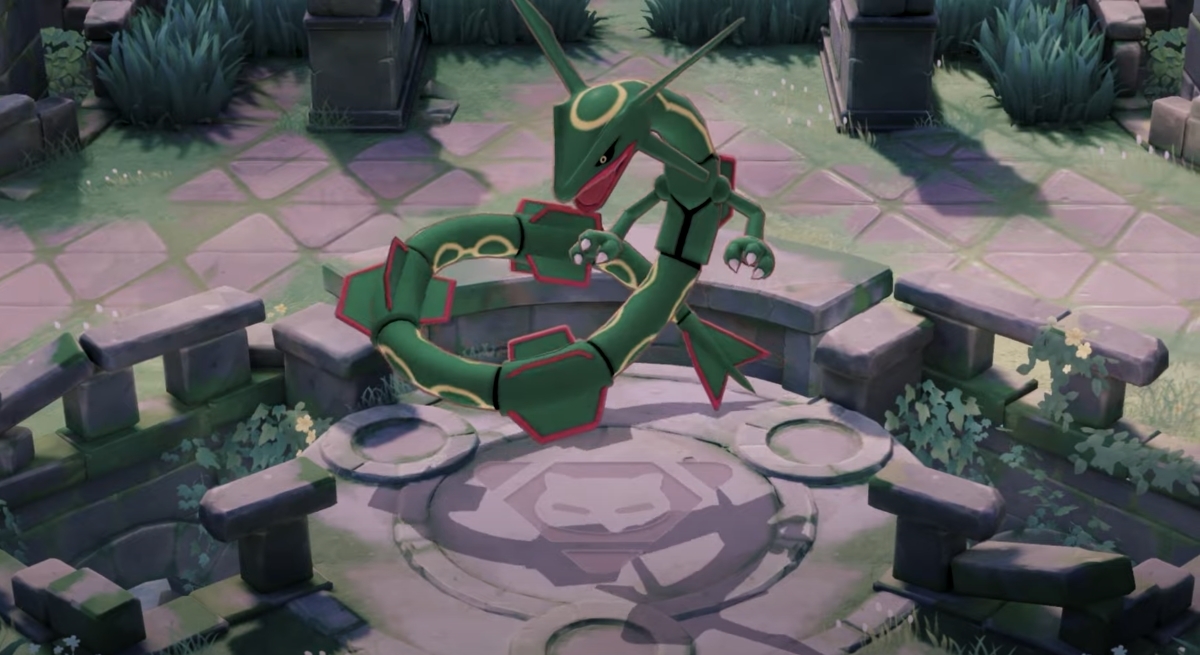 While it wasn’t the reveals everyone was hoping for, there were a few smaller Pokémon announcements shared during the opening ceremonies of the 2022 Pokémon World Championships. One of those reveals was our first official look at the next Pokémon UNITE map, which will feature Rayquaza as the new final objective.

There weren’t any details shared for this new map, called Theia Sky Ruins, during the trailer reel, which also showed Ash Ketchum and Pikachu as playable characters in Pokémon Masters EX, but just the news of a different map coming to the game in any capacity has fans excited.

If you keep up with UNITE datamines, you have probably heard about this new map before, as it and several details have leaked over the last few weeks—including that four of the Regis will be represented if the data is to believed. Each of the Regis, Regice, Regirock, Registeel, and Regileki, will reportedly have a unique effect impacting the game in the form of opening goals for easier scoring or buffing the team that knocks them out.

As for Rayquaza, it will seemingly have a larger effect on the map in that air currents will appear in select areas of the map when it spawns in the final stretch of a match. Once defeated, it will give players a speed boost and shield that makes scoring unblockable for a time, though none of this has been confirmed by the developers yet.

We still don’t know if the map will be included in Ranked and Standard matches or relegated to Quick Battles like other new maps have been in the past, but hopefully, it will be in the regular rotation to provide players a fresh experience far away from the talons of Zapdos after over a year.

No further information about the map, its intricacies, or when it will release was shared, but The Pokémon Company will likely announce more details in the near future.