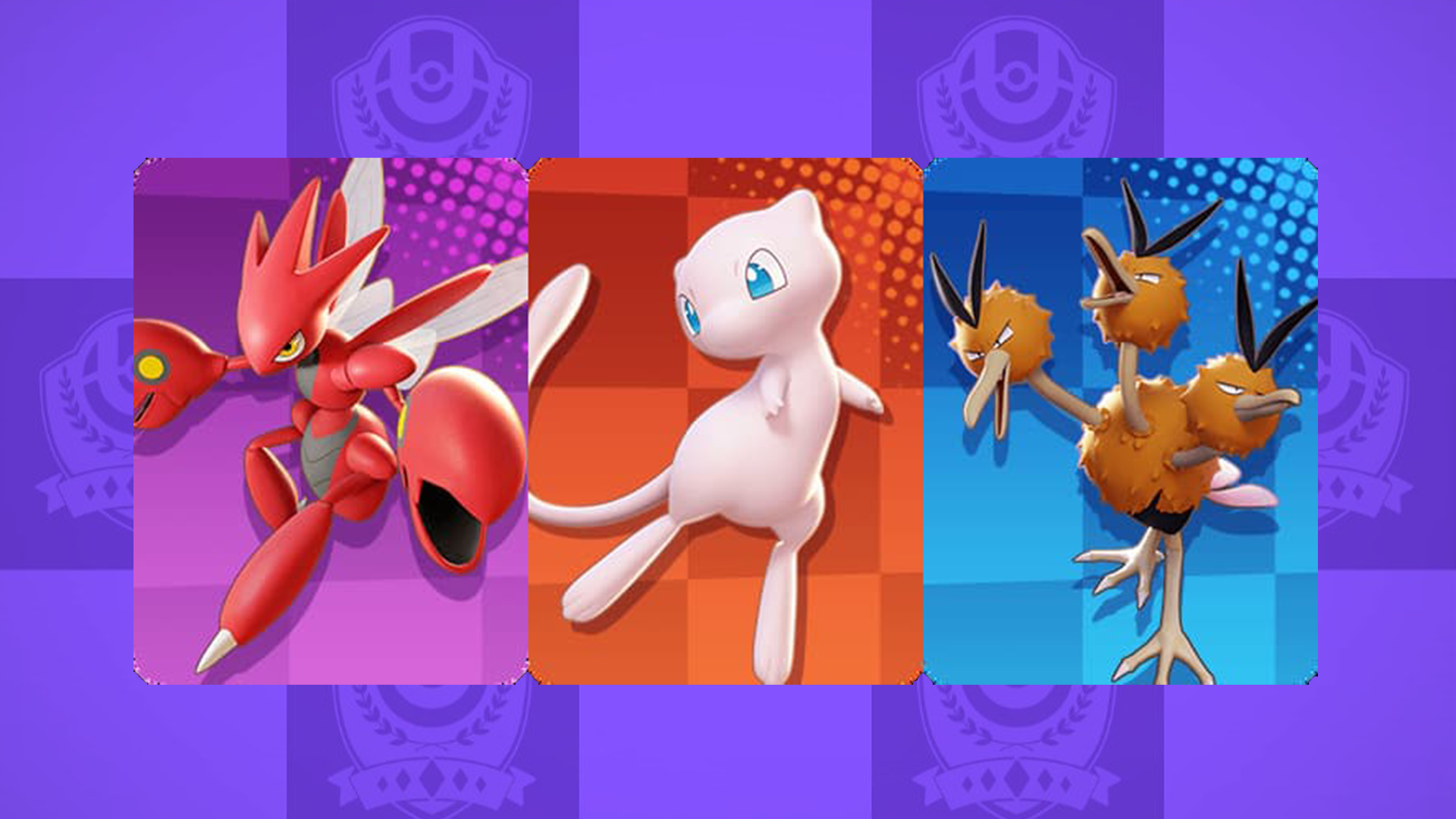 Image via The Pokémon Company | Remixed by Cale Michael

It appears Pokémon UNITE is finally giving its playersbase two things that have been on the wishlist for almost a full year now: a new map to play in Ranked matches and a new Speedster for the playable Pokémon roster.

In several early leaks that have yet to be fully detailed, data for what appears to be all three playable Pokémon planned for a release in or around September have been found—Dodrio, Mew, and Scizor. The release of the three Pokémon appears to be in celebration of the one-year anniversary of UNITE launching on mobile.

Because these leaks are early, the only information available about the three Pokémon are that they will likely be added to the game as playable options over the course of September, and that they will each be different classes.

Dodrio will be the game’s first true post-launch Speedster, breaking a more than year-long drought if you count Zeraora as a launch bonus. As for Mew and Scizor, they will be an Attacker and All-Rounder respectively, which makes plenty of sense based on their kits.

Mew will apparently have access to Surf and Transform. Though Mew can technically learn any move, so it can fit any role, the Pokémon having Transform opens the doors for some Hoopa-level shenanigans. This includes what appears to be six moves to choose from and a reset button that seems to let Mew change moves mid-match at least once.

Dodrio and Scizor will evolve from Doduo and Scyther as they level up, at least based on the in-game models pulled from the backend of the game. There also might be a situation where Scyther does not evolve into Scizor depending on which moves players choose.

As of now, the release dates are all set for September, but these are subject to change as all of this data was pulled from the game early.

In addition to the three new Pokémon, which have a varying amount of information circulating behind the scenes at the time of writing, a new map has also apparently been leaked.

Not a lot of information about this map has been publicly provided in the form of data, but it looks like this could be a new map used in various modes, though it is unclear if that includes Ranked matches, and themed around Sky Pillar called Sky Castle. This will reportedly feature Rayquaza and Celebi in some form, and Bunnelby and Altaria as Wild Pokémon to farm.

Additional images have also shown Regice, Regirock, Registeel, and Regileki on the map too.

Cynthia, the Champion of the Sinnoh region, could also be joining the game as a special battle mode, likely in a variation similar to Boss Rush where you will battle members of her team in an arena. Additional images for Raihan, Leon, Green, and Korrina were also discovered, though details about this crossover are still scarce.

Oh, and more Boost Emblems are on the way that will round out the original 151 Pokémon. Shocker.