A new Pokémon Trading Card Game (TCG) set is coming next year called Shining Fates, The Pokémon Company International announced today. It will feature over 100 shiny Pokémon for you to collect.

The expansion will be released around the world on Feb. 19 and will include nine shiny Pokémon V and seven shiny Pokémon VMAX, like the highly collectible Shiny Charizard in its Gigantamax form.

Shining Fates will also introduce three more Amazing-type Pokémon, each featuring a legendary or mythical Pokémon illustrated with “vividly rainbow backgrounds that extend outside of the frame.”

With a total of more than 30 Pokémon V and Pokémon VMAX, trainers will be able to play with popular competitive Pokémon TCG cards from the Sword and Shield series. 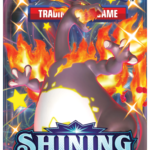 This set was inspired by the popular Pokémon TCG Hidden Fates expansion released in 2019 during the Sun and Moon series, which featured the collection symbol “SM8b.” 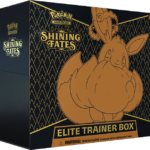 Cards from the Shining Fates set will be available in the following products: