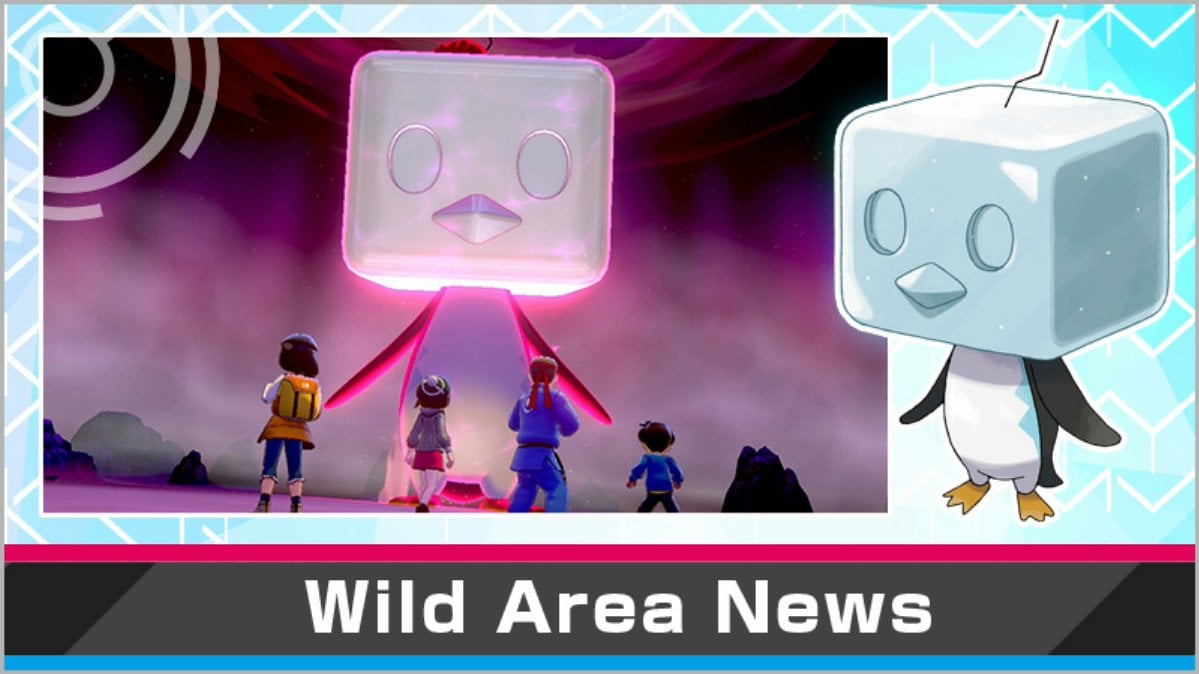 April 25 is World Penguin Day, and to celebrate, a special Max Raid Battle event has started in Pokémon Sword and Shield, featuring the Penguin Pokémon, Eiscue.

Starting today, players can find Raids full of Eiscue all over the Wild Area, the Isle of Armor, the Crown Tundra, as well as via online raids with other players. This will also allow players of Pokémon Sword to obtain this Pokémon in their games, since it is normally exclusive to Pokémon Shield—and locked until after the sixth gym leader is defeated.

Players will also have the opportunity to find a guaranteed Shiny Eiscue in their Max Raid Battles, trading its normal blue ice block head for a purple one. It is not guaranteed that players will catch this Shiny Eiscue, and it will only be able to be found five stars.

Rewards for defeating Pokémon’s newest penguin representative include Dynite Ore, Armorite Ore, and guaranteed Figy Berries and Hondew Berries. These berries can be used to increase the friendship of a Pokémon at the cost of losing some of their base stats. Beating Eiscue will also reward players with a copy of TR05, containing the infamous Ice-Type move, Ice Beam.

This Max Raid Battle event briefly takes the place of the current Max Raid Battle event, which does not contain any Gigantamax Pokémon but focuses on Pokémon that players can find throughout various parts of the Galar Region, including Dubwool and Corviknight. This event will resume after this special event for World Penguin Day ends on April 25.