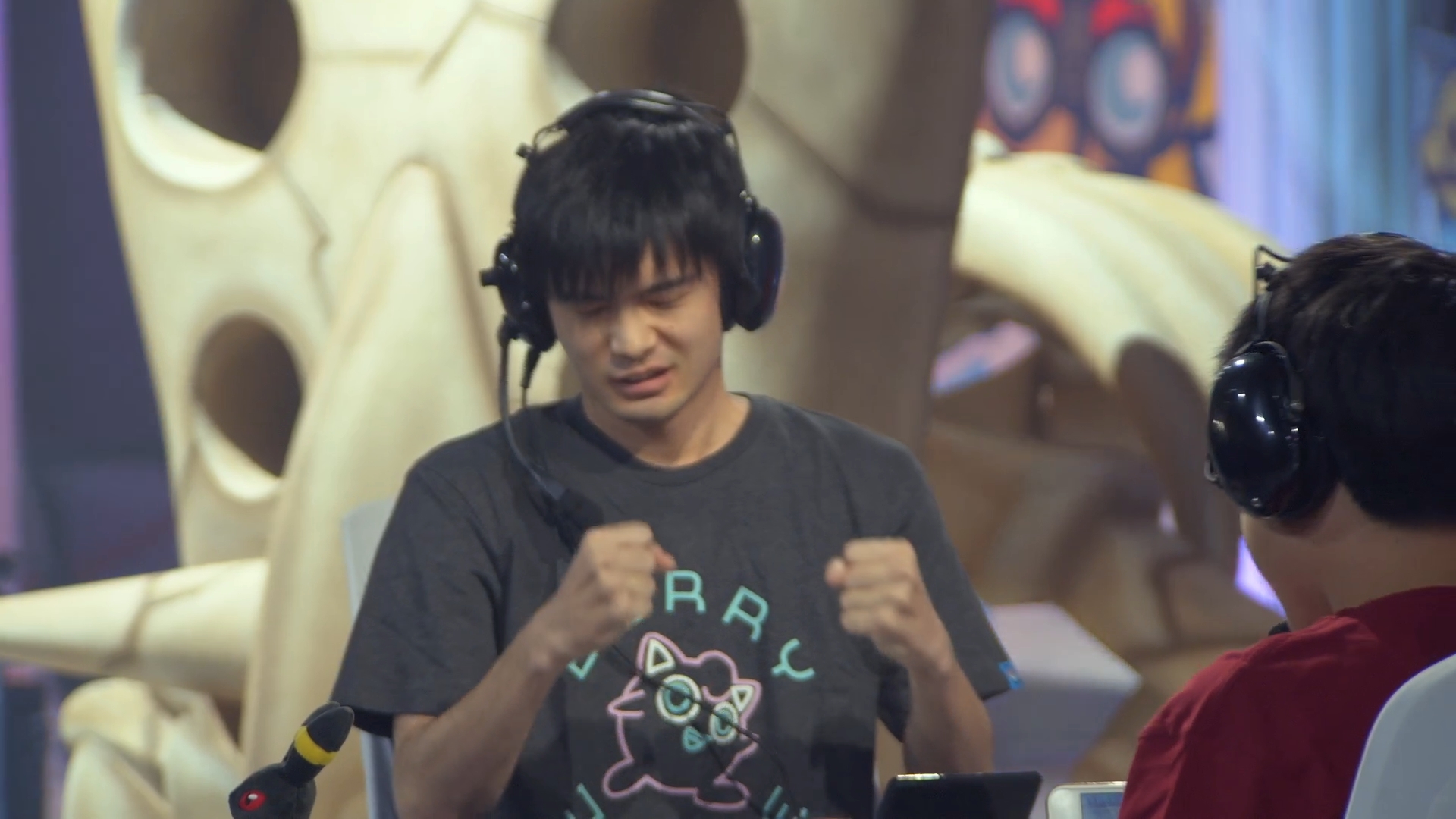 For what might be the final time, viewers watched as a combination of a Primal Reversion and Mega Evolution dominated the field of a VGC event, eventually leading to Naoto Mizobuchi winning the Masters Division at the Pokémon World Championships 2019 yesterday.

Since Pokémon Omega Ruby and Alpha Sapphire were released in 2014, the competitive Pokémon scene has been dominated by Groudon, Kyogre, or Rayquaza. These legendaries from the third generation of games all have the ability to cause hazardous weather conditions to assault the battlefield.

VGC reverted back to the days of weather wars in Pokémon Black and White, with players trying to time or train their Pokémon to allow their weather to remain the dominant force on the field. And with the added ability for both Groudon and Kyogre to revert to their Primal forms and cause even more damage, this became nearly unavoidable.

Primal forms, Mega Evolutions, and Z-Moves can all work in tandem on the same roster, leaving so many options on the board that conducting counter-strategies can become a massive headache. And that applies even when planning against a team similar to your own, as shown in the grand finals of the Masters Division.

Mizobuchi played against another Japanese player, Hirofumi Kimura, in the final series of the Pokémon World Championships. In the last battle, things came down to a game where both players had a Primal Groudon and Mega Salamence in their party.

Both of their similar core Pokémon had the exact same movesets and held items, with only the nature on their Salamence differing from each other. The rest of their teams had similar compositions, but no repeating creatures.

Related: Here are all the 2019 Pokémon World Championship results

By the final turn of game two, things were already decided since Mizobuchi had both his Groudon and Salamence left compared to Kimura only having a nearly-fainted Salamence of his own remaining. Mizobuchi locked down the win by focusing down Kimura’s Ultra Necrozma and letting his full health Mega Salamence come in and clean up.

With this 2-0 victory, Mizobuchi earned the title of Masters Division champion as he hoisted the Pokémon World Championships 2019 trophy.

Starting with the 2020 VGC season, the game will finally move away from the Sun and Moon-based meta. Pokémon Sword and Shield will be the titles used for next season, bringing with them new Pokémon, items, and tactics that professional players will find ways to implement into the meta.