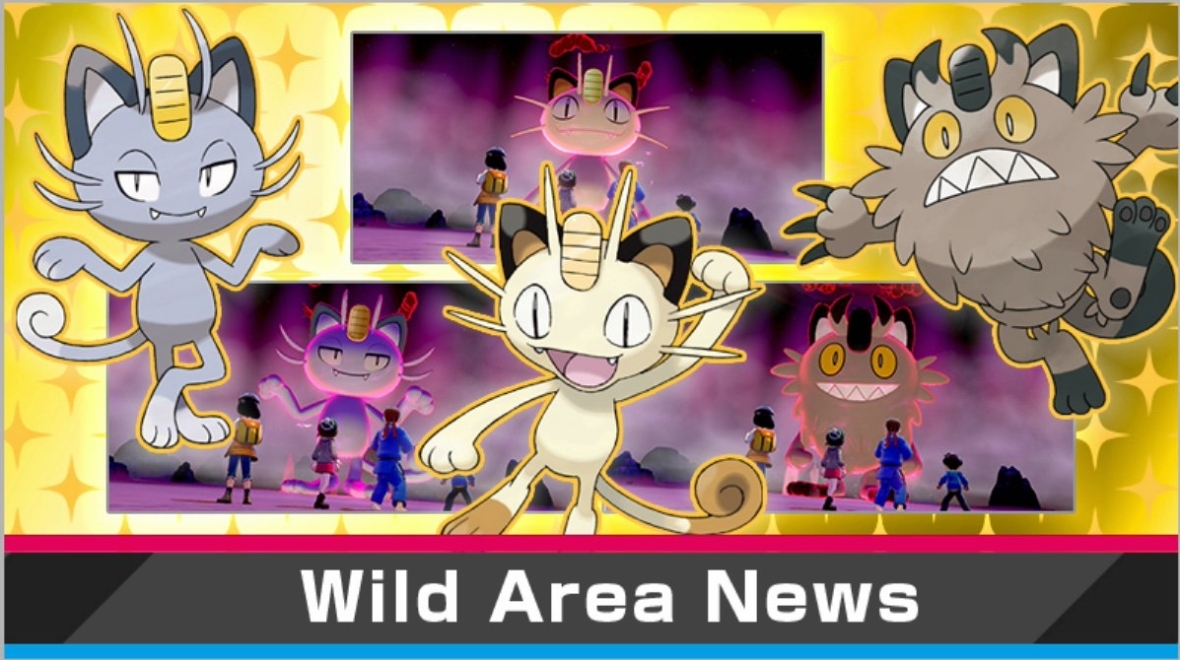 A new Max Raid Battle event is going live and will run throughout the weekend in Pokémon Sword and Shield that will center around the franchise’s iconic feline, Meowth.

The Scratch Cat Pokémon will be appearing in all three of its regional variants during this Meowth Festival, with Galarian Meowth appearing as a Shiny for lucky players too.

You don’t need to plan a lot for this event because all Event Den spawns are being taken up by some form of Meowth. Neither version of Persian will make an appearance at the higher levels and Perrserker is nowhere to be seen.

Instead, once you get to the five-star Raids, players will have the opportunity to find a guaranteed Shiny Galarian Meowth. It will only appear at the highest rarity and is just a two percent spawn chance.

Additionally, Kantonian Meowth has an eight-percent chance of becoming a Gigantamax Meowth that you can battle and capture at the five-star level.

The rewards for completing any of the Max Raid Battles will be the usual themed Technical Records like Taunt, Iron Tail, and Swords Dance depending on which Meowth you capture or defeat. Extra Dynite Ore, Armorite Ore, and useful Berries are going to be tossed onto the pile, too.

The event will run until 6:59pm CT on May 2 before reverting back to the normal Max Raid rotation.