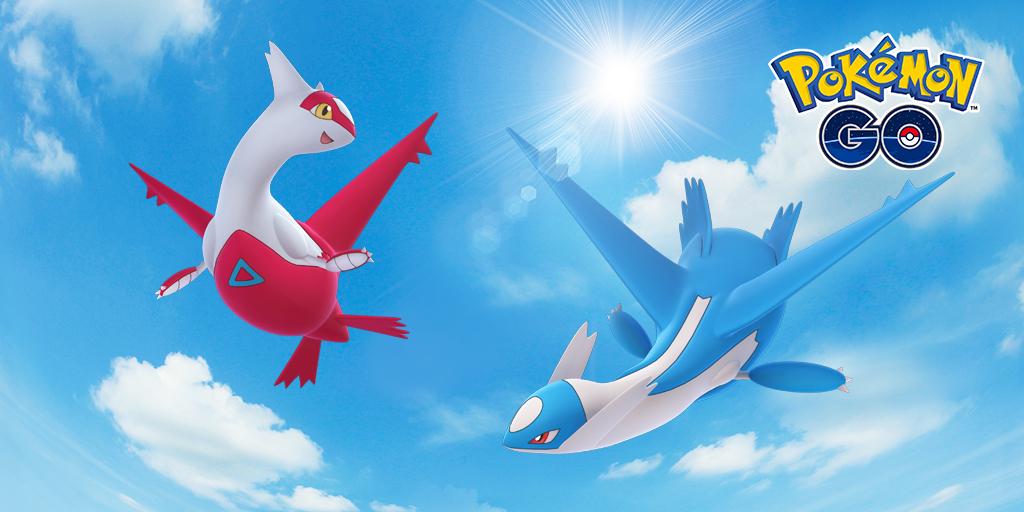 The Legendary Eon Pokémon, Latios and Latias, are returning to Pokémon Go in a special Raid Weekend set to begin on June 12.

This powerful Dragon/Psychic-type duo was last available in January and will only be around for a limited time, so you’ll need to act fast if you want to add them to your team.

Starting at 8am local time on June 12 until June 15, Latios and Latias will be joining raids as level five raid bosses. Both Pokémon will also have their Shiny variations available, though you’ll need to participate in a lot of raids or get lucky for a chance to encounter them.

When preparing to face the legendary duo, you should bring along some combination of Ice, Bug, Ghost, Dark, and Fairy-type Pokémon to guarantee an advantage.

This will also be the perfect chance to test out the new Raid Invite feature if you have friends who plan on going out to find the special raids in-person.

The feature is still going to be slightly limited, but if one friend is out participating in raids, they can invite up to five other players to join in regardless of their location, which could be a great way to grind the special Raid Weekend. You’ll still need to use a Raid Pass for each raid you participate in, even if it’s one you’re invited to by a friend.

Latios and Latias will leave the raid rotation again on June 15, so make sure to catch the elusive Eon duo before they soar away once more.