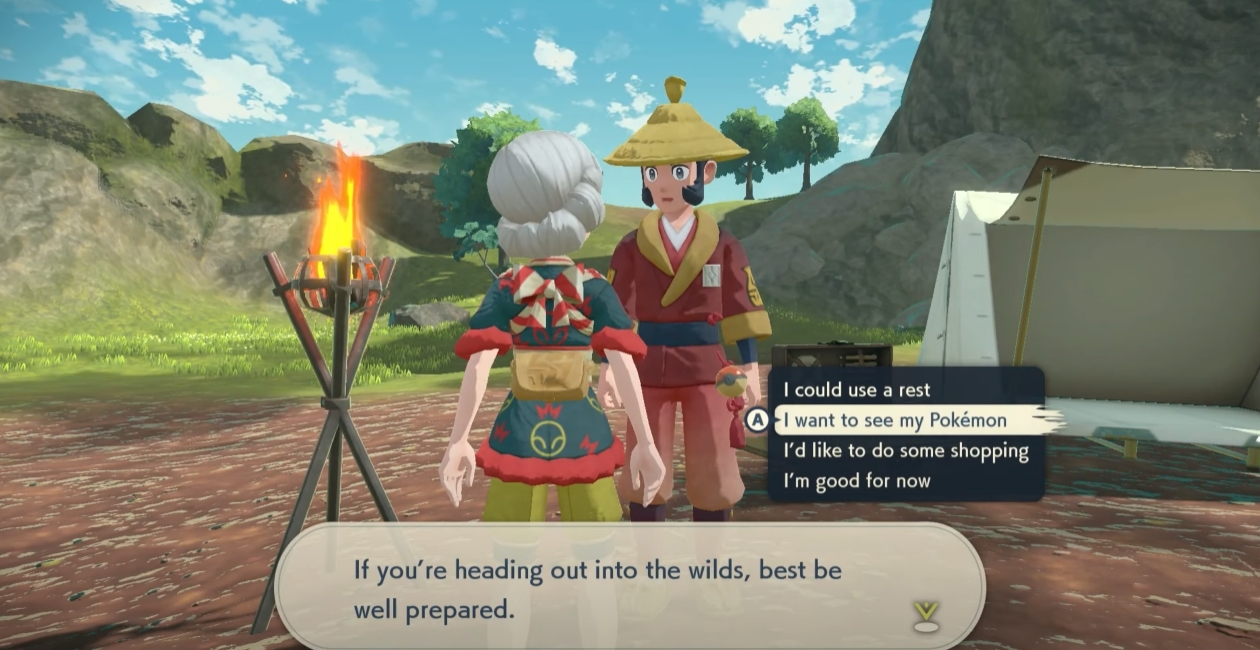 Pokémon Legends: Arceus did a lot to change how players approach battling and catching Pokémon, including completely reworking both systems at their core. This includes the methods in which trainers will have to swap out their party Pokémon since PCs don’t exist in the time of ancient Sinnoh.

While the Hisui region doesn’t have access to Bill’s PC, it does have Jubilife Village and the nearby pastures that will act as a hub for the game and give players methods to replace some of the features that they might have become accustomed to in previous games.

The pastures replace PCs in that Pokémon not active in the player’s party will be sent there to relax until they’re either picked up or released. You’ll have access to eight pastures once you unlock the feature, with each containing 30 spots to use as Pokémon storage. This number will increase as you progress through the game’s story, catch Pokémon, and increase your Galaxy Team Survey Corps rank.

To change party Pokémon, you’ll need to talk to Marie, an NPC who helps maintain the pastures. She’ll act as your guide to using the storage, letting you change out which Pokémon you have on hand and interact with those that are kept in the fields.

You can also switch your party Pokémon out when in the field on expeditions by visiting any Base Camp.

When you arrive, you can talk to the NPC standing next to Professor Laventon. In the options given to you, there’s one to swap around your team, which can be helpful if you end up in an area that has Pokémon your current party is weak against and need some extra help.