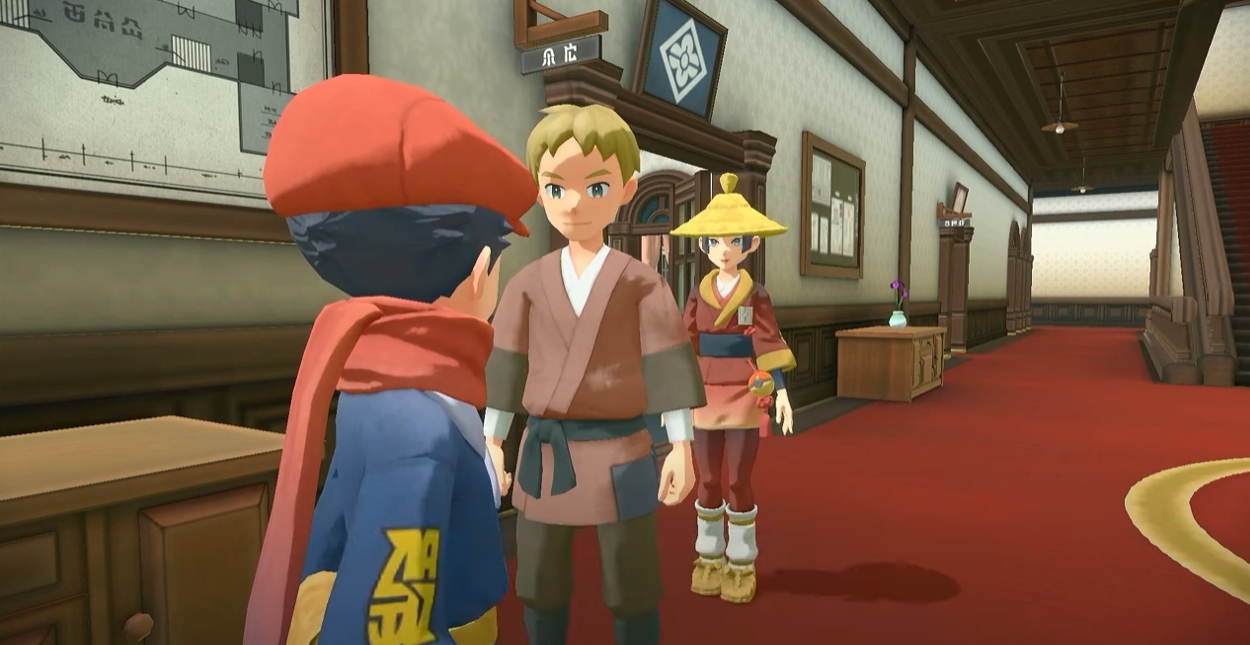 As members of the Survey Corps, players will be tasked with doing all sorts of odd jobs when out in the field as they explore the Hisui region. This means Pokémon Legends: Arceus has a number of requests that will have players exploring certain areas to help out NPCs.

After defeating the Noble Pokémon Lilligant, players can talk to an NPC named Zeke at the Galaxy Hall. He will ask you to find his sister Wanda, a member of the Security Corps who has gone missing in the Crimson Mirelands. This request, Gone Astray…in the Mirelands, can be completed by heading out to the designated area and using Ursaluna to sniff out the missing person.

Ursaluna will pick up Wanda’s scent at the end of your conversation with Zeke, leaving you to head to the Crimson Mirelands and start tracking her down.

You can see you are going in the right direction when Ursaluna’s tracker is blinking blue. The chase will end in you finding Wanda around the Grapejaw Bog and giving her the proper directions to reach Jubilife Village again.

As a reward for finishing the request, you will receive three Stardust and another non-capture-related task completed.