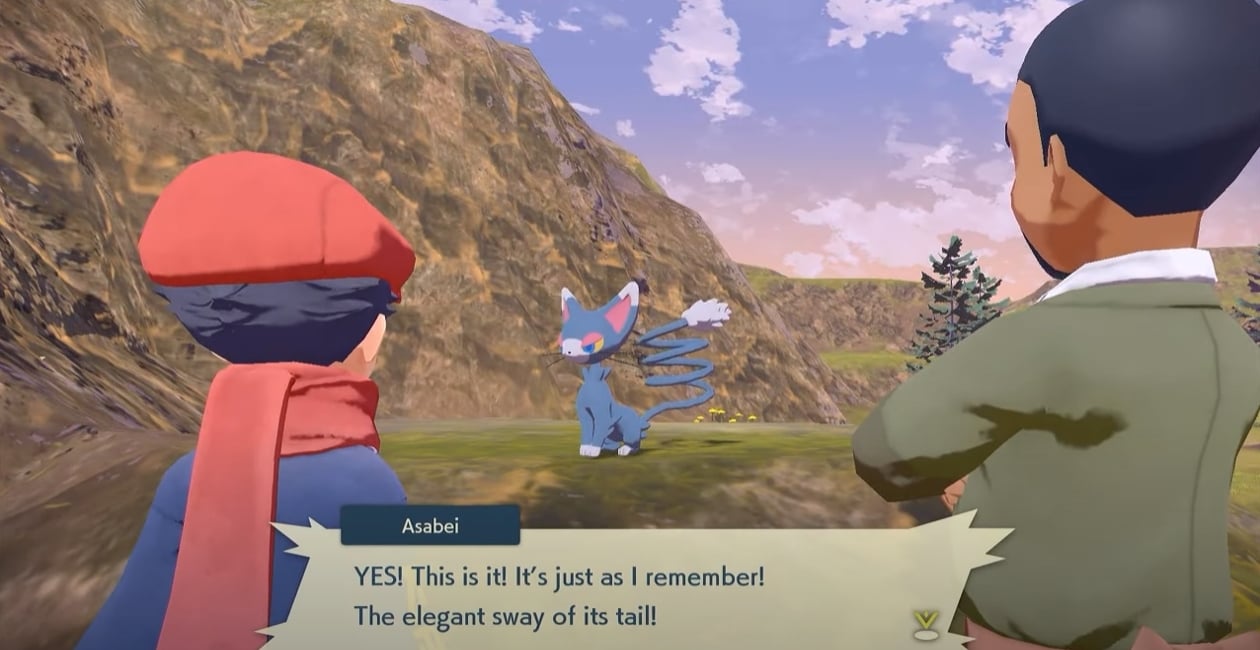 A lot of requests from NPCs in Pokémon Legends: Arceus involve hearing about a once-distinct trait for an “unknown” species of Pokémon and having to hunt it down to collect data for your Pokédex.

This is the case for the An Elegant Tail request, which will have players talk to an NPC named Asabei on the outskirts of Jubilife Village. Asabei will regale players with the story of a remarkable Pokémon’s tail he spotted nearby.

Funnily enough, the Pokémon he is talking about is Glameow, a Normal-type known for “bewitching” humans with its helical tail. Oddly, Asabei thinks he saw the Pokémon near the village, but to catch a Glameow and complete the request, you’ll need to travel all the way to the Cobalt Coastlands.

Unlike some missions that require you to hunt down and capture a certain species of Pokémon, Glameow is relatively easy to find once you travel to the coasts. All you need to do is stay away from the water and head toward Crossing Slope, where several Glameow and even a Purugly should be wandering around.

Once you catch a Glameow, you can head back to Asabei and show him your newest capture. For doing so, you will be awarded two Aux Evasion and two Grit Gravel.