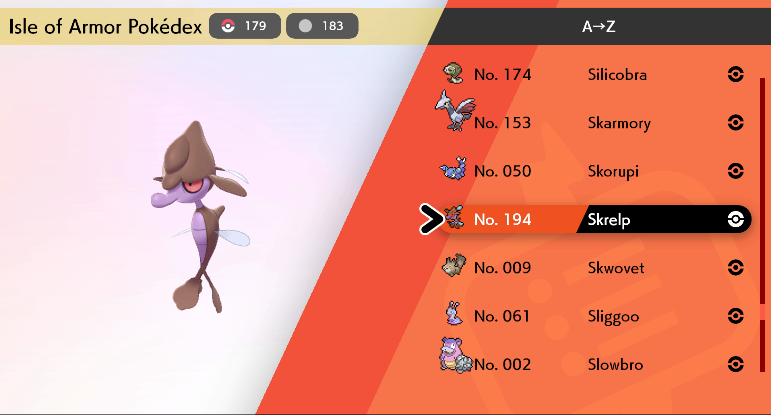 Pokémon Sword and Shield’s DLC added 100 returning Pokémon for players to collect. But no Pokémon DLC game would be complete without version-exclusive creatures.

One of these, Skrelp, is highly sought after in the Pokémon community. Only players who have Pokémon Shield will be able to get their hands on it, however.

Even when you have Shield, though, it can be a pain to try to find a Skrelp.

Skrelp appears in the ocean surrounding the Isle of Armor map and has a five percent chance of appearing in the overworld. The ocean is huge, so it could take you ages to actually come across one.

Just get on your bike and circle the island until you come across one. It’ll all come down to luck, so just make sure you have enough Poké Balls ready for when you do come across a Skrelp.