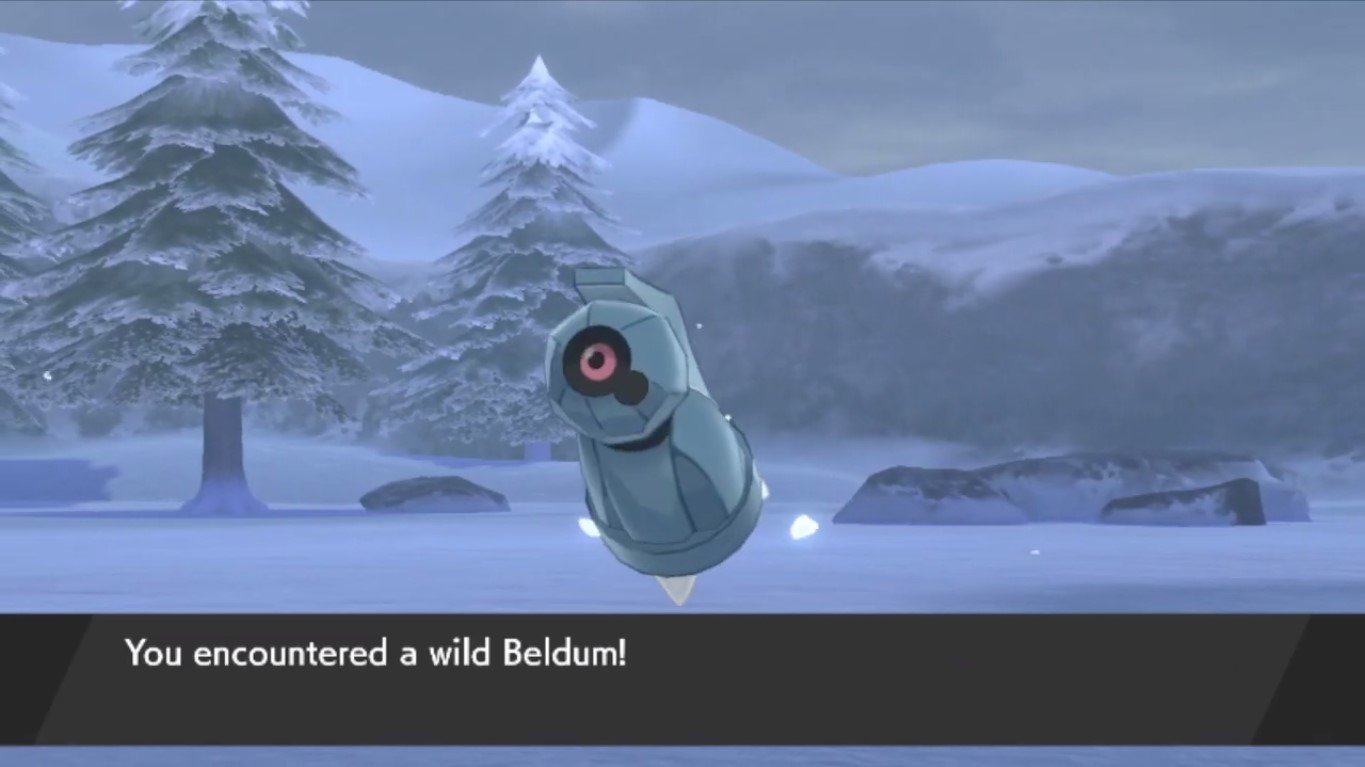 Beldum can be found in the overworld in Snowslide Slope. Search around the snow and it’ll eventually spawn. It’s not too hard to find, though. It regularly appears in the snow or in the tall grass.

The weather won’t affect your chances of encountering a Beldum in any way, so don’t worry about needing to catch it at a certain time. Just be careful when you find one because it’ll spawn with a level around 65 and can easily be defeated.

Beldum is weak to Ground, Ghost, Fire, and Dark-type attacks, so try using other types of Pokémon to catch it and come prepared with a lot of Poké Balls just in case. Don’t worry if it faints, however, since other Beldums spawn regularly.

Beldum is a Steel and Psychic-type Pokémon. It can evolve into Metatang and later into Metagorss. Beldum only requires leveling up to evolve, so you won’t need any special items.