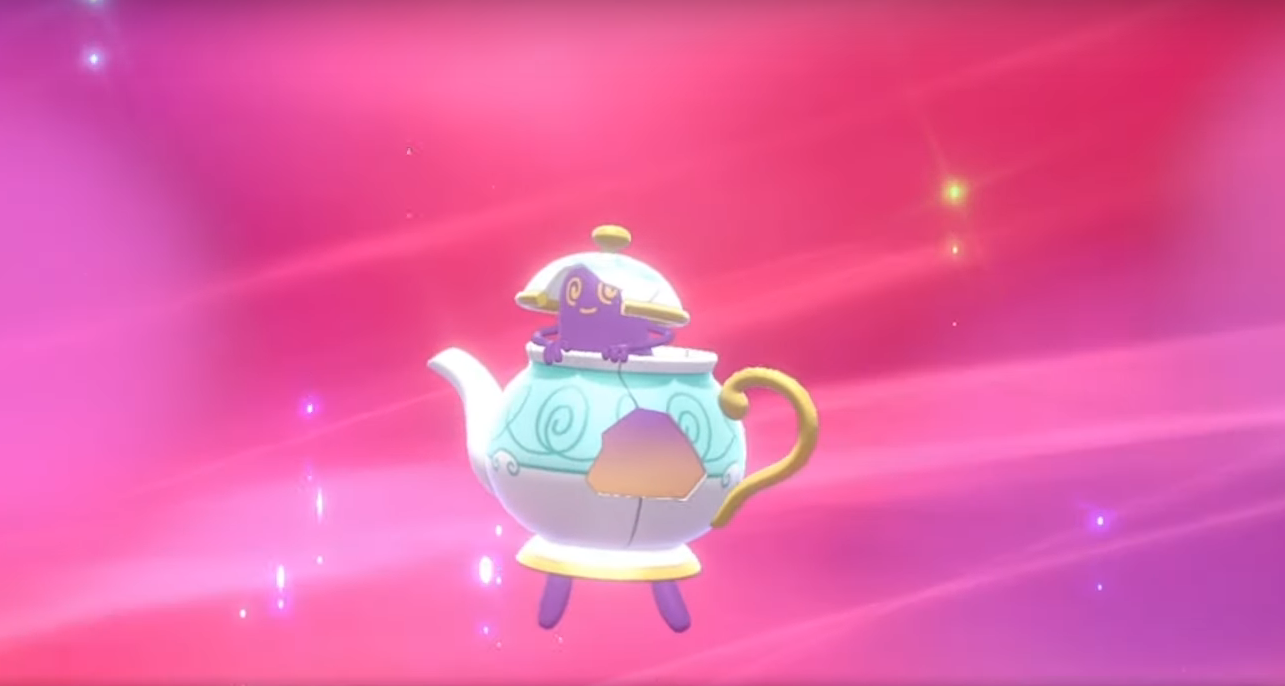 There are several new ways to evolve Pokémon in Sword and Shield, some of which involve new items that are only in the game to help you get your team to their full potential.

One of those new Pokémon is Sinistea, which needs one of those specific items to evolve into Polteageist so you can continue traveling the U.K. inspired region and making tea puns while doing so.

You can find Sinistea just outside of Stow-on-Side in Glimwood Tangle among the other spooky Pokémon. Unfortunately, this is one case where you probably won’t see the Pokémon coming because it’s a grass encounter, so you’ll actually need to trigger the battle by running around first.

After you filter through the Phantumps and other residents of the forest, you can catch your Sinistea and then head back to Stow-on-Side.

This is where the chance for evolution gets a little random since you’ll need to talk to an NPC near the Pokémon Center who’s trying to sell his special items. The item you need is called a Cracked Pot and it’s one of several items he could be selling on any given day.

If he’s selling the Cracked Pot, you’ll pay him for it and can immediately use it to evolve your Sinistea into Polteageist. Unlike trying to get Dusknoir or Electivire, the evolution to Polteageist doesn’t need a trade to trigger the evolution.

The spirit will move into the larger vessel like a crab picking a new shell because it outgrew the older one. Be wary, though, because the learnset for Polteageist is a lot thinner than that of Sinistea. So make sure you have a good moveset or some solid TMs before you make the change.

If he doesn’t have the right bargain going, there’s an option to ask what he’s going to be selling the next day. Just check that and come back until you get your Cracked Pot. Otherwise, you’ll just be sipping tea from a haunted cup.

Update Nov. 19 2:34am CT: You can also avoid purchasing one completely by simply heading deeper into Stow-on-Side.

Next to the giant set of stairs leading up to the stadium, there’s a ladder to the right. You can climb it to go behind one of the buildings and find a Cracked Pot sitting on the roof.