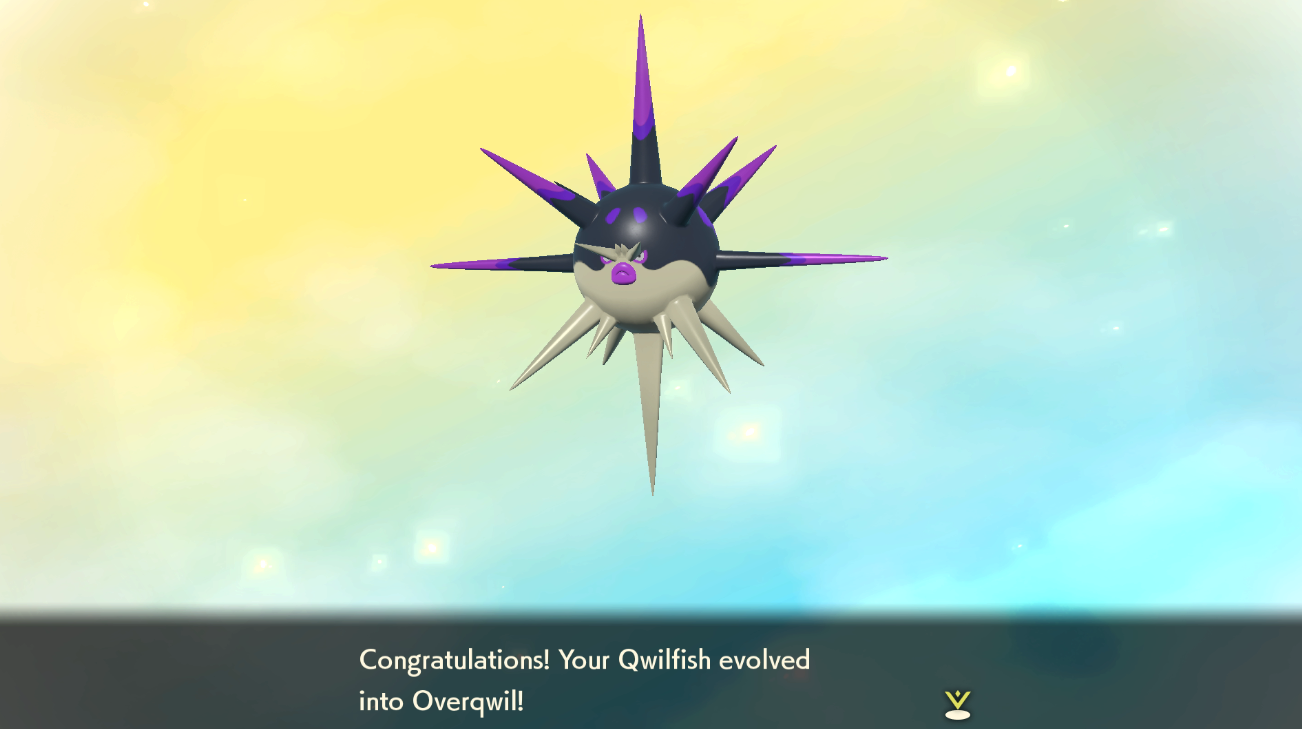 Dark-type Pokémon have received a few new additions in Pokémon Legends: Arceus—and one of them is Overqwil.

The Pokémon is a new evolution for Qwilfish that has some differences but features the same general appearance. The new evolution is stronger and worthy of taking the Dark or Poison-type space in any player’s party.

To add Overqwil to your party, you’ll need to do a few things, like evolving Qwilfish. Fortunately, this is straightforward and you may have even done it without noticing.

How to evolve Qwilfish into Overqwil

To evolve Qwilfish into Overqwil, you’ll need to take it into battle and use the move Barb Barrage while in Strong Style 20 different times. Once you’ve completed this, you can head to your menu and evolve Qwilfish as you would with any other Pokémon.

Like many of the other new Pokémon evolutions introduced in Pokémon Legends: Arceus, you cannot get Overqwil through any other method. This means you’ll need to head out and catch yourself a Qwilfish first.

If you’re looking for Qwilfish, there are multiple locations where you can find them. These include Obsidian Fiedlands and Cobalt Coastlands. In these areas, you can find Qwilfish in the water and catch it while surfing around.

As soon as you can access the areas to catch Qwilfish, you’ll be able to meet the criteria and evolve it into Overqwil.