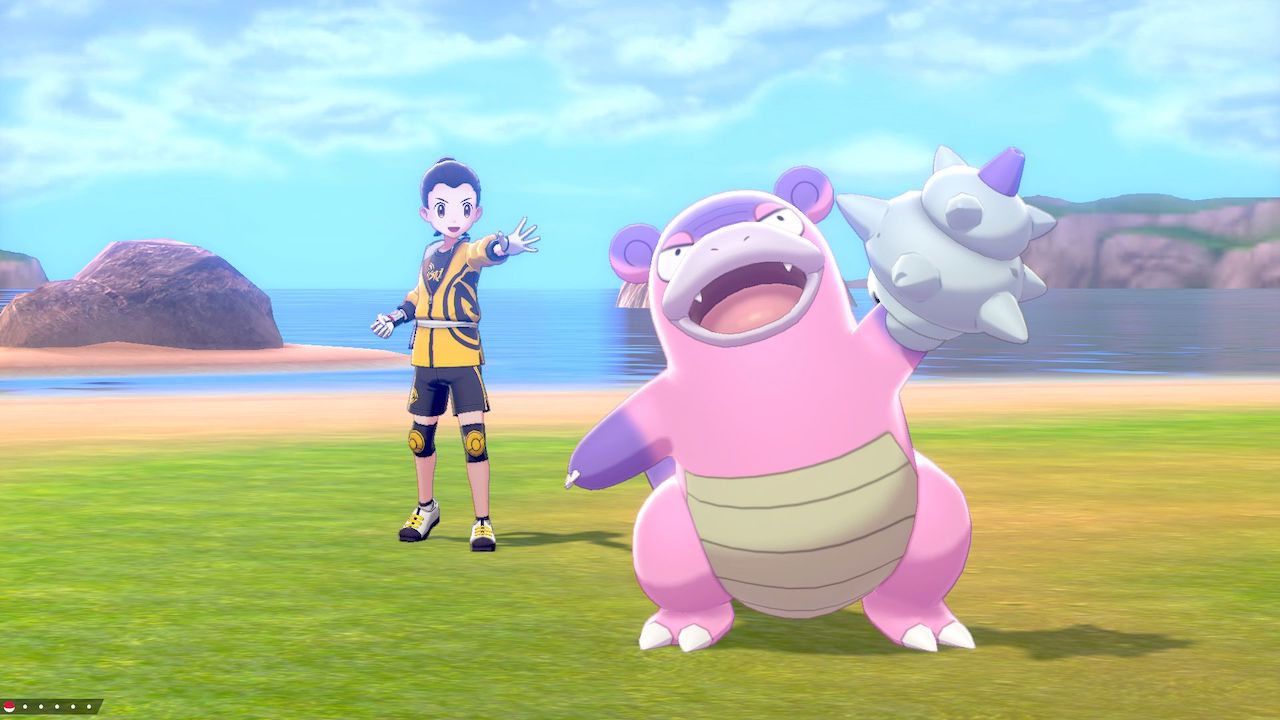 Galarian Slowpoke has been available in Pokémon Sword and Shield for months. But now, players can finally evolve it into Galarian Slowbro to complete the first evolution line for the Psychic-type.

You’ll have to do some foraging around for a new item only found on the Isle of Armor. But before long, you should find everything you need to get your Galarian Slowbro.

Deep in the caves of the Isle of Armor, and in a few other places too, you can find an item called Galarica Twig. This new item is a twig from a species of tree called Galarica that grows in certain areas around the Galar region and is said to be used as material for an accessory for a Pokémon.

Once you gather eight Galarica Twigs, you’ll need to head to a small island off the coast of the main Isle of Armor. There, you’ll be able to craft the twigs into a Galarica Cuff.

The Galarica Cuff is an item woven from the twigs that you can give to Galarian Slowpoke and let it hold the item.

It’s unknown if you need to trade your Slowpoke or level it up while holding the Galarica Cuff, but one of those two options will finally let you obtain Galarian Slowbro.

Galarian Slowbro can move with speed that puts the quickest of known reflexes to shame to fire a liquid poison shot from Shellder’s tip. They’re considered highly dangerous because of their exclusive Shell Side Arm attack.