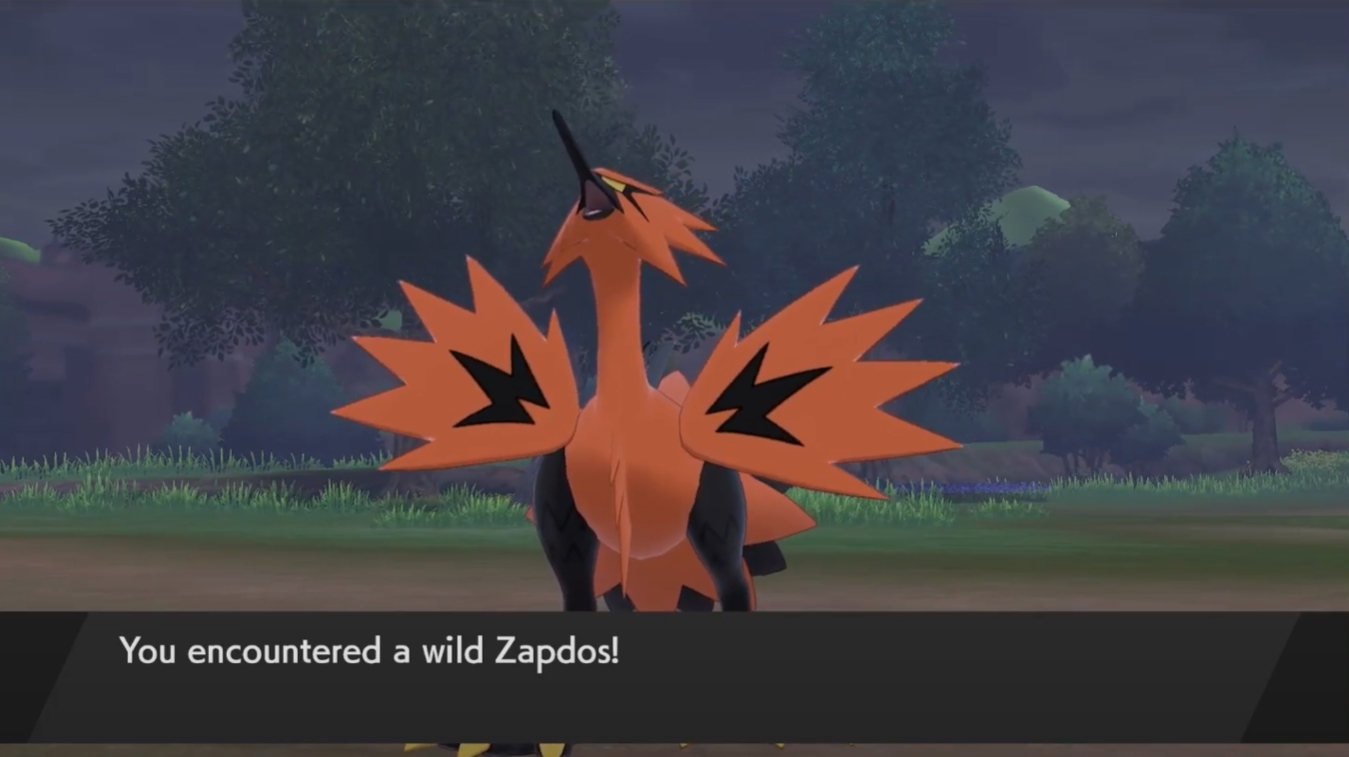 Though legendary Pokémon are going to be abundant in Sword and Shield’s The Crown Tundra expansion, there are a handful of new legends that are a little more important to the DLC’s story.

Galarian Zapdos is a big departure from the original, Kantonian variant, switching from an Electric/Flying-type to a grounded Fighting/Flying-type that focuses on close combat. And while all three of the Galarian Bird Trio are technically static encounters, you won’t just walk up and challenge them.

After you get through the cutscene of the three legends fighting around the giant tree in The Crown Tundra, the trio will break off and head to one of the three different Wild Areas that are now available to travel across.

Zapdos will dash off back to the main portion of Galar and start kicking up dust in the original Wild Area.

Once you fly back to the main Wild Area, you’ll need to find the orange blur and run it down. Zapdos is insanely fast, and just like with the Galarian Slowpoke you had to chase after in the Isle of Armor, you’ll need to cut the bird off to have a chance at capturing it.

Once you manage to catch up to it, simply battle it and catch it like a normal Pokémon encounter. But be ready to take some damage if you aren’t prepared for some strong kicks.