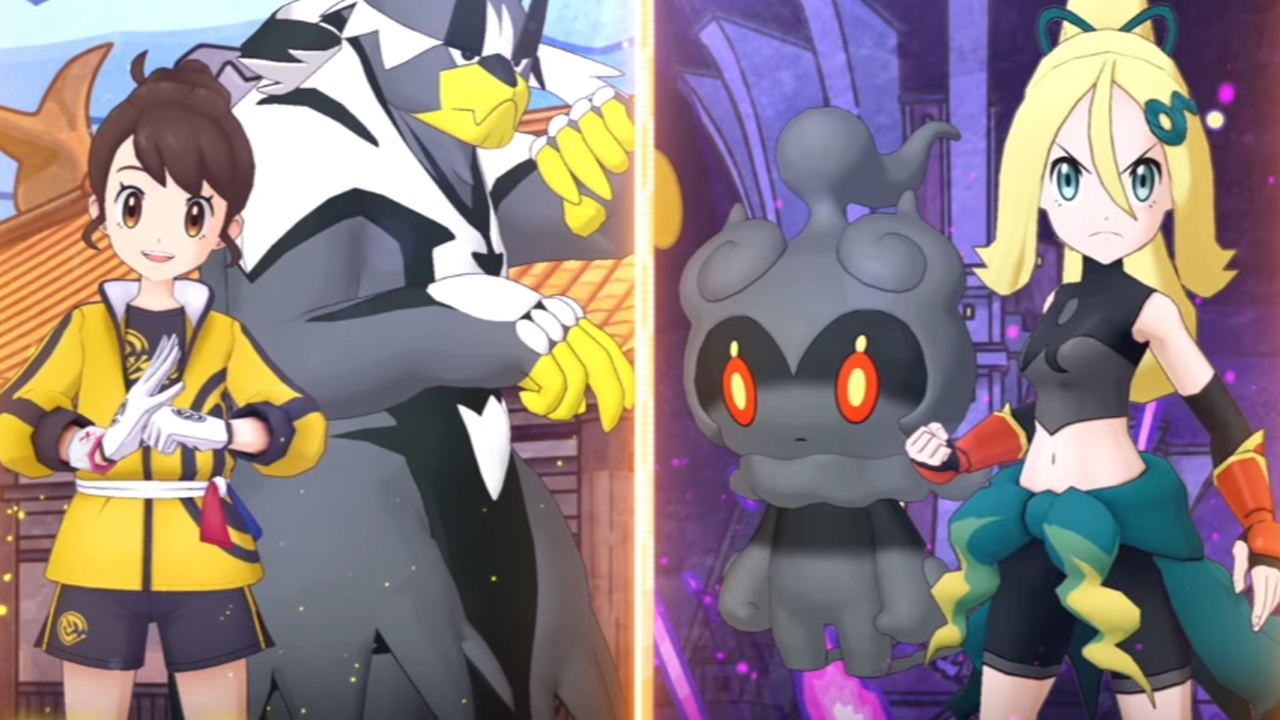 Pokémon Masters EX players are getting a drop of two new Sync Pairs later this month as Urshifu makes its debut alongside Gloria and Korrina & Marshadow join in on the action.

Both of these new additions come with their own uniqe outfit. For Gloria, this is the Dojo Uniform, and for Korrina it is the Sygna Suit.

The first of these new additions to drop will be Goria and Urshifu on July 13 followed by Korrina and Marshadow days later on July 15. Both can be found via the Poke Fair Scout.

DeNA shared a new clip to show off these new additions, which was shared on the official Pokémon Masters EX YouTube channel.

Right now there is plenty of reasons to hop in on the Pokémon Masters EX action as the Summer Night and Wishing Stars event continues through to July 17. Also going on right now are a variety of challenges including The Classic Thunderbolt event, Dark-type Gear Event, and more.

You can check out a full list of what is going on in Pokémon Masters EX now here via Serebi.net.

It isn’t exactly clear when these two new additions to Pokémon Masters EX will leave the featured spot of the Poke Fair Scout so if you plan on having the best chance to add them to your collection make sure you do so when they arrive during this week.