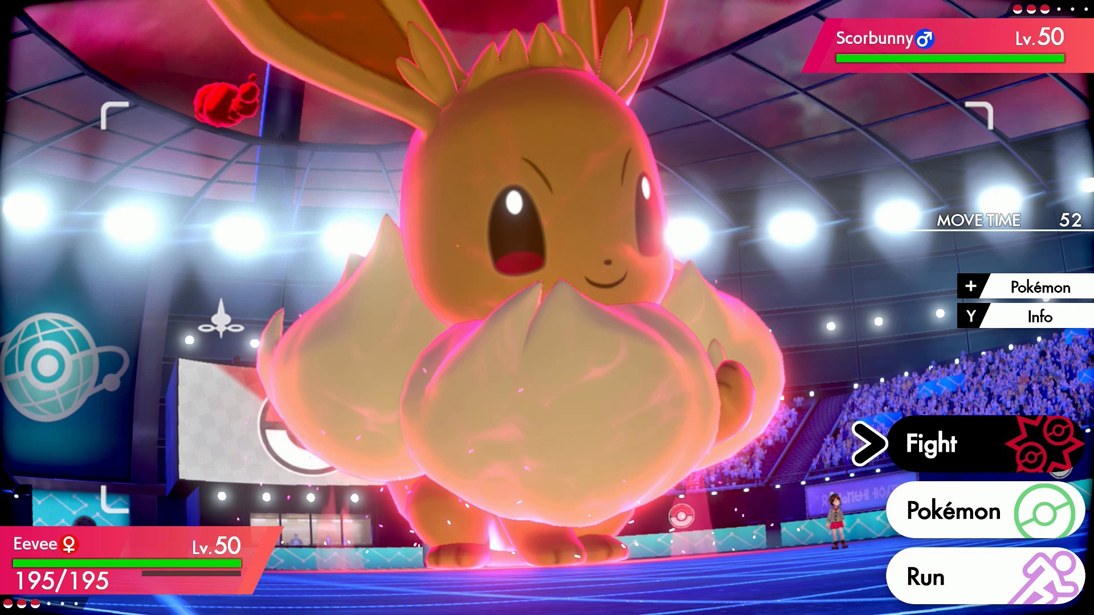 Pokémon Sword and Shield players have the chance to get one of the game’s most elusive Gigantamax Pokémon thanks to a new limited-time event starting today.

This Pokémon is, of course, Gigantamax Eevee, which was originally only available for those who owned the Let’s Go, Eevee! game on Nintendo Switch.

This marks the first time that Gigantamax Eevee has become available in another way. Previously, trainers had to collect the Eevee as a free gift from a character in the Wild Area’s station if they had save data on their system.

Gigantamax Eevee will be spawning a lot in the game’s Wild Area from today until May 25. After that, it’ll be replaced with another Pokémon, Gigantamax Meowth.

This also means Gigantamax Pikachu’s limited-time event in the games has come to a close. Gigantamax Meowth, who was a pre-order incentive for those who purchased the games on day one last year, is on the horizon once Eevee’s time in the spotlight comes to an end.