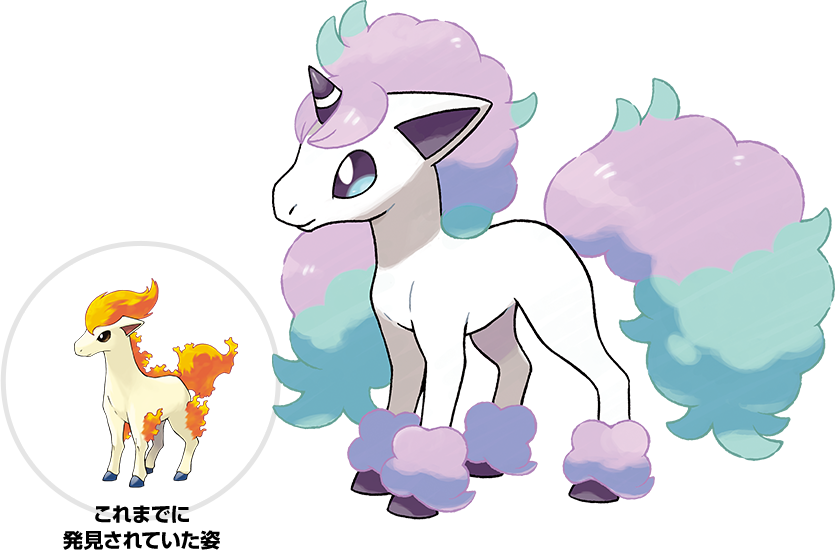 The Pokémon Company has confirmed that Galarian Ponyta exists and that it’s exclusive to Pokémon Shield in the latest issue of Famitsu magazine.

The magazine also gave fans the first official images of the Pokémon in action, as well as some artwork and a few snippets of information in Japanese.

The Pokémon is set to be the counter to Sirfetch’d, which was revealed a few weeks ago as a Pokémon Sword exclusive. This means that trainers can only get Farfetch’d and Sirfetch’d in Sword and Galarian Ponyta and Galarian Rapidash in Shield.

Not much else is known about Galarian Ponyta, however. It’ll be a Psychic-type Pokémon that has an exclusive ability that will stop it and any Pokémon on your field from being poisoned.

Pokémon Sword and Shield launches on Nintendo Switch on Nov. 15.