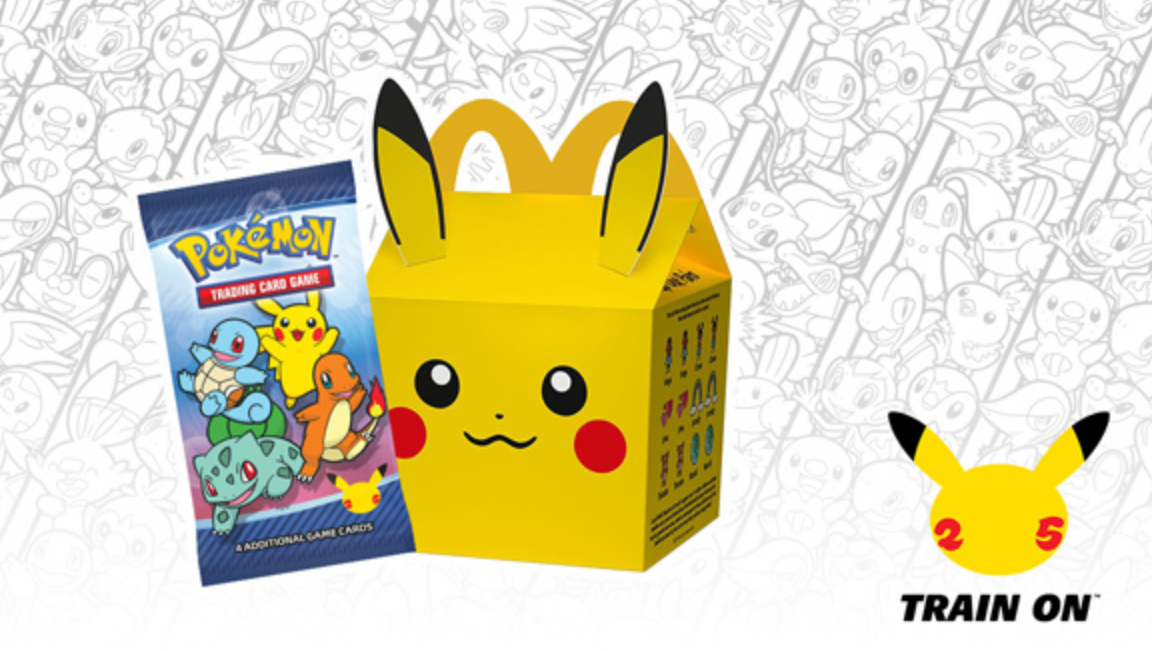 As part of a promotion for the Pokémon franchise’s 25th anniversary, The Pokémon Company once again partnered with fast-food giant McDonald’s to distribute cards in Happy Meals until March 8.

Each Happy Meal is supposed to come with a four-card promo pack that features reprinted art of all 24 starter Pokémon and Pikachu with a special 25th-anniversary stamp on the card. In total, there are 50 cards in this limited-edition set because all 25 Pokémon have a holo and non-holo variant.

Just like with every other Happy Meal promotion, customers can purchase the featured items separately, though this policy depends on the individual McDonald’s store and management. This has led to locations being bought out of the cards entirely, leading to scalpers re-selling the limited-edition Pokémon cards online.

Because the cards are a limited-edition run tied into the Pokémon franchise’s 25th anniversary, there is an inherent collectibility factor playing into the price of the cards. Some sealed boxes listed for resale can go for between $600 to $1,000, while individual packs are going up to anywhere from $4 to $20.

Here is a list of average costs for every Pokémon card featured in this McDonald’s 25th anniversary set, listed by generation and with holo and non-holo pricings form current and historic price database, PriceCharting. None of these listings are using PSA graded examples.

There are also four “toys” that are included with the promo packs, a cardboard deck box, a set of 25 stickers for each starter, a cardboard and plastic cardholder, or a set of four larger stickers that will feature a random region’s starter trio and Pikachu.