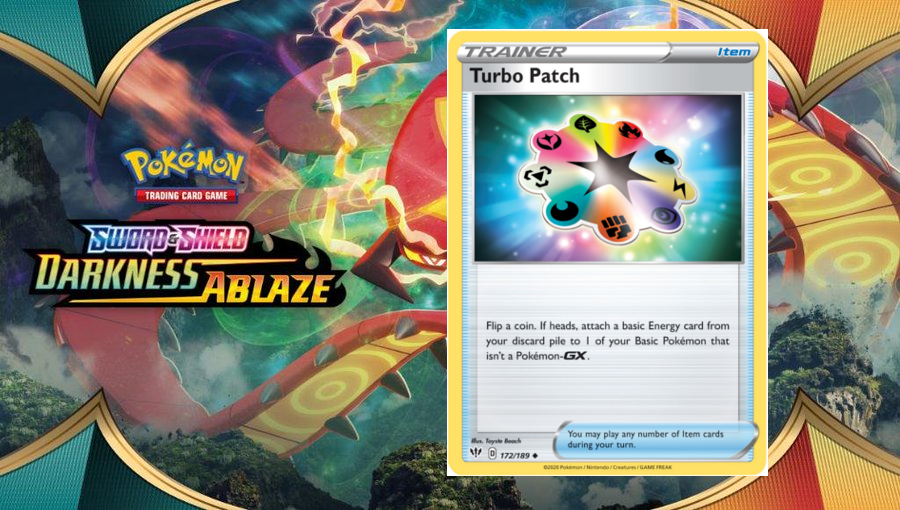 The Pokémon Company has exclusively revealed a new TCG card from the Darkness Ablaze expansion to Dot Esports.

Turbo Patch is a new trainer card that offers a high-risk, high-reward play for those looking to reuse discarded energy cards.

Rev up your deck and turbocharge your chances of victory! On a successful coin flip the Turbo Patch Item card lets you accelerate a Basic Energy from your Discard pile to a Basic Pokémon you have in play. Speed is king when this card is around!

Turbo Patch might be one of the weaker cards in the set, mainly because you have to flip a coin for its effect to work. And even if it’s successful, GX cards don’t get its benefit—but there’s no stopping V cards from getting an energy card instead. As such, we can see this card mainly being used in casual play instead of competitive.

The Darkness Ablaze expansion set launches in the West on Aug. 14.