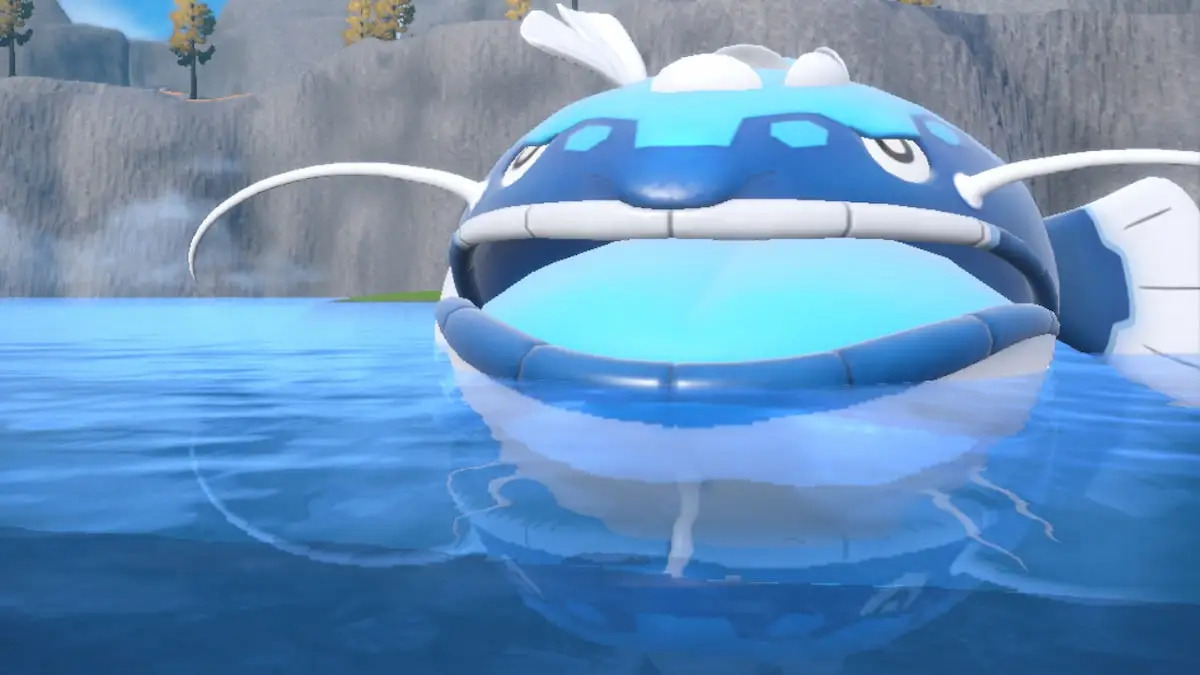 This win netted Paz $3,000 in prize money along with 200 CP to make his climb for the 2023 Pokémon World Championships a little bit easier.

This win comes as even more of a celebration since Paz pulled it off using a Dondozo-Tatsugiri team, a core that we’ve seen top cut nearly every grassroots tournament as well as the previous Regional, but never actually get a win. Finally, this fishy duo has got a tournament win under their belt—a Regional tournament at that.

We’ve also seen Murkrow decline quite a bit in the recent past and not get strong tournament results, but Paz seems to have broken that curse as well and gotten this prankster of a bird a Regional win.

Paz also used some other cool Pokémon and builds on his team such as Pawmot and Dragonite with an interesting set—but enough with the surface talk. Let’s get into the nitty-gritty side of things, starting with Luca Paz’s Liverpool Regional-winning team sheet.

Let’s get the most boring part about this team out of the way: Gholdengo. Everyone has seen string cheese man plastered all over the Series One meta ever since ranked battles in Scarlet and Violet have started; it’s a busted Pokémon, so of course it’s everywhere, but Paz managed to make an adjustment to the meta set that has been running around.

Recently, we’ve seen the bulky Life Orb-Nasty Plot variant of Gholdengo frolicking around on the ladder and in tournaments, and for good reason—it’s a great set. But Paz decided to stick with the Choice Specs set that was once meta because it paired so well with Murkrow. But ever since Murkrow dropped out of prominence, Choice Specs was no longer the premier item on Gholdengo. So it makes sense that Paz brought this set back along with Gholdengo’s best friend, a scrawny little black crow that loves pulling pranks.

Speaking of—yeah, Murkrow’s back, baby. Rocking the good ol’ Prankster-Tailwind to support all of its teammates, immediately doubling their Speed to let its team pick up crucial KO’s before their opponents can move, along with Haze to support Gholdengo—eliminating any stat drops from Make It Rain—Murkrow has proved to not just be a one-time wonder.

What is an interesting adaptation made by Paz on his Murkrow is its Tera type: Ghost. Instead of running Covert Cloak and losing out on essential bulk from Eviolite, Murkrow’s Ghost Tera typing let it avoid getting flinched by Fake Out and continue supporting its team with immediate effect. Clearly, this worked out perfectly for Paz.

Now let’s talk about the stars of the show: Dondozo and Tatsugiri. This dynamic aquatic duo deserved a big win after being such a large meta-warping component of the Series One metagame.

Paz’s choice of Tatsugiri was the Curly variant which allowed his Dondozo to get Attack boosts with every use of Order Up. But this Tatsugiri was not just meant to be ‘Dozo food—it could very well function on its own and be a useful member of the team.

Paz’s Tatsugiri held the Choice Scarf item to let it get an immediate Speed boost to fire off super-quick Icy Winds for immediate Speed control, along with strong damaging options like Draco Meteor and Muddy Water. What’s most interesting about this Tatsugiri’s set is the move Sleep Talk, which is an amazing adaptation to all the Amoonguss running around in the meta.

Even if Tatsugiri falls asleep, it can still click Sleep Talk, move before everything else on the field, and still get off one of its three deadly moves at random. Not the most reliable, but hey, it’s better than doing nothing at all while you’re asleep.

Paz’s Dondozo was the Substitute variant, a set that has been popping up quite a bit in the current Series One metagame. Not only does it let you punish passive plays from the opponent, but with Leftovers, you should be able to heal up all the health you lost from placing the Substitute.

It then lets you ignore stat drops—the most important one being Intimidate—allowing you to continuously click Order Up and Wave Crash to overwhelm opponents with sheer, increasing power.

Next up we have Pawmot, the Gen IX Pikachu clone that has been seeing a steady rise in usage in the late metagame of Series One. Paz utilized a standard Focus Sash set with Fake Out, dual STABs, and Revival Blessing, which is the main niche of using Pawmot.

Pawmot happens to be incredibly flexible with the Pokémon that it revives on this team. If you lead with Gholdengo-Murkrow, once the former faints, you can simply bring out Pawmot from the back and use Revival Blessing to get string cheese man back in the game and ready to cause mayhem once more.

The same can be done with Dondozo-Tatsugiri. If Dondozo happens to faint after ingesting Tatsugiri, Pawmot can bring it back and have the duo back in action, which Paz showed off on stream quite well. Apart from this, its great Speed tier and solid offensive presence let it be an all-around threat. Pawmot has seen a couple of grassroot tournament wins earlier, so we’re not surprised with its Regional win.

And then comes Dragonite, a ’mon that has managed to stay relevant in the competitive metagames of Pokémon ever since Generation I. While the majority of Dragonite in the Liverpool Regional were sporting Choice Band as their preferred item, Paz’s Dragonite donned the Assault Vest. This let it be incredibly bulky while dealing massive amounts of damage with its varied coverage and naturally threatening Attack stat.

Another neat adaptation by Paz is this pseudo-Legendary’s Tera typing. The standard is to go for Normal Tera to pair with Extreme Speed, letting you move before everything else regardless of Speed tiers and turn orders and deal massive damage along with it, but Paz decided to opt for Flying Tera instead, with Tera Blast.

This let Paz’s Dragonite get rid of two of the weaknesses that come with the Dragon typing along with supercharging his Flying-type moves, giving them an additional 1.5 times boost, in this case being Tera Blast. This is especially good into Amoongus, which was evidently one of the most common Pokémon throughout the tournament (surprise, surprise).

Paz could have easily opted for Dual Wingbeat instead, which would let him use a Flying-type move outside of Terrastalization as well, but we guess he really didn’t want to risk the 10 percent chance of missing, which is pretty smart in the long run.

He then ran Extreme Speed, Low Kick, and Stomping Tantrum for generally great coverage, where Low Kick could one-shot Kingambit while Stomping Tantrum gave Dragonite a way to hit Gholdengo, for super-effective damage at that.

To sum things up, Luca Paz concocted a brilliant bulky-offense team that was built with a couple of modes in mind like GholdenKrow and DondoGiri. Rounding these powerhouse duos off with the revive-bot Pawmot and tanky offensive all-rounder Dragonite made sure he covered all of the common matchups in the meta well enough to secure him the win in the Liverpool Regional.

What’s interesting is that Luca Paz ran the same team for the San Diego Regional that took place earlier this month and ended up landing a 7-3 finish at 69th place in the tournament.

“These guys were the goats, unfortunately tatsugiri was blind,” Paz said in a tweet after finishing his run at the San Diego Regional. Looks like he kept faith in his team composition and decided to stick with these ‘mons—albeit with some minor changes in sets—which paid off for him big time in the Liverpool Regional. We all love a good redemption story, don’t we?

The Liverpool Regional happened to be the first European VGC 2023 Series One Regional Championship for Pokémon Scarlet and Violet. 471 players traveled to compete against one another at the 2023 Liverpool Regionals on Jan. 21 to 23.

Players fought through nine Swiss rounds where the top 32 advanced to a single-elimination bracket. The Liverpool Regionals were held using open team lists, which means that players were able to view their opponent’s team information before the beginning of a battle.