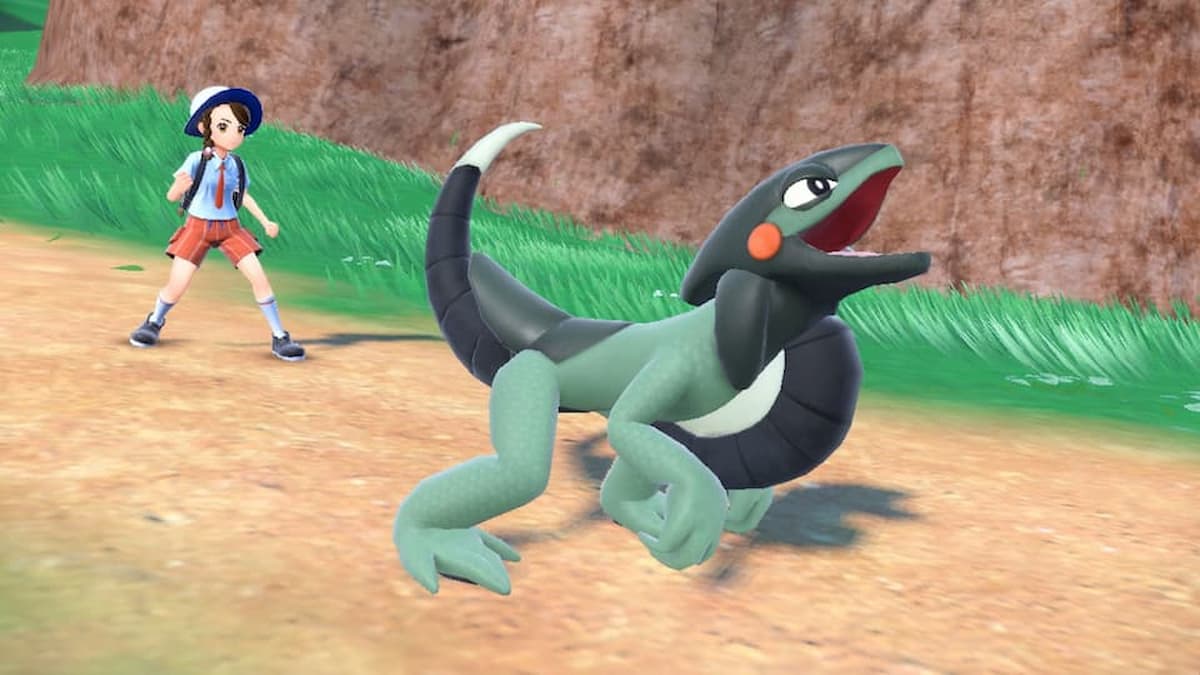 As part of the 2022 Pokémon World Championships, The Pokémon Company shared a brief trailer revealing several new elements of the Pokémon Scarlet and Violet, like new abilities, items, moves, and even a new Pokémon—Cyclizar.

Cyclizar is a Dragon/Normal-type Pokémon that has a very striking resemblance to the Legendary Pokémon that will be heavily featured in SV, Koraidon, and Miraidon. No specifics about the more modernized bike lizard were shared, but keep an eye out for potential ties closer to the game’s release.

Along with Cyclizar, a new move called Shed Tail was shown, which will create a Substitute and then see the Pokémon using the move swap out with a Pokémon from the user’s party while maintaining the Substitute.

Several new items were also revealed, including the Mirror Herb, which allows players to copy an opponent’s stat increases when consumed and Loaded Dice, which provides multi-hit moves like Bullet Seed a higher percentage chance to hit more times.

Potentially the most competitive of the new items is the Covert Cloak, which will protect the holder from additional effects of moves used in battle. This means it can avoid being flinched by Fake Out and other similar moves.

On the subject of SV’s core battle mechanic Terastallizing, we now have gameplay showing just how the gimmick will work. This includes the Fire/Rock-type Coalossal Terastallizing into a Water-type and taking reduced damage from an incoming Hydro Pump while still getting a boost from its Steam Engine ability, and the Rock/Dark-type Tyranitar becoming a Ghost-type to avoid an incoming Close Combat entirely.

The new move Tera Blast was also shown, which acts like Weather Ball in that it is a Normal-type move that will change type depending on the Terastallized type of its user. Tera Blast inflicts damage using the Attack or Sp. Atk stat—whichever is higher for the user.​