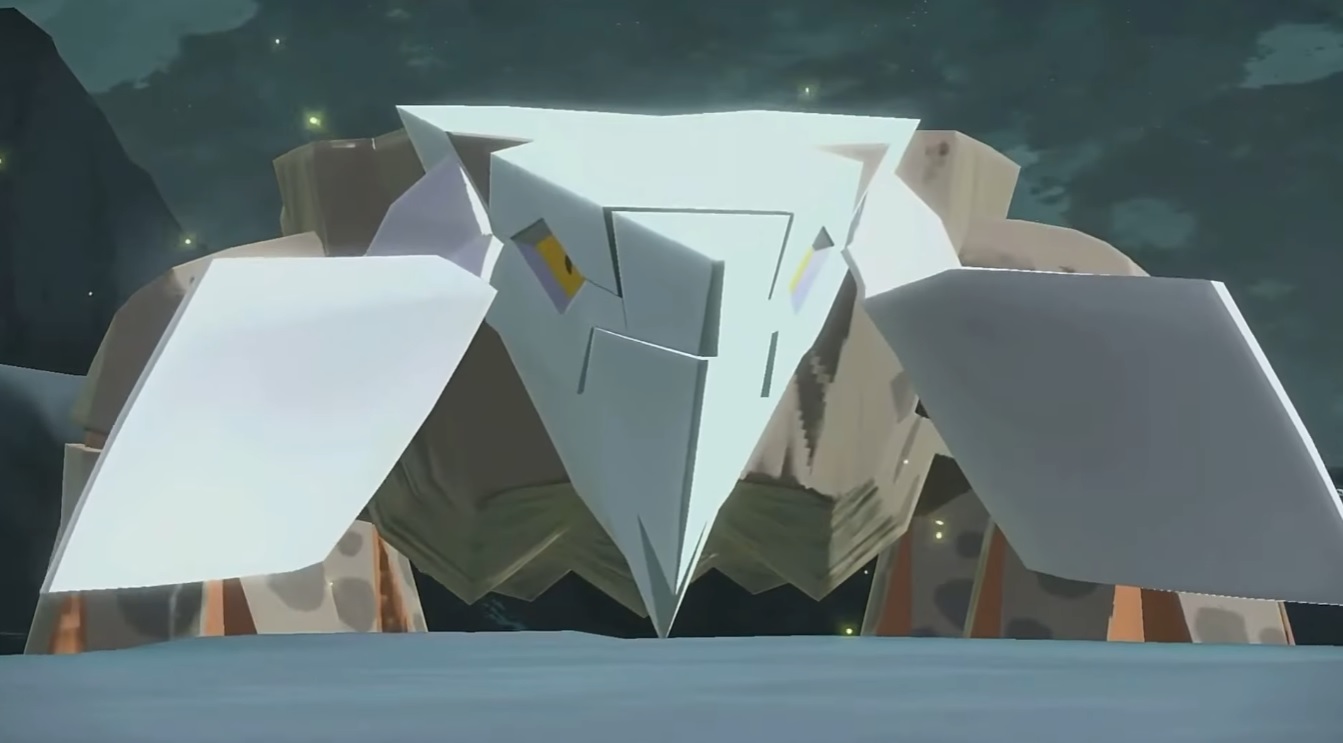 Since the beginning of the Pokémon series, the Ice-type has remained one of the strongest types in the game. While weak to more common types, including Fire, Fighting, Rock, and Steel, the Ice-type served as the most efficient counter to the powerful Dragon-type for nearly 15 years before the Fairy-type was introduced.

The number of Ice-type Pokémon pales compared to other types, despite almost every region possessing some snow or ice area. Despite their small number, many Ice-type Pokémon make their way onto the favorites list of many players due to nostalgic factors, their designs, or how powerful they fare in battle.

While we wait to see what new Ice-type Pokémon join the ever-evolving Pokédex in Pokémon Scarlet and Violet, expected to release on November 18, we have compiled a list of the best Ice-types from all eight current generations.

Pokémon X and Y introduced new fossil Pokémon, each with a secondary type that no fossil Pokémon had ever possessed. One of these Pokémon is Aurorus, the first fossil to have access to the Ice-type and ability that turned Normal-type moves into Ice-types.

Besides its design echoing the majesty of the Aurora Borealis, Aurorus was notable for introducing a new move into the series: Freeze Dry. This move deals super-effective damage to Water-type Pokémon, who otherwise resist Ice-types, and is the only move of its kind to have such an effect.

While Avalugg joined Aurorus as some of the only Ice-type Pokémon introduced in the Kalos region, it only appeared as Gym Leader Wulfric’s partner Pokémon. Yet it wasn’t until Pokémon Legends: Arceus that this Pokémon’s popularity skyrocketed from a fight that stumped many players.

Avalugg gained a Hisuian form in the debut of the Hisui region, becoming part Rock-type while remaining an Ice-type. Without spoiling too much, it served as one of the many challenges players must overcome and perhaps the biggest challenge players face. As players ventured through Hisui, encountering Hisuian Avalugg was a surprise, leading to an unforgettable battle.

One of the unexpected new forms introduced in Pokémon Sword and Shield was a Galarian Mr. Mime. In this new form, Mr. Mime shifted away from its miming prowess and picked up some new tap dancing skills and the Ice-type.

Fans clamored over their love for Mr. Mime for the first time in the series. This Galarian form took all of the strangeness of the original Pokémon and replaced it with a passion for dancing while retaining the species’ love for performing. While its new evolution, Mr. Rime, takes this spectacle to the next level, Galarian Mr. Mime caught the hearts of many players and Ice-type fanatics alike.

Mamoswine’s popularity grew immensely thanks to the official Pokémon anime. While Ash and his friends traveled through the Sinnoh region, Dawn caught a Swinub that quickly evolved into Mamoswine, a newly-introduced Pokémon to Diamond and Pearl. This powerhouse became an unexpected yet welcomed addition to Dawn’s team, even providing her with new strategies for contests that brought her to the Grand Festival.

Swinub and Piloswine have long been staple Ice-type Pokémon, though they struggled immensely due to their stats and weaknesses with their combined Ground-type. Luckily, Mamoswine took this evolution tree past its limits, becoming one of the strongest Ice-type Pokémon accessible to players.

Moves like Ice Shard and Icicle Crash make Mamoswine an overwhelming presence in battles. Coverage of its weaknesses through moves like Stone Edge and Earthquake increases its potential to take down opponents. Even after all these years, Mamoswine continues to be a powerful Ice-type option for players whether they want to battle competitively or casually.

Many fans remember their first attempt at locating and catching Articuno in Pokémon Red and Blue. Hidden deep in the Seafoam Islands, players had to pass multiple floors of Strength puzzles just to get a glimpse of the Freeze Pokémon.

Afterward, players had to capture the Legendary Pokémon, which is no easy feat. Atricuno has returned in a handful of Pokémon titles since, each time testing the limits of trainers while freezing them in their tracks with powerful Ice-type moves.

Though Articuno possesses a myriad of weaknesses that make it challenging to use in battle, its status as one of the first Legendary Pokémon makes it one that many players will never forget.

Eevee’s Ice-type evolution Glaceon first appeared in Pokémon Diamond and Pearl and immediately became one of the most popular Eevee-lutions. Boasting high Special Attack and Special Defense stats, Glaceon flourishes under the pelting Hail, where its ability to take down opponents grows further.

The simple yet majestic design of Glaceon has allowed it to stand out among its Eeeve-lution counterparts. Upon returning to the anime in Sinnoh, even the trainer May showed how Glaceon became an asset to her success as a Pokémon Coordinator.

While Glaceon continues to face competition from its fellow evolutions, it has maintained its popularity for nearly 17 years with no stop in sight.

Snom hasn’t been with us for long, but when fans saw it, they immediately fell in love.

This Ice-and-Bug-type Pokémon, the first of its kind, hasn’t got much to offer before it evolves into Frosmoth, but its design was enough to catch all Ice-type fans. Its small yet snuggly stature, alongside a simple and powerful name, has skyrocketed this Pokémon to the top of official popularity lists.

In Pokémon’s 2020 popularity vote, Snom ended at number 30 out of nearly 900 available options, even though it had only been around for two years. The power of this small Ice-type lies not in its ability to fight, but in its ability to warm even the coldest hearts.

Fans may have fond memories of Weavile from adventuring across various titles or succumbing to its speed and attack under Team Galactic’s boss, Cyrus. Weavile is one of the most valuable Ice-type Pokémon, no matter where it appears.

Ice-type Legendary Pokémon are few and far between. For years, players had to balance Articuno and Regice as the most powerful Pokémon of their type, yet even those Pokémon had flaws. Then, Pokémon Black and White released, and a new Legendary Ice-type beast stepped in.

Kyurem, the third piece of the trio consisting of Reshiram and Zekrom, is the most powerful Ice-type Pokémon. Its base form alone has the power to completely freeze and reshape towns and cities to its liking, yet its alternate forms are where its true power lies.

In Pokémon Black 2 and White 2, Kyurem served as the main antagonist, working with Ghetsis to gain control over Reshiram or Zekrom and become White Kyurem or Black Kyurem, respectively. These forms combine the power of two Legendary Pokémon to create what are still some of the biggest threats of all Pokémon in existence.

Pokémon Sun and Moon introduced regional forms into the series, giving new looks to Pokémon that players have been familiar with for years. The mechanic has since been instituted in nearly every new mains series game, yet one of these regional forms stands out as a favorite for all kinds of Pokémon fans—and it happens to be an Ice-type.

Alolan Ninetales, having become the Ice-and-Fairy-types to adapt to the Alola region’s climate, takes Kantonian Ninetales’ elegance to the next level. Its snow-white fur and tails resembling arctic winds allow it to blend into the snowy mountains of Alola freely without being detected by trainers or other Pokémon.

In battle, Alolan Ninetales has access to the Snow Warning ability, which causes Hail to pelt the battlefield. This allows Alolan Ninetales to use its signature move, Aurora Veil, which acts as both Reflect and Light Screen yet can only be used while Hail is active.

Alolan Ninetales has been enchanting Pokémon players for the past six years and is regarded as one of the best Ice-type Pokémon. Whether it be freezing enemies with a Blizzard or helping to cook some curry, this Pokémon has something to offer all players.