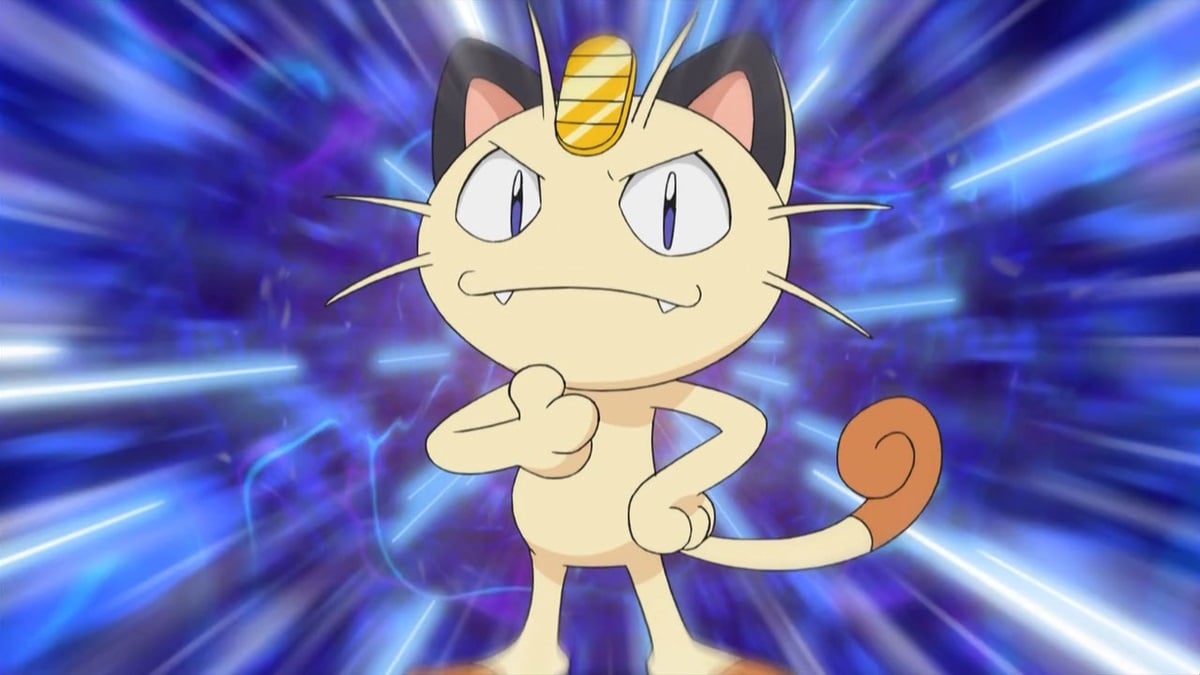 Meowth - Screengrab via The Pokémon Company

The Pokémon franchise has added over 800 species since the first entries in the franchise, Pokémon Red and Blue.

Each of these species has its own unique appearance, and many of these are inspired by animals or objects. Some species’ inspiraiton is obvious, while others are more subtle.

In this article, we will be taking a look at all the Pokémon in the franchise that were clearly inspired by cats.

In eight generations of Pokémon games, there have been quite a few cat-like species introduced into the franchise. While there has been debate regarding the inclusion of species such as Mew, Eevee, Mewtwo, and Entei, we will be keeping this list to strictly those that are undeniably influenced by our feline friends.

The most well-known cat-like Pokémon, Meowth grew to popularity thanks to its prominence in the Pokémon anime. Its cat-like features are obvious, but Meowth is unique since it stands up on two legs.

The evolved form of Meowth, Persian looks the most like your traditional feline. Boasting the same beige coat and a shiny gem embedded on its forehead, Persian’s design differs slightly from Meowth’s.

Released with Sun and Moon, Alolan Meowth has a similar appearance to the species’ standard form. The differences can be seen in the coat coloring and facial features present in this Alolan variant.

The Alolan form of Persian is similar to Persian’s original form. The changes present in this species are its coat color, facial features, and the species’ demeanor.

Added to the franchise with Sword and Shield, Galarian Meowth offers the biggest changes to the species’ look. This version has a much fluffier coat of fur and, unlike the other two variants, doesn’t share the sinister demeanor. Instead, it has a more untamed presence.

Perrserker is the evolution of Galarian Meowth and stands on two feet. This Viking-themed Pokémon boasts an impressive beard and set of horns fitting of its roots.

The first Legendary Pokémon introduced in the franchise that’s based on a feline, Raikou is a gen-two, Electric-type beast. The saber tooth tiger inspiration is obvious from its design, but it also boasts many unique features that pay homage to its Electric type.

Skitty is a species clearly boasting a cat-like design. The Hoenn Pokémon has a unique pink fur coat and three flower-like accents sprouting from its tail.

The evolution of Skitty, Delcatty boasts a similar aesthetic to Skitty but on a larger scale. Outside of its size, other notable changes include its tail and new scarf piece.

A Pokémon introduced in generation four, Shinx is inspired by a Lynx cub. The species has a yellow X-shaped tail that gives away its Electric-type influence.

The evolution of Shinx, Luxio keeps many of the base design features while adding more black accents that appear like armor around the species’ head.

Luxio evolves into Luxray. This final evolution for the species boasts a fully developed armor-like fur coating much like a lion’s mane. Despite being substantially larger, Luxray still maintains the obvious influences found in the design of its previous forms.

Another species influenced by the domestic housecat, Glameow can be identified by its unique curly tail.

In one of the most drastic changes through evolution, Glameow becomes Purugly and the similarities are few. In this evolved state the sleek thin figure is gone in favor of a stocky build. The one thing that does remain is its unique curly tail.

Despite having the word lion in its name, Purrlion more closely resembles a leopard cub or housecat.

Liepard can be identified by its yellow circles and purple coat. These spots are most similar to a leopard, which makes a lot of sense given the species’ name.

Known as the Lion Cub Pokémon, Litleo is the spitting image of a lion cub with a unique red and yellow mane forming on its head to hint at its Fire-type.

In its evolved state, Litleo’s influence is undeniable. Pyroar is unique in that the male and females of the species boast different appearances. The males have an impressive mane surrounding their face, while the female mane protrudes from the top of their head.

Another cat-type species that walks on two legs, Espurr has a unique look to match its Psychic type.

Meowstic is the evolved form of Espurr. Similar to Pyroar, this species has different forms for the males and females. While they share a similar design, with both walking on two legs and sharing a fluffy exterior, the males of this species are predominantly blue with white accents, while the females are the opposite.

Litten was introduced in generation seven as the Fire-type starter Pokémon. This species boasts a kitten-like appearance with a black and red coat coloring.

The first evolution of Litten, Torracat boasts a similar look to its pre-evolution, but this species is slightly larger than its previous form.

The wrestler-styled Pokémon, Incineroar is a shift in design from its previous evolutions. First, this species is much larger and walks on two legs. The most notable feature of this species is its stocky build. The similarities kept throughout these evolutions are the fur color and design as well as the feline-like features.

The cover species of Pokémon Sun, Solgaleo is clearly inspired by a lion given its clever use of its solar-themed mane. This species has a striking design, boasting a standout white, yellow, and orange color palette.

Also introduced in the Sun and Moon games, Zeraora boasts a feline-like appearance while standing on two feet. The Electric-type Pokémon shows this off with its bright yellow fur coating with black and blue accents.