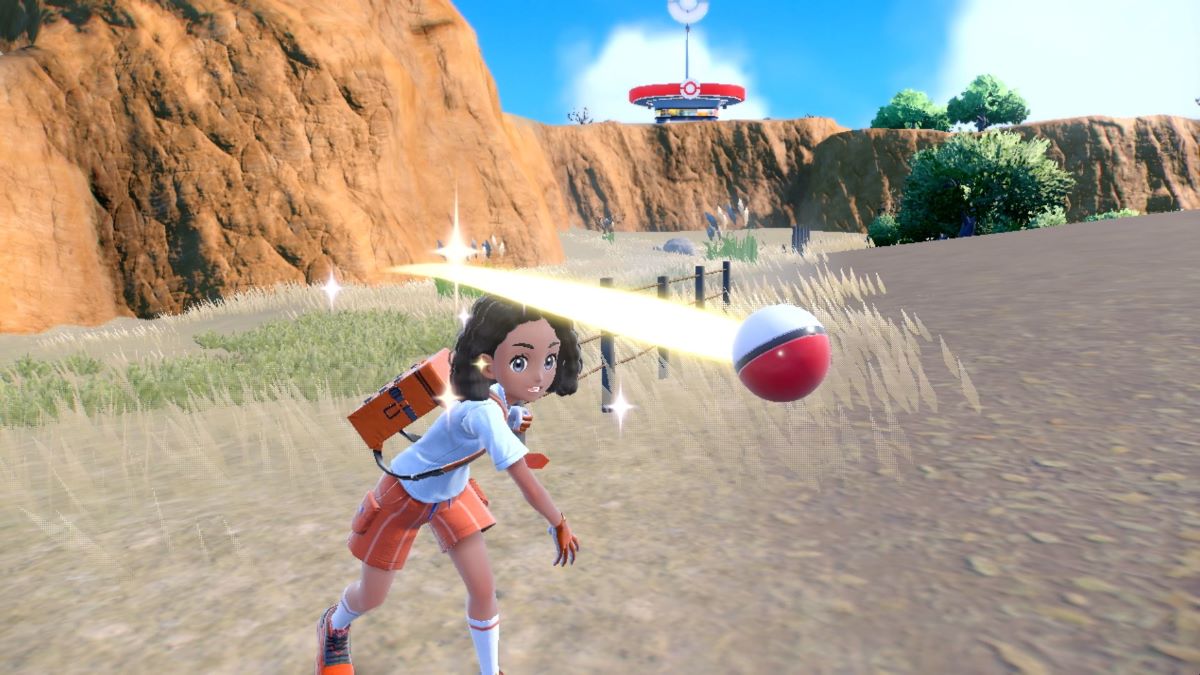 For Pokémon Trainers to be the “very best,” they must first pass the “real test”  to catch Pokémon. They need to have their collected Pocket Monsters to face their opponents to prove their skills and strength as Trainers in Pokémon battles.

To do so, Trainers use Poké Balls to catch Pokémon in the wild. Aside from being the primary tool to get their desired Pokémon, these balls serve as a Pokémon’s shelter. Trainers call out their Pokémon from Poké Balls before engaging with an enemy in battle.

The standard red Poké Ball, seen on the back of a Pokémon card, is the most common among all Poké Balls available. It is also one of the main symbols that embody the franchise, establishing a significant meaning that when you see it, you would always think of Pokémon. But different variations of the Poké Ball are available, with different colors and designs. These can be used for different purposes and effects, and knowing which are the best among those might help you become a better Trainer.

Here is our list of the best Poké Balls, ranked based on their accuracy, effect, purpose, and overall impact on the Pokémon series, games, and community.

As its name suggests, the Dive Ball is inclined with the Water type. This Poké Ball is designed to specialize in catching Water-type Pokémon, especially when Pokémon introduced the Dive mechanic in Generation Three. The Hoenn Region is also comprised of a handful of water routes, making the Dive Ball one of the most useful Poké Balls in the region.

The Dive Ball has a 3.5x catch rate modifier. If you go surfing or fishing in the games, using the Dive Ball can be your best option since it becomes boosted while doing any of those activities. It also has an oceanic blue color, highlighting its sea-themed purpose and advantage.

The Beast Ball is the only Poké Ball introduced in the Sun and Moon games. Beast Balls capture Ultra Beasts, making the Trainer’s life a lot easier when they would try to catch these inter-galactic pseudo-Legendaries thanks to its 5x catch rate modifier.

The only downside with the Beast Ball is that you can only use the 5x catch rate modifier in catching Ultra Beasts, specifically. If you use it in other Pokémon, it will be depleted into a catch rate of 0.1. Still, having it used against the Ultra Beasts already gives you the upper hand. Its design is futuristic-themed, and that look is definitely one-of-a-kind.

It may seem nonsense if you plan to catch a Pokémon you already caught. But for some, it has a purpose, especially if they want to have a version of a certain Pokémon with a better individual value (IV), as well as having another gender, or just for the sake of catching one of its replicas. That’s what the Repeat Ball specializes in.

The catch rate modifier of the Repeat Ball increases from 1x to 3-5x when you use it to catch a Pokémon already registered in your PokéDex. It is also quite easy to get into the games since you can purchase the Repeat Ball at most Poké Marts. Reserve it for its intended use because it’ll just become an ordinary Poké Ball if used on unregistered Pokémon.

If you want to catch a Pokémon quickly, regardless of your reason, then the Quick Ball is the best choice. It can provide a 5x catch rate modifier during the first turn when you encounter a Pokémon. This is applicable even if your target still has full health.

The Ultra Ball cemented itself as one of the most iconic Poké Balls in history. It was introduced all the way back in Generation One to be a catching tool for any Pokémon, but with an increased catch rate modifier, serving as the first best alternative for the Master Ball.

It has the general effect of having a 2x catch rate modifier on all Pokémon, especially the wild ones. But just like the Poké Ball and Great Ball, the Ultra Ball cannot be used in situations wherein there are two or more opponents, or even against a trial Pokémon. Still, the Ultra Ball is called the Ultra Ball for a reason, which is because it’s one of the most effective Poké Balls to date.

As mentioned earlier, the plain Poké Ball is the standard of all Poké Balls. It has a catch rate modifier of 1, making it the most basic type of Poké Ball. But its significance to the franchise is undeniable, especially with its aesthetic that has become one of the most significant symbols in Pokémon.

The standard red and white Poké Ball has been on most merchandise of the franchise. It’s become so embedded in the franchise that as soon as you see it, you’ll think of nothing but Pokémon. . It is also the freebie when you start your journey in the games, which can really test how you should catch Pokémon since it is the only type of Poké Ball without any added advantage or conditions required to fulfill or to take advantage.

Using a Pokémon with a very high attack or special attack stat is not always an advantage. Sometimes, it becomes a hurdle because of its power that can knock out a lower-level Pokémon that you aim to catch. That is why using the Nest Ball during these cases is the best option since it is specialized to catch a Pokémon who is weaker than the one you have out.

The Nest Ball’s catch rate modifier is quite complicated to understand, since it requires a particular equation as the determiner. Though those who have a level from 1 to 29 are the best targets, otherwise, it just becomes 1x. But if you have the foresight to save Nest Balls for those encounters, it will be to your advantage.

The Dusk Ball is one of the few Poké Balls whose design fully covers it. What makes this design unique is the design on the bottom half of the ball, which is colored white on most Poké Balls used in the franchise. It has a mix of black and green aesthetic with some gold or yellow-orange lining. But apart from its design is the effectiveness the Dusk Ball brings to the table.

Dusk Balls are very useful when you try to catch a Pokémonin a cave, or when you explore during nighttime. Its catch rate modifier increases from 1x to 3x when used in those conditions, which is where the Dusk Ball gets its name. They are also quite plentiful in games because you can directly purchase Dusk Balls from various vendors along the way.

Aside from our number one pick, the Timer Ball is almost the most effective among all the Poké Balls available in the Pokémon franchise. It could be considered the opposite of the Quick Ball since it becomes more useful the more prolonged a battle becomes.

The catch rate modifier of the Timer Ball begins at one. Its catch rate modifier goes up by one in every turn that passes during the battle, with a max of 4x, which is its full potential. Its even higher than the Ultra Ball, and can be very effective against Pokémon who can restore health or buy time by regenerating some of stats during battle.

Just head to the Poké Marts available in games to look for Timer Balls as they are pretty common. When the time is right during a battle, put the Timer Ball’s potential to the test by prolonging battle to get the highest chance of catching Pokémon, which can take a lot of damage.

The term ‘master’ is not just used as the highest title for a Pokémon Trainer to achieve. It is also a Poké Ball type, and the Master Ball is the best Poké Ball in the history of Pokémon.

It is simple. The Master Ball has a catch rate modifier of 255x, making its catch rate 100 percent all the time. That’s how powerful it is, but just like the saying goes, “with great power comes great responsibility.”

In each playthrough of the mainline Pokémon games, you’ll normally only have one Master Ball available. But if you are lucky enough, you can get an additional Master Ball if you win in a lottery in the games. That is why it is best to save it when you would catch a Legendary Pokémon because it’s a guaranteed success for catching Pokémon and would be the best ideal option for Legendaries. Indeed, the Master Ball is the greatest Poké Ball of all time and no one can outshine it—unless a master of the Master Ball exists…