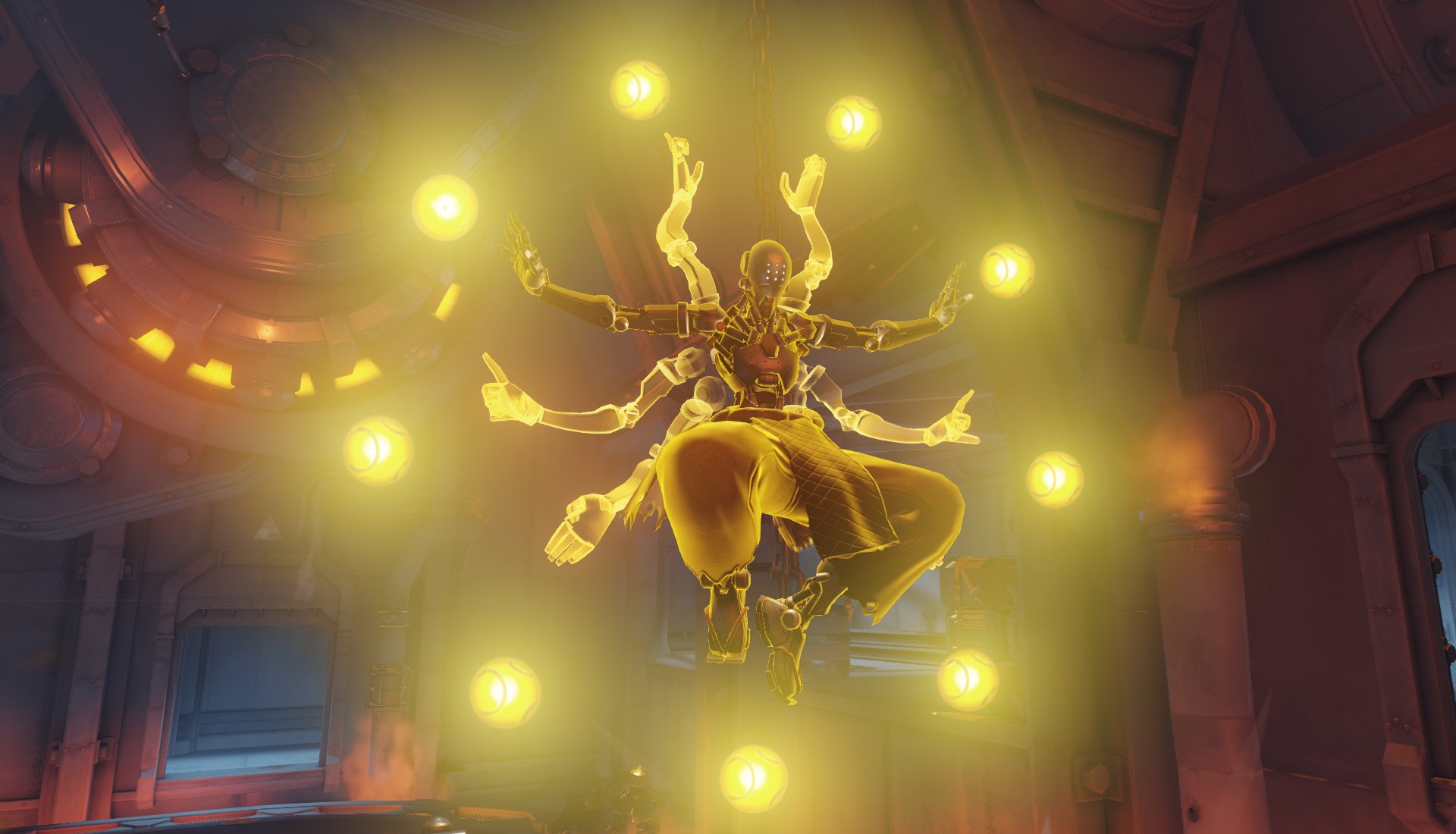 After recent tweaks to Mercy and Symmetra, Blizzard said it’s looking at a few other heroes to adjust before launch in the Overwatch 2 beta.

According to the data that the developer is seeing from playtime in the beta, one hero from each of the game’s roles may see some changes. Whether or not the changes will come during the beta or just for the game’s launch is unknown, but the team is keeping an eye on everything.

“There are some other heroes we are watching, like Zenyatta and Sojourn, who may need to be tuned down a little prior to launch,” Blizzard said. “We like the direction of Roadhog’s ultimate changes in the beta, and we’re now working on making it feel more intuitive and polished.”

Sojourn, the game’s newest damage hero, is a popular pick due to her mobility and damage-dealing output. Zenyatta, meanwhile, has become popular once again after some recent changes, and a change to how Roadhog’s ultimate functions made him a common choice as well.

Elsewhere, Blizzard highlighted Junker Queen, the new tank added in this iteration of the beta. With more players wanting to try her out, the queue times for tank play has seen a hit. But Blizzard said it’s “been encouraged to see queue times improve and even out somewhat already.”

“Our initial thoughts on her gameplay are that she fits well into the more offensive, aggressive playstyle in Overwatch 2,” Blizzard said. “We’ve fixed a few of her bugs in the upcoming mid-cycle patch, but she’s still early in the testing phase. We’re going to continue to watch how she performs in the beta to prepare her for our launch.”