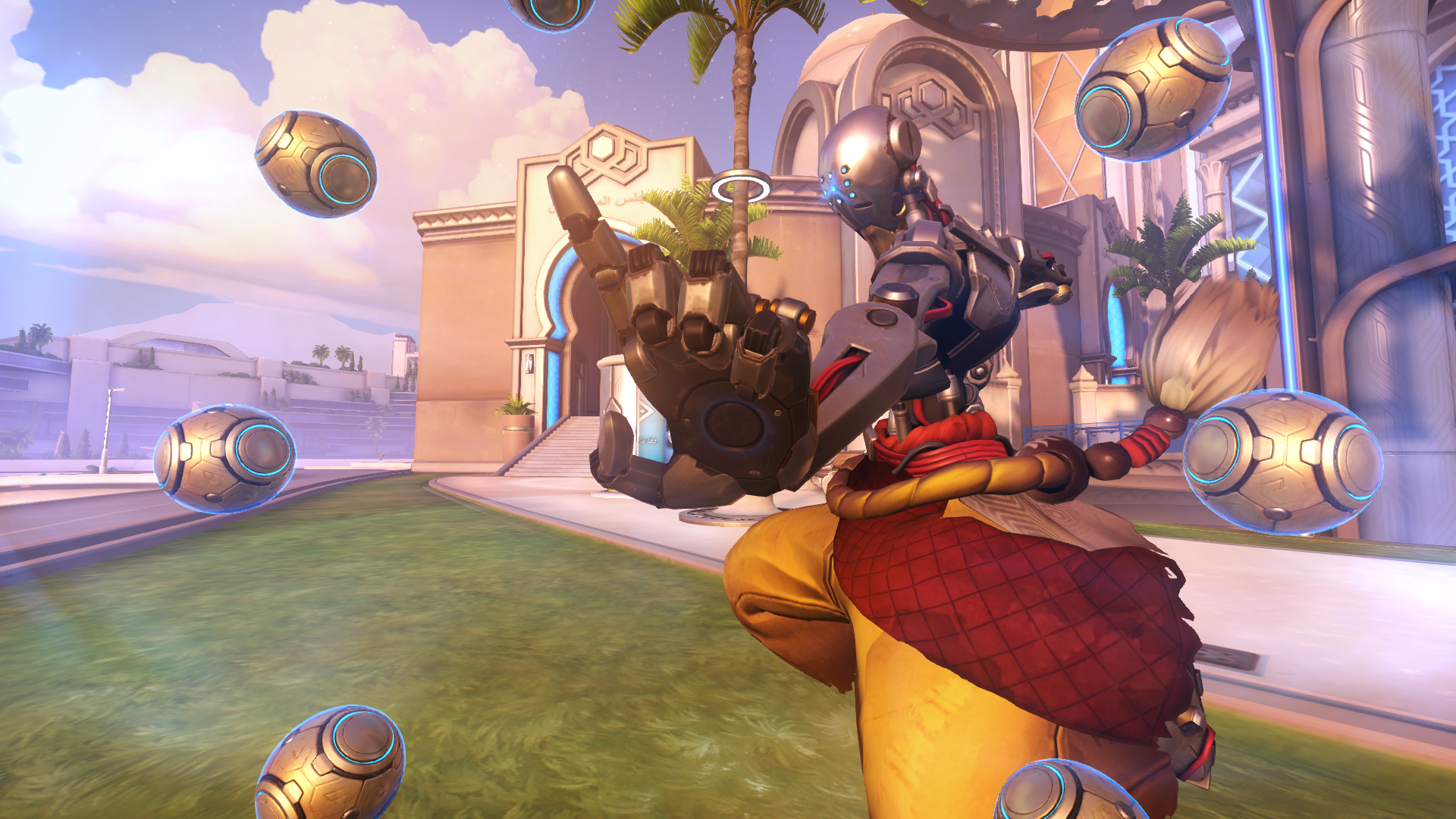 Zenyatta is a hard Overwatch character to cosplay. Something about that metal body and robot face is a challenge. Oh, and he floats. We’ve seen some pretty impressive renditions thus far, but one cosplayer has stepped up the game.

Effekted Cosplay’s classic Zenyatta is a stunning—and massive—version of the Overwatch healer. There’s an impressive amount of detail throughout Zenyatta’s body and face, but more importantly, he floats. The Zenyatta cosplay piece actually sits on the wearer’s shoulders, with a viewing space right in the omnic’s abdomen, much like a wearable puppet.

A bluetooth speaker is embedded in Zenyatta’s chest so that voice lines can be played from a nearby phone.

The whole process of Zenyatta coming together is documented on Effekted Cosplay’s Facebook page, and it’s fascinating. The piece started simply as some PVC tubing vaguely representing Zenyatta’s shape. From there, Effeckted Cosplay filled out the body, adding Zenyatta’s orbs and clothing.

The whole series of photos from start to finish is available on Effekted Cosplay’s Facebook page. It looks like it’s going to be a pretty heavy piece, but totally worth the struggle it might take to wear it.