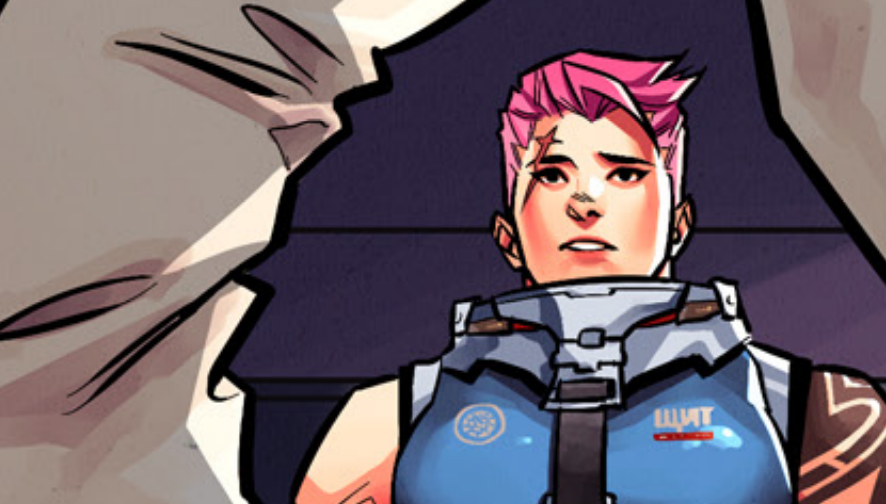 Searching is a direct sequel to Overwatch animated short Infiltration, following Zarya on Katya Volskaya’s orders to hunt down illusive hacker Sombra. Zarya travels the world looking for Sombra—and she’s not successful until she meets omnic hacker Lynx Seventeen. With his help, Zarya is able to track Sombra down to Dorado.

Throughout the piece, Zarya is overtly prejudiced against omnics. She doesn’t trust them: Her Russian village was destroyed in the omnic crisis, and she’s unable to see past that hatred. It’s not until she travels around Dorado with Seventeen that she starts to understand his perspective. But before that, we meet someone we already know. Alejandra is back.

Once just a face in the Soldier: 76 short, Alejandra is the one person in Dorado who knows where to find Sombra.

You’ll have to read it yourself to find out what she chooses. But let’s just say, Zarya will likely never be the same again. There’s no motion version of the comic just yet. Instead, it’s only available on the Overwatch website.