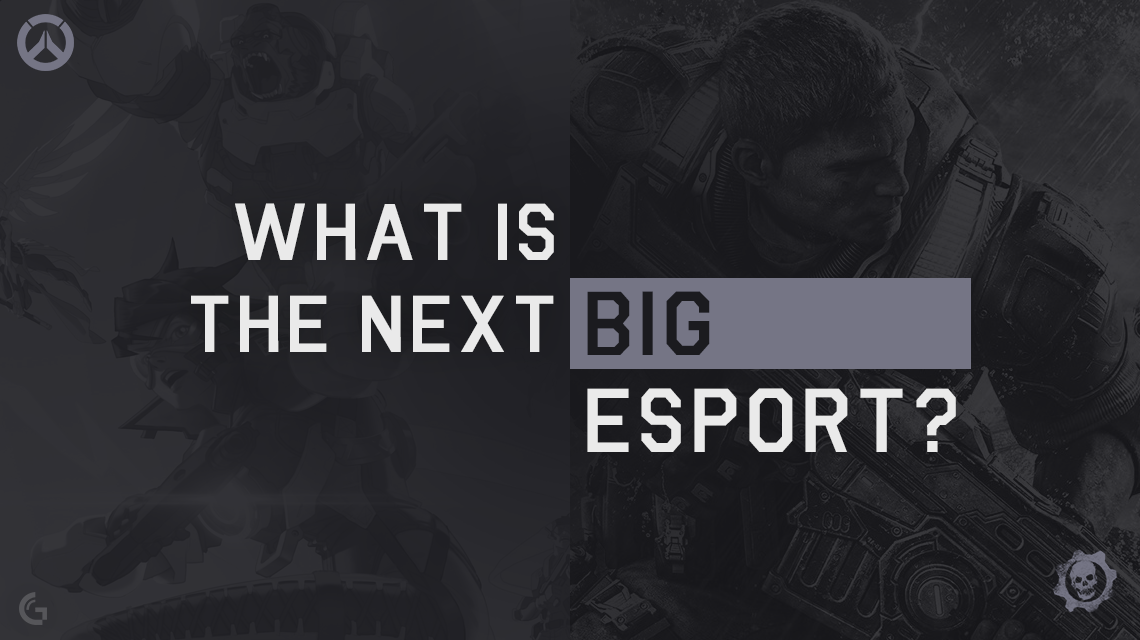 Esports have been growing and gaining global appeal at a rapidpace these last few years. As the industry continues to grow andmore games try to adapt and reach the top of the industryalongside the likes of Dota, League ofLegends, Counter Strike: Global Offensive, and more, whichgame is actually cut out to become the next big esport?

Overwatch is one of the obvious first choices, as the game hasbeen growing at a phenomenal pace these past few months due to itspublicity and public appeal, even giving League of Legends a runfor its money in South Korean Internet cafes, which have reportedrapid rises in playtime over League of Legends these past fewmonths. Yet, it’s worth waiting to see how things pan out. We donot want to believe the game is based on hype alone and itslong-term sustainability is still yet to be seen.

We ourselves at GAMURS have started to give Overwatch a lotmore love, looking at the current meta and even going into an in-depth look at the game. So,on a personal note, I myself am hoping to see this trend tocontinue and hope to see Overwatch get more love in its future.

It has been a long time coming, but with the release of Gears ofWar 4, the series seems to slowly be coming back into thespotlight with Microsoft so willing to push it into theesports scene, offering huge cash prizes for its recently revealedpro-circuit and even going as far as to hype up its returning scene.

It will be interesting to see if the community takes a liking tothe newly-formed pro-circuit and if the game can offer fans andplayers accessibility. With the game not being out at the time ofwriting this article, there are still a lot of questions hangingover its overall gameplay, mechanics, and sustainability, but it issomething that people should keep an eye on for theforeseeable future.

Yes, it is already out in arcades.

Yes, Evo already had a tournament for it and it was hype.

Yes, Japan can already play it.

But as a game, it is still not readily available to the massesand the majority of the players at the recent EVO 2016 weremostly from Asia, as only a few Europeans and Americans representedtheir regions in the tournament. Looking forward as a fighting gameesport, Tekken 7 could become huge if it is dealt with correctly.The game could prove to be the next big fighting game. The rosterin-game is looking ever impressive, the mechanics are as tight asthey have ever been and, if the game continues to have regularupdates based on solid, fair and competitive play, we could belooking at a masterpiece that could bring Tekken back into thelimelight in a fighting game esports scene which has beenprominently held by Capcom these past few years with StreetFighter, Marvel vs. Capcom, etc.

The Pokémon company has always pushed its Pokémonbrand to the extremes when it comes to the international stage. Tosay Sun and Moon also won’t be pushed in the same way would beuntrue for all the right reasons. The game seems to expand on anever-present competitive scene, bringing in new ways to play andnew methods that will be sure to excite and frustrate thecompetitive side as a whole as they look to prepare themselves torelearn the game all over again.

The game is sure to follow the traditional trend in thePokémon Company’s own international championships, beinghosted beside Pokken Tournament (another recent fighting game tohit the scene) and, of course, its internationally recognised cardgame. The Pokémon side of things has always had a very loyaland hardcore following, and I imagine that with the success ofPokémon Go we may see this following expand in due time.

Do you agree with our suggestions? What do you think could bethe next big esport? Send all your comments to @GAMURScomand @MonkeyKingHero on Twitter or post in the commentsbelow!