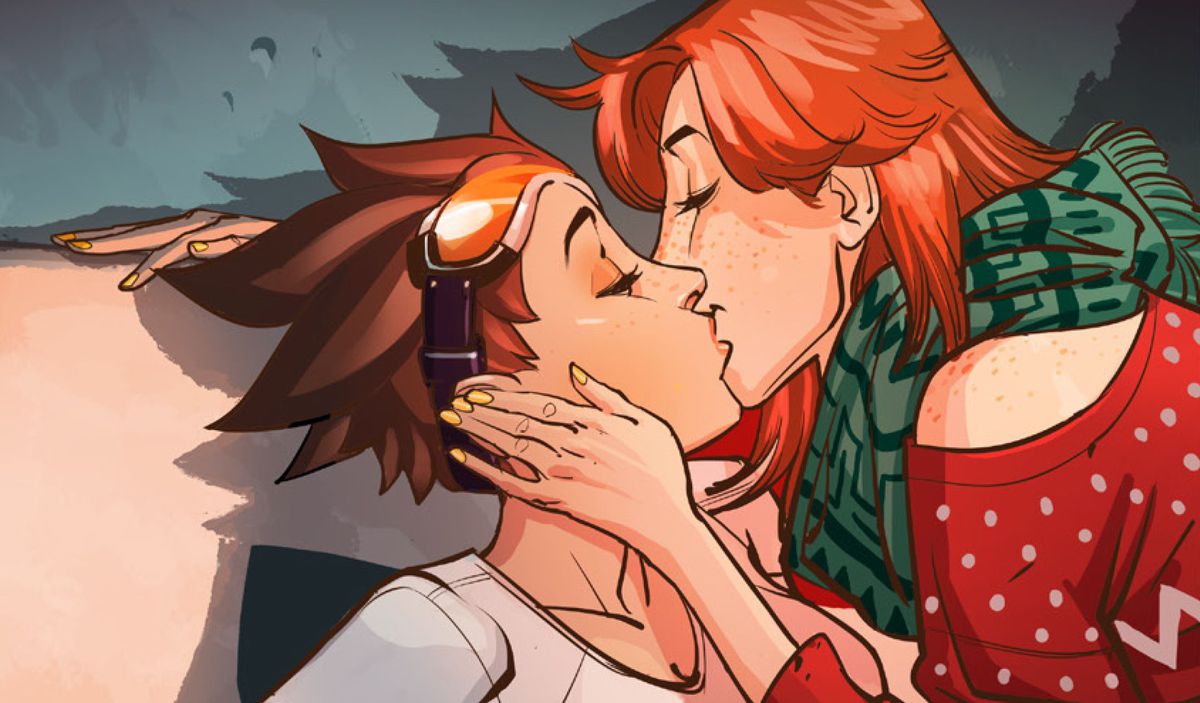 Despite being very important to much of Overwatch’s fanbase, Tracer’s sexuality has been left relatively unexplored since Blizzard introduced the time traveling hero’s girlfriend in December.

The only reference to Emily, Tracer’s partner, was in the Reflections comic, but that’s about to change. On the Overwatch public test region, Blizzard recently added a new voice line for Tracer, in which she talks about visiting Emily. “I wonder if I have time to visit Emily,” says Tracer. “No, better stay focused.”

Of course, the voice line could just be something generic that Tracer says before matches, regardless of the map she’s on, meaning that Emily may actually have no ties to the moon.

Regardless, it’s a big moment for queer advocates looking for Blizzard to embrace Tracer’s sexuality in-game. Queer visibility in videogames on such a level, with Tracer operating as the face of Overwatch, is uncommon. Embracing Tracer’s identity is a step forward for diverse representation in games.

“It’s a decision that we make when we’re developing these heroes early on,” Chu said in November at BlizzCon. “We want these stories about characters’ relationships—and not just romantic, but familial relationships and stuff like that—to come out in the course of stories that we feel really do them justice.”

The Horizon Lunar Colony map is in testing on the PTR now, with no official release date announced just yet. It—and Tracer’s new voice line—are expected soon, however.